My Mind is Traveling More Than I Am by Vonnie Davis

I feel like I've been traveling both physically and mentally since Calvin passed. Lake Marion in South Carolina with my youngest son, DIL, and Ryan at Tina's parents lakeside house was my leaping off point. I've been to Paris to sprinkle some of Calvin's ashes as I promised him. Then onto the Scottish Highlands to visit the areas I've been writing about for the last few years. 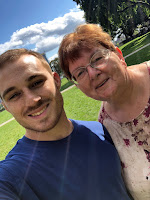 The next time I stepped onto a plane it was headed to Boston. I was going to spend three days with my grandson Ryan, a junior at MIT. He was eager to tell me something. Over lobster he'd bought, he told me he's staying on to get a Masters in AI--Artificial Intelligence. His employer, IronNet, is paying for the additional degree He's been with them for two years--fulltime during the summer and part-time during the school year. He loves what he's doing. "Being a Geek is awesome." Ryan is now writing code for a small country in Africa to protect them from terrorists who might try to infiltrate their energy grid and banking system.

We had a grand weekend, hiking over the campus, talking about Shakespeare and current events. We schlepped through the Boston Museum until it closed. Visiting his Frat House where he lives was also on the agenda he'd organized for our time together. 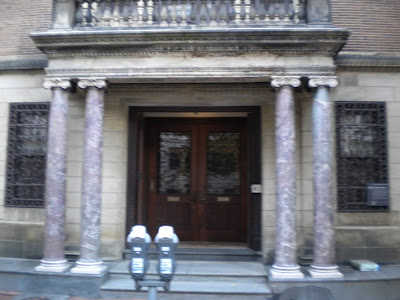 It's located in the Back Bay area of Boston. He has to ride his ten-speed across the Charles River to reach MIT campus. Before we stepped inside, I got this warning. "The first floor is whisper only except for eating time. I want you to see the Study Room. The walls are lined with overflow books from the Boston City Library. You'll see long tables and green table lamps often featured in library scenes in the movies. Oh, and no pictures taking in there, you'll disrupt everyone's concentration. There's a reason our fraternity earned the award for the highest GPA in the whole country."

We walked into a large foyer about twelve feet by twelve, the antique chestnut woodwork gleaming; lemon oil used to polish it fragranced the air. A round interictally carved table sat in the middle. To the right was a huge, book-lined room. Seven students raised their heads in unison, stared at me, and nodded once in acknowledgement before their gazes returned to their laptops. I'm telling you it was darned near creepy scary.

I wanted to tip-toe through that floor for fear my heels would click against the shining wood floors.

The dining room was immaculate, "How many students live here?" Ryan said thirty-five. "Does the Chef--yes, I said Chef--also clean?"

"We all take turns cleaning. Five of us every week, which works out  to about twice a semester." He lifted a shoulder. "Better than at home. There I had to clean my bathroom, my room, and vacuum the upstairs and steps every week."

On the second floor was a music room with a grand piano and other instruments on shelves. Ryan sat at the piano. "I wrote this just for you, Grandma." He played a classical-sounding piece he'd composed as a semester project for his Musical Technology class (his minor), His professor arranged for the Boston Pops to come to campus to play the piece for the class. He'd titled it "Someone I Can Always Go To" and I bawled like a baby.

"I didn't know you could play the piano," I sniffled.

He grinned. "YouTube, Grandma. You can learn how to do anything there."

My next trip was to Midnight and Magnolias Conference in Atlanta. You know my angst about pitching to agents. Did I even want an agent? Did I want to keep on writing? For that matter, could I even stop? Ah, the emotional travelings of my mind.

Did I want to step back into the stress of writing for publishers or would I self-publish in my own timing? 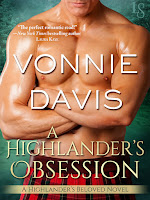 I received a call from my editor at Loveswept. While on Bookbub and the day after, "A Highlander's Obsession" sold over 2,000 copies each day. So, what was I working on now?

Mercy, did I want to go through this again? Sell or be dropped. I replied to the lady who'd told me I need to dummy down my writing that I'd get back to her.

I decided to toss out a challenge for myself. Depending on how she accepted it would help me decide. So, I emailed her this

Toolbelt Sexy
You know the type, Sue.
Rugged. Hard-working. Alpha. He wears t-shirts strained over hardened muscles, worn jeans that cup his manhood like a lover’s hand, and a quiet expression of determination. Just the sound of his booted footfalls in the other part of your home make you tingle with awareness. Who would guess a toolbelt riding low on a man’s hips could be so sexy, but on these men, it is. Oh yeah, so unbelievably wicked sexy. TOOL BELT SEXY.
Webb
Carlos
Dawson
Each 70-75,000 word book of the Tool Belt Sexy Series is set in a different place. There are few secondary characters. The desire, the passion, and the bumpy ride to their HEA is designed to fulfill the fantasies of romance readers.
She wants the first three chapters of book one. Oh, AND she wants to hear about "Golden Charm," the book more women's fiction than romance I'd pitched to agents at the conference in Atlanta. My chin dropped. How...how did she hear about that? Who had she spoken to?
This was creepier than college students actually studying in a Frat House.
My editor from HarperCollins emailed me today. "Momma V...I think of you often and hope you're adjusting to the painful change in your life. I just wanted to give you a bit of nice news --Santa Wore Leathers has been selected for the Kindle monthly deal of the month. I'm sorry not to tell you sooner, but we only just found out. Please do shout about it on Social … "
So, my traveling mind continues to hop about. Decisions made: I'll keep on writing. I can't NOT write. Yes, I'll continue to submit and lick my wounds when I'm turned down or a three-book contract is limited to two because of sales numbers. For sure, I'll continue the self-publishing. I love that level of control. 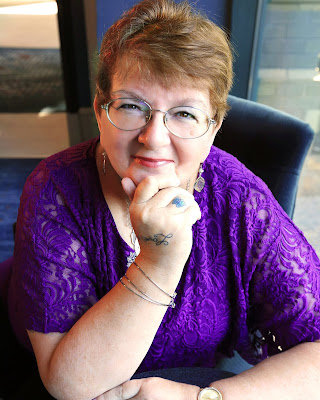 Oh, and those professional head shots I had taken at Midnight and Magnolias? These are the two chosen from the eight. 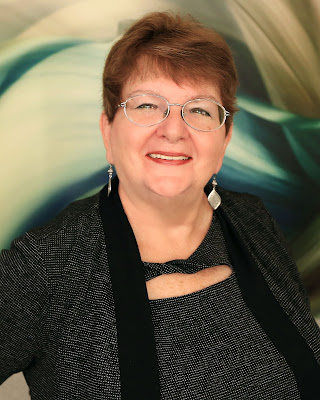 Ah, Vonnie, your wonderful relationship with Ryan and his amazing confidence, skill, and charm...remind me to be hopeful about his generation. I love the story of his quiet dorm with the men required to clean it! Yay! Sounds to me that good luck is coming your way with Santa Wore Leathers and the Sexy Toolbelt guys. And I'm glad you're dabbling in Women's Fiction, too. Get those stories out to readers, baby. Love your new pro pics...you're ready to strut your stuff!

Your time with Ryan teared me up. I so love my granddaughter, I can relate. Your writing career is getting amazing again. You look absolutely lovely. Congrats!

Thanks, Rolynn. I asked Ryan at the frat house, "So all the beer cans are kept upstairs?" He giggled. "Yeah. We are college students, after all." I replied thank goodness, I was beginning to think you guys weren't real. A couple guys walked by talking computer code. Ryan turned and chimed in a few "X's and O's." Surreal.

Grandkids are the best, aren't they Brenda? I have six. I traveled to Indiana last week to visit three of them. Tim is a licensed electrician, Josh head of security at a business, and my Sugar Dumplin' Eleni is working on her Masters in Sociology in addition to working at a Day Care. All the hugs and one-on-one chats were a balm to my often hurting soul.

Wow, sounds like your grandson is one amazing kid. Best of luck to you!

What a terrific visit you had with your very bright grandson! As for the new series, it sounds like exactly what the big pubs are looking for. My husband wears a toolbelt. Just saying. LOL

Well, Ryan's frat house is markedly different from my Son No. 1's frat house (about a decade ago!). My first step into the gloom and I threatened to call D.C.'s building inspector on them! Son No. 1 hustled me out pretty quickly. :-) Thanks for sharing your wonderful stay with us. I smile every time you write about your time together and can only hope to someday have a relationship like that with a grandchild...any grandchild...whatever I can get. :-)

Congratulations on your writing successes! (The Kindle Monthly Deal is HUGE!) I'm so glad you've found a renewed energy/focus, not just for you, but for your many fans (like me). :-) I love your fabulous new headshots.

Fabulous! Absolutely fabulous post. Thanks for keeping us updated on your travels and successes.

Thanks for sharing these awesome photos -- especially those headshots!

Ryan is pretty great, thank you, Jennifer. His biological mother moved out when he was 18 months old. He soaked up my attention and affection. Then Mike met a wonderful woman at work, someone who couldn't bear children. She needed Ryan as much as he needed her. Win-win. Still, he and I remain close.

I'm so impressed by Ryan, brilliant and a wonderful grandson. May I be as lucky someday. I'm glad you have so many possibilities for continuing your writing. It's good to have choices.

Thanks, Jannine. Ryan and I always have a good time together. Not that I don't have a good time with the other five. I do. I'm very blessed. As for my series proposal, I did it tongue in cheek. I should have known she'd jump at it. So sad.

Ryan was "rushed" by other fraternities, but he wasn't interested. His dad didn't belong to a frat house. He was a wrestler and lived in an apartment with six others. It was a dump. *shudders*

Thank you, ME. I feel like I've been on a long, emptional journey. Things are starting to come into focus now.

You're ore than welcome, Angela.

Thanks, Alison. All my grandchildren are special in his or her way. I'm blessed in my relationships with them, Your time will come and you'll love every second of it.

Arrived here late, but am I ever glad I did. Thanks for the play by play of your time with Ryan. Grandkids do have very special spots in our hearts, don’t they? Lucky you with six. We’re at four and counting. Congrats on all the writing/publishing/selling success. You remind me of the Energizer Bunny. Just keep on going...and going...and going... Enjoy!

I'd bawl, too, if my grandson (or g'daughter) wrote a piece of music for me. You sure have been traveling. Good for you!!! Your pitch at M&M conf. really has some great results. Choices. Options. Wonderful. Good luck with whatever you choose.