Self Publishing-the pros and cons by JoAnne Myers

Hello and thank you for allowing me to be here. I will also be awarding two lucky people who comment a PDF or paperback of their choice. The choices are: Murder Most Foul-a detective/mystery, Loves, Myths, and Monsters-a fantasy anthology, Wicked Intentions-a paranormal anthology, Flagitious- a crime/mystery anthology, The Crime of the Century-a biography true crime, Twisted Love:12 cases of love gone bad-a biography true crime anthology, and Poems About Life, Love, and Everything in Between.
The best thing about self-publishing is you are guaranteed to be published, no matter what type book you choose to write. Traditional publishers often look for something not yet written about, or seldom written about; such as true life alien abductions, or what Earth might be like in the year 4000, if humans last that long.
Self-publishing allows the author more leeway with subject matter. The author can tell it like it is; unlike traditional publishers who generally follow a code of conduct, for the fear of treading on someone’s toes. Traditional publishers always have that fear of being sued for libel, whereas self-publishers tend to not care what others think.
With self publishing every detail is up to the author. From hiring a professional editor if the self publishing author is not prolific in the English language. Editing is expensive, and every book, even self publishing needs some editing to help polish the final product. Self-publishing does offer editing and marketing services, but for an additional price, that can be expensive. All that work is taken care of by a traditional publisher, which means less headaches and work for the author.
When it comes to book covers, self-publishing companies usually give the author a selection of artwork to choose from. Some of this artwork is free, but some usually costs a few dollars. The free artwork is seldom great, and might not coincide with the book's material. For paid artwork at self-publishing companies, the artwork is upgraded and more pleasing to the eye, but is an extra cost, which might for some self-publishers mean an extra dent in their pocketbooks. Traditional publishers have their own art department, which means the author is guaranteed a terrific book cover included in the contract. Both self-publishing and traditional publishing companies, though, usually allow the author to use their own artwork if the author chooses to, especially if the book is about the author’s family, pet, friends, or profession.  Using personal artwork adds a touch of personification and genuine sincerity to the book; always a good selling point.
When it comes to any type of artwork, whether it be books, jewelry, or candles, artwork is usually a hard product to sell. If it were easy, all artists and authors would be wealthy.
With many traditional publishing houses, they get an average of 60% of sales, and the author is left with 40%. I understand Lulu allows 80% of the royalties to go to the author, and Amazon allows 70%, but that percentage is only applicable for books sold to certain countries outside of the U.S., such as Brazil, Japan, Mexico, and India, and only for titles enrolled in KDP Select.  This in reality, means that the author receives an average 35% of the sales, and Amazon gets the other 65%.
An author can struggle with locating a traditional publishing company for many reasons. They have written a book that only they are interested in; such as their family history. I don’t believe most would be interested in reading about someone’s family tree, unless it is as brilliant as the book Roots. If a author is struggling with locating a traditional publishing company, then self-publishing is for them. I for one believe that if a writer has written a book, they should continue seeking out the traditional publishing company. This only applies if their book is polished and ready for sale. If a book has many graphical errors, it will not be taken seriously by a traditional publisher. Getting away with graphical errors in a self-published book is possible, but it would be disappointing and frustrating to the reader.  Whether the book is self-published or traditionally published, the final product should be free of errors, and entertaining, and pleasing to the eye. In my opinion, when it comes to Lulu versus Amazon, Amazon bites the dust. Good luck.

Forethought:   It’s a chilling reality that homicide investigators know all too well: the last face most murder victims see is not that of a stranger, but of someone familiar. 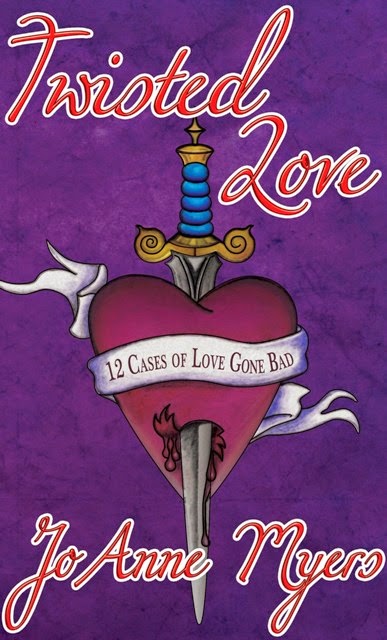 Blurb: When deaf students are murdered in the prestigious Rose Brick College of the  Deaf in 2008, everyone is shocked when discovering the killer is one of their own.

According to Dillon Short, Jose Nezda, would never realize the amount of pain he caused his victims’ families’. The tall father with the receding hairline and glasses said there was no amount of apology from Jose that would fill the emptiness in their hearts. Jose, said Short, was exactly where his kind belongs.
At a time when young people are a step closer to their future, and parents look forward to being empty nesters, a parent’s worse nightmare took place, in a small college town, in up-scale Massachusetts’.
Using sign language, forty-two-year-old Sandy, said good-bye to her eighteen-year-old son and youngest child Jeremy, as he excitedly exited her vehicle in front of the Prestigious Rose Brick School for the deaf. “Call me every night,” the slender freckle faced mother said in sign.
“Don’t worry,” signed the scrawny red-haired boy who suffered from Cerebral Palsy, as he smiled and walked into the four-story brick building.
Forty-seven-year-old Dillon, recalled how thrilled the family was upon hearing of Jeremy’s acceptance into Rose Brick.  “It was his first choice of college,” he said.
The energetic and always smiling student, shared his west wing dorm with similarly knowledge-craving and elated students, many far from home like him. Nineteen-year-old Mitch, a slender dark-haired and dark-eyed drama student, who dreamed of being the next Steven Spielberg, recalled how Jeremy religiously kept the door of his room open. He said the two became “fast friends.”
Everyone seemed to like the outgoing Jeremy with his infectious smile. He talked to everyone. No matter how late it was, if someone had a problem to talk out, Jeremy’s shoulder was readily available.
A female student recalled that Jeremy had two older sisters, and it didn't embarrass him to discuss girl stuff, such issues as boys or weight or jealously.  He always gave good advice, she said. His advice and their talks were what she said she would miss the most about him.
Everyone at school missed Jeremy that early morning, just one short month after the start of the semester. Mitch, who had the room two doors down, reported Jeremy missing from math class. He recalled that when leaving his room that morning, he had noticed Jeremy’s door closed. He thought that strange, because Jeremy’s door was always open. “He liked watching people walk down the hall and would wave at all of us,” Mitch said.

I have been a long-time resident of southeastern Ohio, and worked in the blue-collar industry most of my life. Besides having several novels under my belt, I canvas paint.
When not busy with hobbies or working outside the home, I spend time with relatives, my dog Jasmine, and volunteer my time within the community. I am a member of the International Women’s Writing Guild, Savvy Authors, Coffee Time Romance, Paranormal Romance Guild, True Romance Studios, National Writers Association, the Hocking Hill's Arts and Craftsmen Association, The Hocking County Historical Society and Museum, and the Hocking Hills Regional Welcome Center. I believe in family values and following your dreams. My original canvas paintings, can be found at: booksandpaintingsbyjoanne.com

Murder Most Foul-a detective/mystery
Wicked Intentions- a paranormal anthology
Loves, Myths, and Monsters- a fantasy anthology
The Crime of the Century- a biography true crime
Poems About Life, Love, and Everything in Between
Flagitious-a crime/mystery anthology

Other places to find Jo Anne and her books:

Posted by Brenda Whiteside at 3:00 AM 2 comments

Halloween brings out the love of horror in people. People who actually enjoy being thoroughly scared. People, like my good friends Alicia Dean and Nancy Gideon, for example. They love books and movies that frightened them half to death. Creepy movie marathons are for them. Not me.

Do you know what happened when—against my better judgment—my sister talked me into taking my kids (ages 8 & 9) to see Gremlins? We were visiting my sister—sans Hubs who stayed home—and she thought it would be fun. My idea of fun is not sitting in a theater with one kid on my lap and the other leaving fingernail imprints on my arm. Every time one of those creatures jumped out, they shrieked. And so did I. That night, the kids asked if they could sleep with me. They were that scared. I never told them, but I was glad to have the company . . . to keep my own nightmares away.

But that was not my first being-scared-out-of-my-wits movie. In my early twenties, I’d gone to a friend’s house for Halloween. After the trick-or-treaters had gone, we watched a movie called The Hand. Black and white and so old it’s not even in IMDB. It was about a severed hand seeking revenge. When the hand crept up the back of a car seat and strangled the driver, I was so freaked out. Silly now, but back then? I was terrified. The worst part was I had to drive home. I just knew that hand was going to creep up the back of my car seat and . . .

I think the scariest move I’ve ever seen was Deliverance. At the end, when that hand and arm came up out of the water, I lost it. I really had nightmares after that. What did Hubs who had taken me to see that movie do? Laughed. Great help he was.

I’m a wimp, a scaredy cat. I admit it. So while the rest of you get your kicks out of watching movies that make your hair stand on end, I’ll enjoy my happy romantic comedies.

What scary movie is your most memorable?

I’m participating in the Snarkology Halloween Hop. There are prizes galore. In addition to the Grand Prizes, the 50+ authors are each offering giveaways. Stop by http://dianeburton.blogspot.com/2014/10/snarkology-halloween-hop-giveaway.html for a chance to win a copy of my new PI Mystery.

Alex O’Hara finally gets a case that will give her bottom line a much needed boost. She might even be able to change her diet from ramen noodles to prime rib. All she has to do is track down a man who’s been missing for over ten years. Piece of cake . . . until an old flame arrives and a mugger roughs her up with orders to back off.

Posted by Diane Burton at 8:08 AM 8 comments