Don't Fall For This! 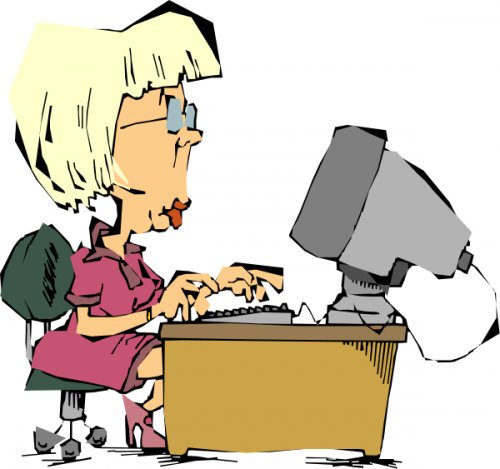 Like most writers, I love the writing part. Making up stories – or, as someone once put it, telling lies for fun and profit, is a great way to earn a living. And you’re never short of (imaginary) friends, so you’re never lonely, either.
But, also like so many writers, I’m not so hot on the side of the profession that involves selling. Not that I haven’t done it – as a freelance writer and as a ghostwriter, I made pitches, bid on work, and generally  pimped myself with the best of them. But selling my novels? Oh, dear, I become the original shrinking violet….

So like so many others, I look for quick fixes. Surely someone out there can help me grab the sales that would make me a best seller? After all, I know my books are good. Readers have, bless their hearts,  told me so. The ones that bought them, that is.
But there are so many other books out there - how to reach the right audience and get them to part with their hard earned dollars?

I worked in real estate in Toronto for a while, and I used to comfort wouldbe vendors with the words: “All you need is one person who falls in love with your house. Then it’s sold!”  And that is true.

There’s another saying we had, too, that applied to overpriced, eccentric, or homes that needed that euphemism: “Tender Loving Care”. We would roll our eyes and say: “Well, there’s one born every minute.’ And it was unfair, because some of those ‘fools’ who bought the homes no-one in their right minds would touch went on to renovate and sell on at a tidy profit.

What does this have to do with writing and selling books, you ask? Lots. Because there are many

sharks out there who will promise you the earth, moon, stars and the New York Times bestseller lists, all at a bargain basement price. There’s a reason why many of them do not deliver: simply, they’re promising the impossible. Besides, what would you do if you had the moon and stars???

Every day, it seems. I get Twitter ‘followers” at @GlenysOConnell who promise me tens of thousands of new followers for my account, for a ‘reasonable’ fee. I don’t follow back. Or open my wallet, either.

You see, there’s no point in buying tens of thousands of followers, even if these people could deliver. Am I crazy? Wouldn’t a gazillion followers look better than the 5000 plus I already have?

Well, no. You see, the folks who chose to follow me – and I follow back – are ones who, for the most part, are interested in  my work. They are writers who happily share tweets with me for my work in exchange for comments about theirs. They are people with similar beliefs who share information. And many of them are, bless their little hearts again, readers who like my books. Who probably will buy my books. Oh, how I love them!

But the secret is that they choose to be on my account. One follower, five, ten, or five thousands, are infinitely preferable to tens of thousands who aren’t interested, just got dumped there, aren’t readers, don’t share a philosophy, don’t even know who I am. And don’t want to buy my books. So why would I pay to have them on my list?

There are many companies out there who make similar promises but aren’t scams. Like the sites that offer to publicise your free kindle book. Sure, there’s a chance you might get readers that way. But have you seen how many other free books yours will be competing against for space on their newsletter pages? And then there are the ‘intermediaries’. The other day I got an email from a company that offered to get my book on another company’s site for $60.00. I went straight to the other company’s site and saw that I could list the service I wanted a $25 – 40 .  Not $60.00. Uhmmm.

So, I guess what I’m saying is, don’t fall for those oh so very logical sounding offers that come your way, whether you’re a writer or in some other line of work where you need customers. . Investigate them. Ask other people in your line of work if they’ve tried them, and what happened. Most of all, think about what they’re offering. Is it worth the money? Is it something you could probably do yourself more effectively if you put your mind to it? Does what they’re offering even fulfill your need (like the tens of thousands of disinterested followers mentioned previously).

There will always be legitimate companies selling stuff you might not really need. That’s what sales are all about: “Gee, look at that! I never knew I needed it until they told me so!” And there are lots of scammers out there who talk a good talk and leave you out the price of their ‘miracle’ solution.

Think about what you need, and if what they’re offering is a) plausible and b) and this is a big one – does it fit with what you need, with your philosophy, and with the image you want to project?


As they used to say on NYPD Blue, Be careful out there!

Buyer beware. Good advice. If you didn't know you needed it, you probably don't. However, how nice would it be to experience mega sales on our books?

Great advice, Glenys! We really do need to dissect things in this business, or any other. Just like the old adage, if it sounds too good to be true, it usually is.

My simple solution is I never pay for promo. Of course I'm not selling tons of books, either... I'm not sure what the answer is, but it certainly doesn't come from someone promising the moon! Excellent advice, Glenys!

Excellent advice! I know of authors who have been taken (and not in the cool, Liam Neeson movie way) :) There are only a few sites worth paying to list your book. I have found Book Bub (tho expensive, it's worth it) and the lesser priced Kindle Books and Tips and Ereader News Today to be a worthwhile investment, but they are the only sites I will pay to showcase my book. As for paying for twitter followers. Whatever! You are exactly right, what good does it do to have 10,000 followers if they aren't interested in you? Thanks for sharing the 'steal' - Congrats on the Bundle...that is a heck of a deal!