Gone With The Wind by Diane Burton

We’re supposed to talk about Gone With The Wind this month and (hehehe) I get the last word. Love when the month only has thirty days.

It has been a long time since I read Margaret Mitchell’s classic. The first time I was in high school. Given my immaturity at the time, my perspective was a little skewed. I didn’t see Scarlet as self-absorbed. I thought Ashley was a wimp—not far off on that one. What did Scarlet ever see in him?

But my biggest error back in my teens was thinking that Melanie Wilkes was a namby-pamby, wishy-washy do-gooder. Not until I was older did I realize what a strong character she was. Yes, she did good and for some odd reason she was kind to Scarlett. Didn’t that fry Scarlett’s cookies? Her chief opponent (for Ashley’s love) befriended her. In the movie, Olivia de Havilland played Melanie. Her soft, cultured voice was perfect. Melanie was the perfect foil to Scarlett. In today's romance, Melanie would be the heroine and Scarlett a pain in the you-know-what. Oh, wait. She was that.

I can’t remember the first time I saw the movie. Probably on television. I don’t remember seeing it at the show. My younger (by two years) sister would know. She remembers everything while I have huge memory gaps. I’ve read that as you get older, your brain is so full of data some of it has to be deleted to make room for more. That’s my story and I’m sticking to it. LOL

I do remember one line from GWTW so well I used it in my science fiction romance Switched Resolution. “I don’t know nothin’ 'bout birthin’ babies.” It seemed an appropriate response to an intense situation--like my heroine about to have her baby in the back of an SUV.

A couple of years ago, I won a basket of goodies at Mid-Michigan’s Retreat From Harsh Reality. In that basket was a DVD of Gone With The Wind. Until then I didn’t realize my husband had never seen it. Interesting watching the movie again.

Margaret Mitchell only published one book. And what a book, what a movie, it was.

I blog here on the 8th and 30th of each month and Mondays on my own site http://dianeburton.blogspot.com
Posted by Diane Burton at 6:00 AM 9 comments

The Importance of Setting by Nell DuVall


Please join me in welcoming today's Roses' guest, Nel DuVall.
Setting is an important element of any story. In some novels, setting becomes almost a character influencing the action. Two well-known examples are Hemmingway’s Old Man and the Sea and Joyce Carol Oates’ Black Water.
Setting should seem believable to the reader whether a real place or an imagined one. I have been fortunate to live many places including overseas. I’ve traveled extensively both for business and please. Participating in various Earthwatch projects took me to interesting places and allowed me to take in variety of activities from an archaeological digs to environmental surveys. Conferences in foreign countries introduced me to other cultures and places. Vacations also added to these. All have contributed something to the settings used in my novels.
Not all writers have those opportunities, but they can research setting in other ways through the internet, via documentaries, books, photographs, and a variety of media. Writers need to develop a feel for their setting and how it influences and interacts with their characters. Setting provides an important element of texture to writing.
Popular icons are gloomy castles, a haunted Victorian house, a farm on the prairie, a seaport, a big city like Paris, London, San Francisco, Chicago, or New York. Each carries certain connotations or associations for the reader. The writer can use those expectations or chose instead to create new ones, but in the latter case, the storyteller must understand the setting and make changes skillfully and in a believable manner. 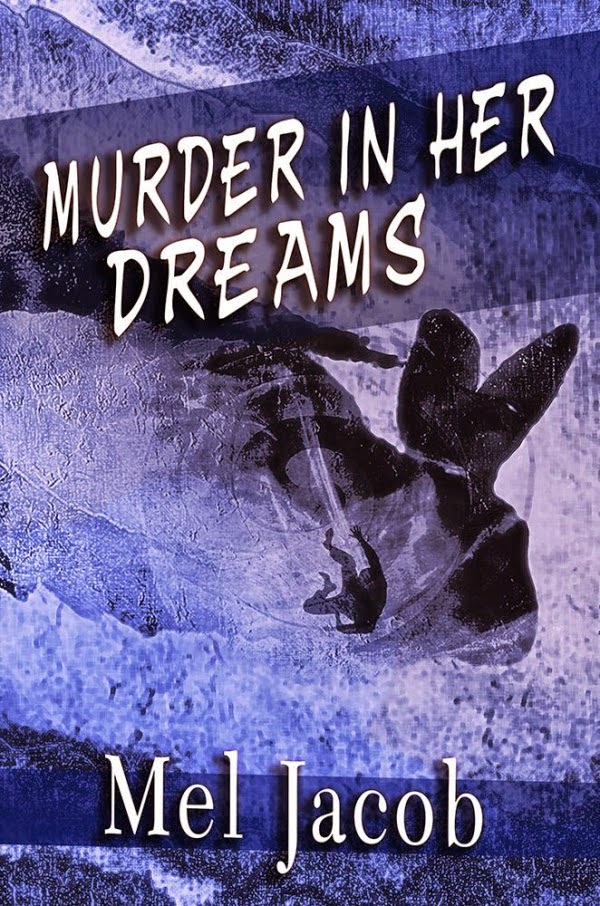 My own novels have used both familiar and strange, other worldly settings. My two time travel romances were set in Ohio, but mainly in the past. They took a lot of research and access to old maps and newspapers. I also visited the places as they now exist, including the canal and real railroad line used in Train to Yesterday. In a mystery, Selvage, I lived in the area where the novel takes place. However, the setting for Beyond the Rim Light by Alex Stone (Nell DuVall and Steven Riddle) was the far future and outer space. That one took some knowledge, but a lot of imagination.
My current series, Murder in the Shadows, involves Columbus, Ohio, and eventually Ireland. My newly released novel Murder in Her Dreams is set in Columbus. I have been to the various locations mentioned in the novel so setting posed no problems and did not require extensive research.
Next time you read a novel or write one, look at the setting and see how the author has used it to provide a sense of believability and realism to the novel. Is setting just there or does it influence the characters and the action?
You can find all my books (print and ebook) under Nell DuVall on Amazon, most of them on Barnes and Noble, and other book and ebook retailers. Melange Books has the recent offerings, including Murder in Her Dreams. Check out my website at www.nellduvall.com.
I’m also a reviewer of mysteries on www.gumshoereview.com and on www.sfrevu.com for science fiction, fantasy, and paranormal romances under Mel Jacob
Posted by Brenda Whiteside at 6:00 AM 13 comments

Email ThisBlogThis!Share to TwitterShare to FacebookShare to Pinterest
Labels: Mel Jacobs, Murder in Her Dreams, Nel DuVall, The Roses of Prose

What Year Is Your Favorite?

I don't have a favorite year. I have favorite years. By that, I mean I have years I think about with pleasure. I wonder what it would be like to relive them.

I loved my sophomore year in high school because I got my first horse. Not a horse I rented, but one I had to feed, groom and ride. I learned all about mucking out stalls (horse poop smells good, pee not at all), picking poop out of hooves, brushing coats until they gleamed and my arms ached. Horses are hard work, but what they give back in love and teaching patience are lessons never to be forgotten. Would I like to relive that sophomore year? Not really. Yes, the horse was wonderful, but to relive that year would mean taking English with a woman who was usually so drunk she fell out of her chair. Engilish was at 10. She arrived drunk and left drunker, if that's a word. No, no reliving sophomore year.

How about undergraduate years? Oh my yes, I'd relive all of those. I had wonderful professors, even the one whose favorite word was plethora. He told the class that no one would get higher than a B because then we had taught him something. What a pompous ass! I got an A. I taught him something he didn't know. He threw down a challenge; I took it up. The class: Chinese history. I still have friends from undergraduate days at UCLA. We've grown together, but I don't think any of us want to go back to that time.

Well, maybe we should. That was a period of great political and social movements when we were young and naive enough to think our sheer numbers could change the world. Looking back, we did change the world, just not in the way we imagined. If we could recapture some of that energy, maybe we could influence events happening today.

I don't need to return to one of my favorite years. In January 1981 I met my dear husband. In a bar. In Tokyo. I relive our years together every day when I look at his smiling face, when we work together in a shared office, when we eat dinner and when we lie together at night. I don't need to go back. Going forward is enough.

So, I don't have a favorite year. Parts of every year are favorites. Each form memories that are woven into the tapestry that is me. Each year, more threads arrive. I remember them all with love and gratitude. Even the drunk in high school English.

What are your favorite memories?

Betsy Ashton is the author of Mad Max Unintended Consequences available on Amazon and Barnes and Noble. She lives for words and writing.
Posted by Betsy Ashton at 1:00 AM 5 comments

GWTW and my Mom

I didn't read romance novels when I was younger. I read my first one about 10 years ago. I did read Gone with the Wind, which I don't really consider a romance novel. It's more history to me.

I think I read GWTW when I was about 13 or so. It brought to life the Civil War for me. I didn't care much for Scarlett -- I still don't, tell the truth. And I understand Rhett's appeal, but I don't find him appealing.

I clearly remember the first time I saw the movie. I was with my Mom. It was probably in the 1980s or so. The movie was making a big "come-back" tour, probably on an anniversary or something. My mother wanted to see it because it was one of the few movies she had ever seen in a theater. She just never went to movies. Watched 'em on TV, but theater? Nope.

I came to town that weekend and Mom and I went to the movie. She tried hard to act all grown-up about it, but I could tell she was having a teenager time of it, enjoying everything about it. We did the whole bit: popcorn, pop, candy, and seats right in the middle (matinee in the middle of the week). When that enormous screen lit up, I thought her eyes would pop.

I can never watch GWTW without remembering that time in a movie theater in Cedar Rapids, Iowa, and how my 60-something mother was so enthralled by movie magic. I try to recapture some of that magic whenever I go to the movies. It's too easy to be jaded and take it all for granted. It really is magic, isn't it? Just like diving into a good book is magic. Don't forget that. It's special.

J L
(busy writing after all these years....) 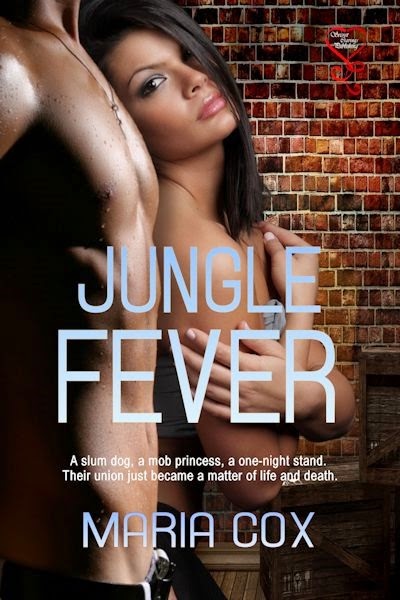 In Brownsville one of Brooklyn’s most dangerous neighborhoods, illicit activities exist on every corner.

Jaden Smith long ago refuted the gangster lifestyle and now wants to go far away from the ghetto as possible.

Now, out of school Jaden launches a promotions company, but his meager savings soon run out. Jaden turns to Angelo Sorrentini who agrees to fund Jaden’s venture. He then introduces Jaden to business associates and Mario, his brother and Becca Sorrentini, his sister.

It is during this brief introduction that Jaden is captivated. Becca is beautiful. And there is an air of raw sexuality that exudes from her every gesture. Despite the temptation Jaden maintains his distance.

Meanwhile, Becca enslaved by her father’s traditional ways is miserable. Soon she conjures a desperate plan: a mysterious boyfriend. But who?

Yes, he’s a wild card, a risky bet, but her only chance. Sex with Jaden may be her ticket to salvation!

Maria Cox has a degree in Business Administration, and Accreditation from the Project Management Institute. Maria has a background in technical writing but her passion is in fiction, romance to be exact.

At the age of ten Maria secretly borrowed her grandmother’s historical romances. After reading a dozen novels Maria fell in love with art of storytelling, she wrote her first short story at the age of eleven.

Posted by Brenda Whiteside at 6:00 AM 4 comments