Gone with the Wind

Confession time. I’ve never actually seen Gone With the Wind. I know. I know. And I call myself a romance author. I really ought to be kicked out of the group for this one. I’ll get around to watching it. I promise.

So what’s it about anyway? The Civil War? Well, that’s a topic I know and love. I’ve taught about the Civil War in my fifth grade classroom every spring for the past fifteen years. The division between the North and South as one grew more industrial and the other based its livelihood on agriculture. Abraham Lincoln—my favorite president—getting elected. The slavery debate and the challenges to the “all men are created equal” line in the Declaration of Independence. Harriet Beecher Stowe and Uncle Tom’s Cabin as it highlighted the evils of slavery. The Underground Railroad and heroes like Harriet Tubman, risking it all in the name of liberty. Generals Grant and Lee as they led the armies and all the soldiers, sometimes fighting brother-against-brother for the nation. Lincoln’s “Anaconda Plan” to squeeze the Confederacy into giving up, by far the best named plan in our nation’s history. The eventual surrender of Lee’s army at Appomattox Courthouse in 1865. All pivotal events in the shaping of the United States of America.

Have you ever considered what would have happened if Lee never surrendered? If the Confederacy had succeeded in becoming its own separate nation?

Actually, my husband and I have. Our book, A Less Perfect Union, toys with division in our country and with the idea of a Second Civil War. Writing as Goodwin Reed, we explored the status of our nation at the present time. We looked at the issues we see as potential dividers—political party disunity, religious zealots, technological advances, lying in the government, unnecessary war, terrorists… yeah, so like, the list is long.

What was really interesting is that while we were writing this book, there would be stories on CNN that coincided with our fictional events. The correlation was interesting… and a little frightening. We both believe we’re living in a delicate time—a time where a simple pebble might tip the scales and throw the balance off. We watch TV shows like The Walking Dead and think “Why fear zombies?” There are real dangers now that could reduce us to the quality of living portrayed in shows like that. If you can even call what those characters do “living.” I mean, I know I couldn’t survive without proper hair styling products. You?

A Less Perfect Union (and no, the title does not reflect our marriage, by the way) takes the “what if” to the next level. Are you brave enough to take a peek?

Here’s the back cover blurb:

Another war in the Middle East brings General Charles Easley and coalition forces to the country of Yemen. The number of casualties continues to increase from the enemy’s use of devastating improvised explosive devices. When the general’s son, Paul, becomes a victim of the violence, he discovers an unthinkable truth that will force him to question his loyalty.

Back in the United States, Pastor Roy Campbell wants change. Believing Americans have abandoned morality, Roy deepens his commitment with the ultra-conservative Purist Party. Roy is uprooted from his rural life and soon finds himself among the most powerful people in the country.

Ultimately, the two worlds collide to create a perfect storm that will change America. Forever. According to businessman and technological genius Hanson Davis, it is not a storm at all, but a symphony of notes brought together in perfect harmony to create what he loves most. 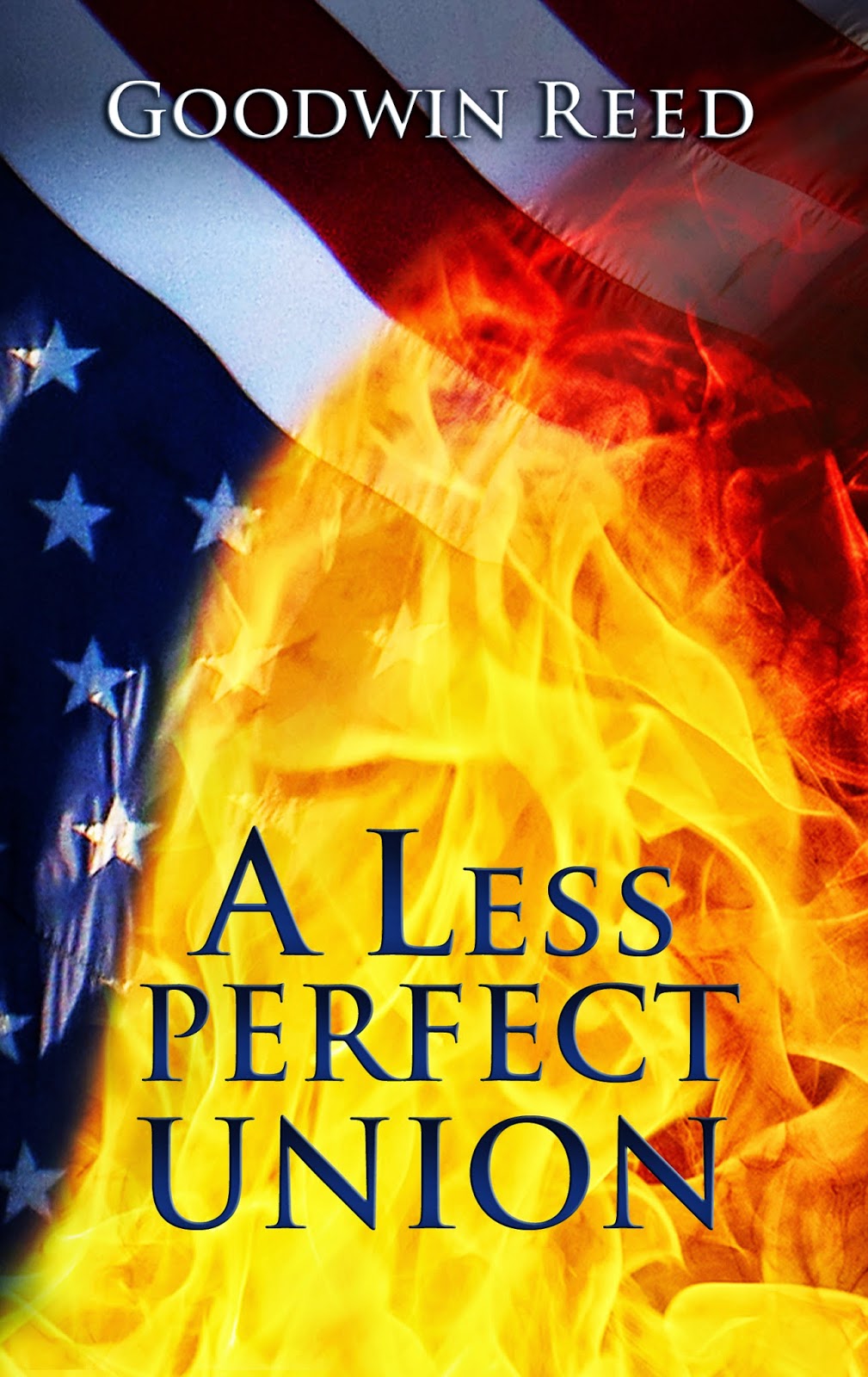 Are you prepared for a Second Civil War? What side would you be on? The Union who wants to keep the United States just as she is or the Purist side who wants to turn back the clock to a 1950s America?

Oh, and don’t worry. I cut a deal with The Husband before agreeing to work on this book with him. He had to let me have two people fall in love, so it’s not all politics and chaos and changing the rides at Disney World. (What? Oh, now you’re interested!)

You can download A Less Perfect Union here. Let us know what you think by leaving a review. I’ll just be over here watching Gone With the Wind. I swear.

I love the Civil War period too. So much drama. I keep intending to write a book set in that period but it seems I never get around to it. What a very cool premise for your book, Chris. The current world situation is also filled with way too much drama, but it makes for good fiction...that could become reality.

Sooo much to comment on regarding this post. :) First of all, Gone with the Wind, my all time favorite movie. It's not really a romance, though, not by today's standards. I don't know why I love it so much except that I am fascinated with the Civil War, it had so much action and emotion and did such a great job of character growth. Plus, it was very exciting and just...heart wrenching. And, I have always been intrigued at how Margaret Mitchell managed to create two main characters who really shouldn't be all that likable, but very much are. Scarlett is conceited and spoiled and greedy and bad-tempered and self-serving, but she's strong and smart and tough and brave and spirited and fascinating. Rhett is a whoring scallywag who profits from the war and goes after what he wants without a thought for anything else, yet he's daring and smart and sexy and, deep down, kind and generous and caring, yet he keeps that part of himself hidden. And, his love for his daughter and for Scarlett is so strong, so heart warming. Oh my, so sorry, how I do go on. ;)

It's awesome that you wrote a book with your husband. And such a deep, thought-provoking topic. As to your question, I would be somewhere in between. I wouldn't be an overzealous puritan, but I'm not fond of the way some things are going on right now in the US. I doubt secession is the answer, though. :) Excellent post!

By the way, I don't believe you're really watching GWTW. I want a report first thing in the morning. LOL

What a fascinating concept for a book, Chris! My husband warns me regularly that he expects a Second Civil War because the country is so much more divided than united these days.

You're right, Alicia. I'm not really watching! You caught me! LOL.