Lost on a train in America!

This is a true story. I will use it in fiction some day. Until then, I couldn’t think of a better story to share for this month’s topic.

It happened about 20-something years ago when I was a young mother and my sons were ages 8 and 4. My best, oldest, dearest friend had up and moved from New Jersey to Iowa with her husband and kids the year before, leaving me bereft.  The thought of her moving was bad enough, but Iowa?! What Jersey Girl moved to Iowa?! :)

Still, my nomadic and lonely heart yearned to visit, so a trip west was planned. Hubby couldn’t take time from work, so it was me and the kids.  Thanks to a case of benign positional (something) vertigo that has me doing very UNpleasant things on airplanes, I don’t fly, so I decided to drive. It was a thought that shot waves of terror through hubby’s heart—his wife and two beloved children, driving a thousand-something miles, including an overnight stay, without his protection. Wasn't going to happen. 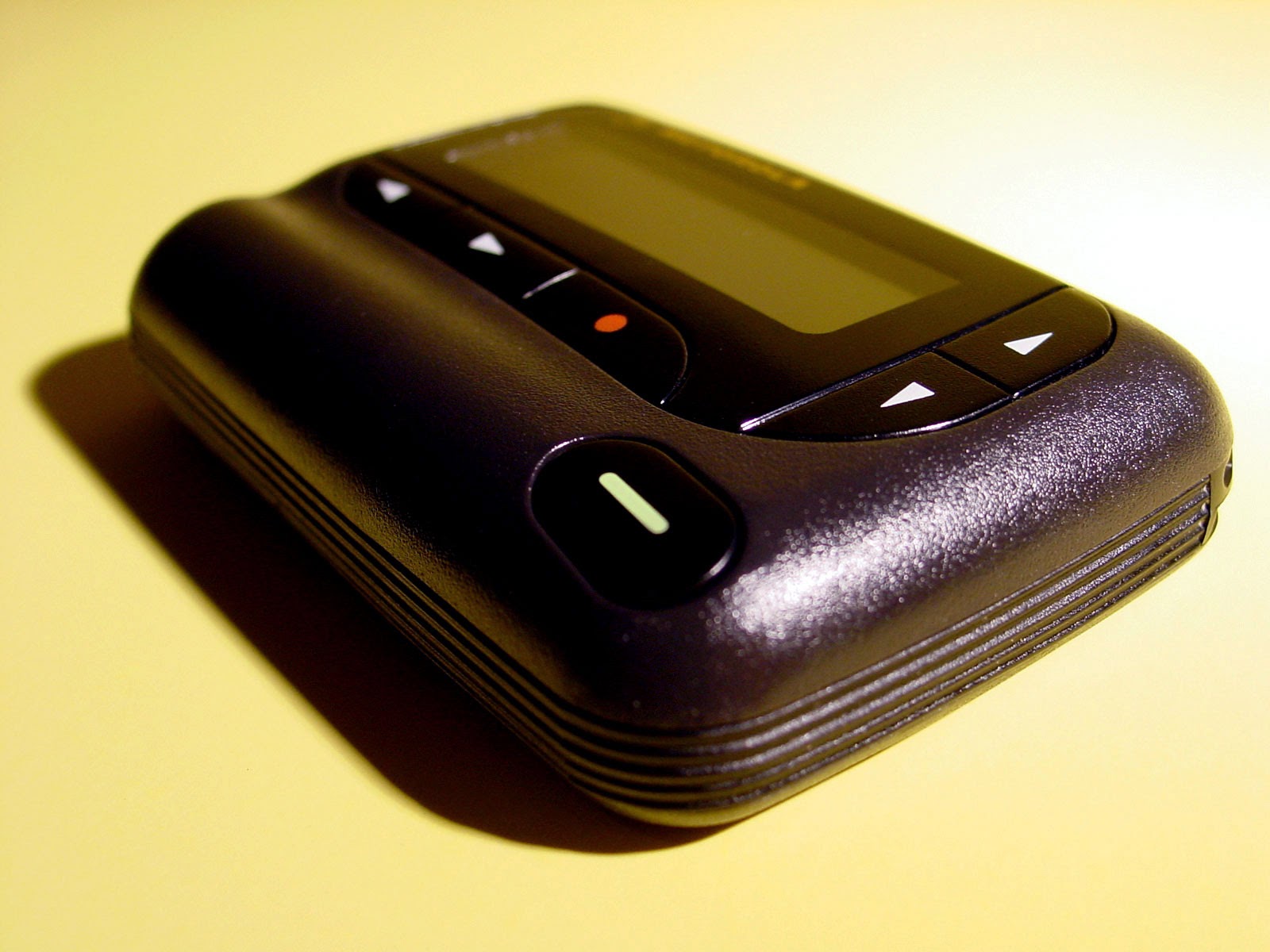 You have to understand that this was back when the most immediate method of reaching someone in an emergency was a pager. (For those of you of the younger set, this was an electronic gadget that flashed a message when someone wanted you to call. It was inbound only—no means to send a message out.) Back then we didn’t walk around with cellular communication devices implanted in our ears. Some rich people had car phones, but we weren’t rich.

Anyway….to ease his fears, he suggested that we take the train. Immediate visions of a carefree trek through the glorious vistas of American landscape filled my brain. 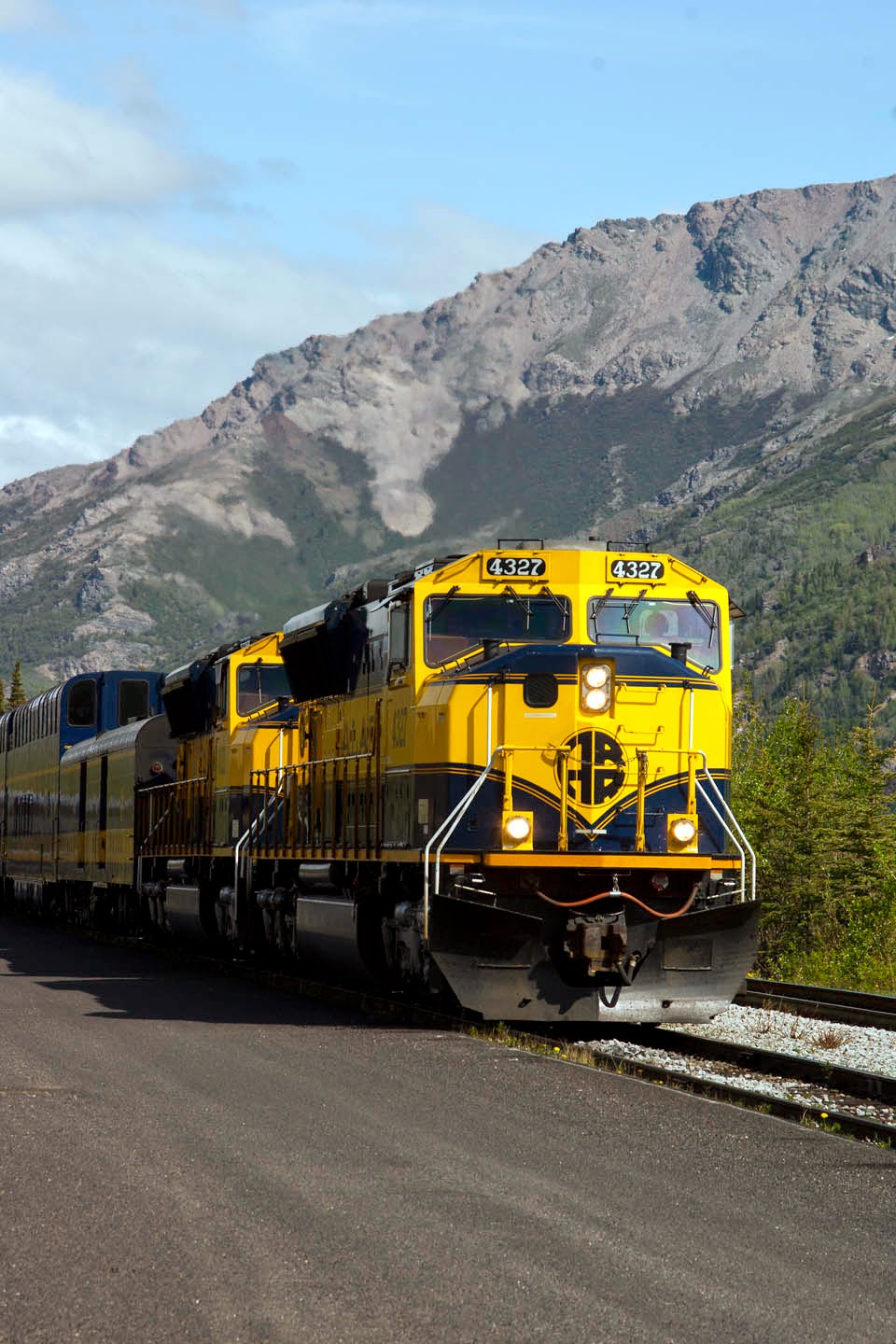 “That’ll be so much fun!” I remember exclaiming to the boys. “We’ll eat in the club car!” Even they got a sparkle in the eye at that thought.

The trip started easily enough. Hubby dropped us at the local train station that would get us to New York’s
Penn Station. From there we’d hop on a westbound train that would take us to our interim destination—Chicago. It all seemed so adventurous. Even with the constant hand tugging of two young boys.

We boarded the train, and I found three seats together, two on one side, and a vacant seat across the aisle. The boys took the two together, and I plopped myself in the vacant seat and reached my arm across the separation to make sure I could lay a hand on my progeny. Next to me, an elderly man wearing a tweed overcoat sat tucked as far into his corner as possible, his face turned to the window.  (The fact that he was clutching a bucket of friend chicken for some reason didn’t phase me at all.) In front of us was another young mother—she with two daughters. I was thrilled, thinking I’d found a simpatico traveling companion. We settled in and all was well.

Then the Johnson family boarded. (I’ve changed the name to protect me from charges of libel, slander…whatever it is.) They were headed west for a family reunion. I know this because the conductor announced it to the passengers: “We’d like to welcome the Johnson Family headed all the way to San Antonio, Texas, for their family reunion!”

What fun! I thought to myself. So adventurous! And what a great idea—an entire family getting on a train together! As they boarded, I watched, thinking what a LOT of Johnsons there were, young and old. What fun they’d have!


And they did, at the expense of the rest of the passengers. They treated that train car as if it were their personal playground. Kids ran up and down the aisle, shrieking and laughing. Parents made a half-hearted attempt to keep them calm, for about ten minutes. Then all bets were off, and even the adults got into the fun.

I remember walking with the boys past the restroom (on our way to the club car, I’m sure) only to find the door OPEN while a young woman took care of her business! Can you imagine?! Kids I could almost see committing a breach of etiquette of that magnitude. But this person looked to be in her early 20s! I quickly shielded the boys’ faces and hurried them toward the food car.

We couldn’t afford a sleeping compartment, so we were consigned to our seats for the entire 20-something-hour journey.  Trying to sleep was torturous as the Johnsons raised hades well into the night hours.

At some point the old man next to me started chomping on his chicken, and the stink of greasy/fried something wafted over me, making me hate the scent of friend chickenfor the first time in my life. (I can only assume the other fumes floating through the car corrupted the meat.)

The other young mother, turns out, had a back injury, and she claimed the entire length of her seat for herself, leaving her girls to SLEEP ON THE FLOOR OF THE TRAIN. I kid you not. I almost tripped on one of them during the night. (I still shudder thinking about the germs those girls must have ingested that night.) 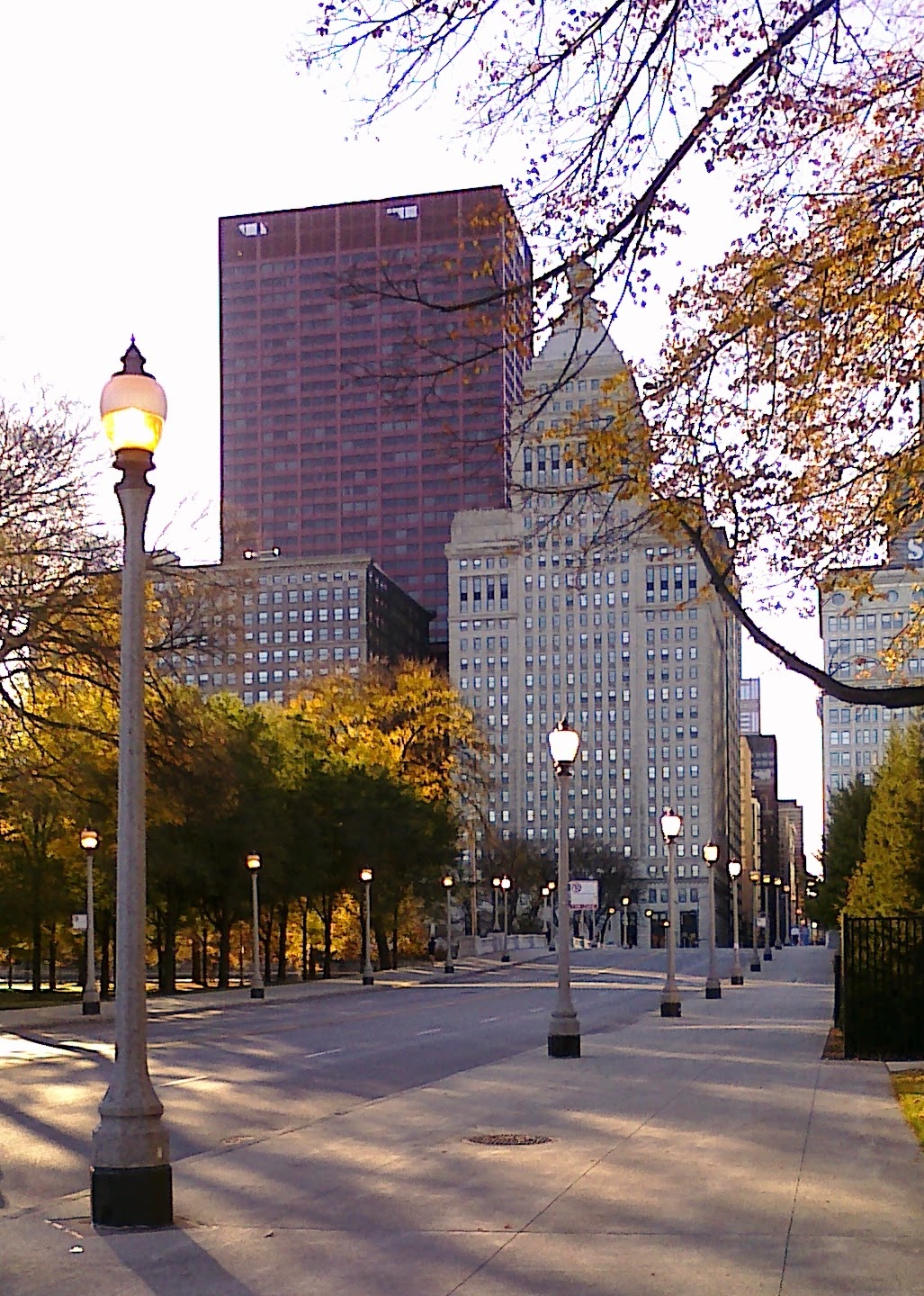 Somehow we survived and made it, bleary-eyed, to the next leg of our journey. We stepped into the fresh, clean air of the Windy City where we’d hop on a bus to Iowa. As we trudged across town, I thanked God that my boys had survived the ordeal with relatively good humor, and that I’d been able to restrain myself from  throttling one (or more) of the Johnsons.

We had a wonderful  time with my friend and her family. It was peaceful and relaxing and fun—all the things a good vacation could be. Then it was time to go.

Rather than taking the bus back to Chicago, we all piled into my friend’s station wagon—

(Stop laughing! We all drove them back then!)

Anyway, my friend drove us back to a tiny little train depot just over the Iowa/Illinois line.

It was pretty and picturesque and just what I imagined a train station out in the middle of the country should be. This was going to be a fun trip home.

As we waited, breathing in the fresh country air, my older son tugged on my arm. 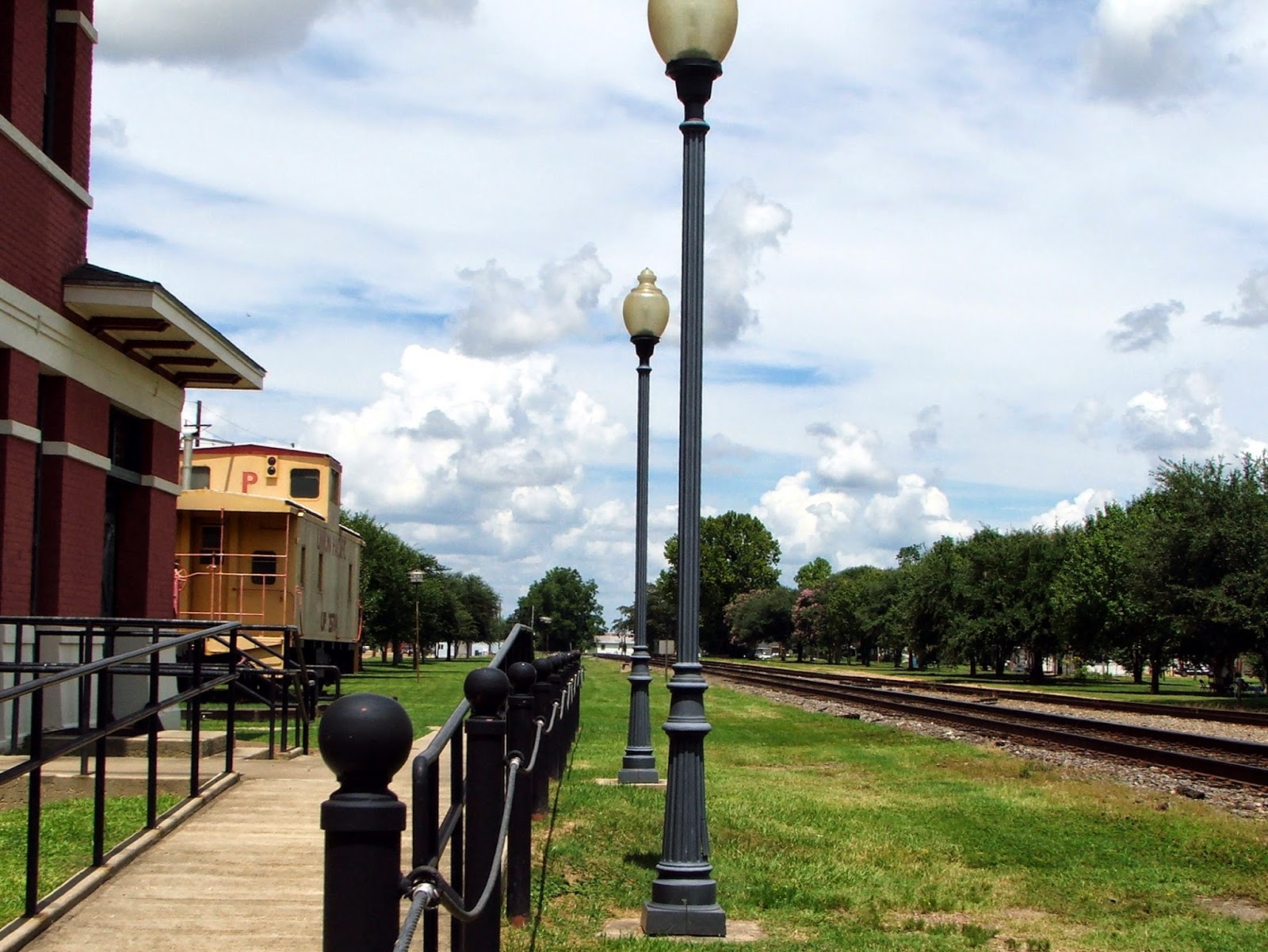 “Who honey?” I looked where he was pointing but saw nothing to cause the tone of horror in his voice.

“That family. The Johnson family!”

Next time you hear the phrase someone’s “blood froze,” know that it’s real. I was paralyzed for about ten seconds. Then my better judgment kicked in. I laughed. “It can’t be, honey. They were coming from San Antonio. The odds are just too great.”

But he insisted that he saw what he saw, and we continued the debate until we were seated in the car and the train started rolling.

Then the conductor made an announcement: “I’d like to welcome the Johnson family on the train, just back from their family reunion in San Antonio, traveling all the way to New York City!”

We were spared the Johnsons on that first leg, but when we boarded the next train taking us to New York, and I saw the family boarding behind us, I flagged the conductor. “I’m not riding with those people,” I said, pointing at the group of Johnsons who were already making themselves at home.

“I’m sorry, ma’am, but you’re boarded by destination. This is the train going to New York.”

“I don’t care where it’s going. I’m NOT riding with them. They’re horrible. We were stuck with them on the way west and I’m not doing it again. Get me and my kids on another car. Now.”

He must have heard something in my voice—maybe panic, certainly desperation—so after a big sigh, he escorted us to the car at our rear that was scheduled to unload in Philly. The kids and I sank into our new seats and grinned.

P.S.S. In about another hour, the Philly car curiously filled up with people heading to New York. I can only imagine how that conductor explained what happened to his seating arrangement.

Leah St. James writes stories about mystery and romance, good and evil, and the redeeming power of love. Learn more about Leah at LeahStJames.com

What an adventure, Leah. Glad you survived! Think of it as a bonding opportunity with your kids. Thanks for sharing.

Leah, this would be one of those "I don't believe it" stories if it were fiction. What a tale! Good for you for browbeating the conductor into submission. Love it!

LOL, Leah. You have to use this in a book. What an adventure.

Thanks, Margo, Jannine and Diane. It's one of those episodes that recedes into your memories, and then something will happen to pop it back to the front in a way that every detail is sharp and clear. It's definitely going in a story some day!

I still can't believe they were on the train on the way back!! Just your luck! We did have a great time while you were out there. We always have a blast. Speakin' to the Man upstairs about why we've been deprived of so many more good times!!

I know, Mandy! I swear I thought the kid was seeing things! (He never let me live it down, either.)

Oh my gosh...sorry I'm late to this one. WOW...what a trip. I have ridden a train once, just from Oklahoma City to Fort Worth, and I loved it. But this, oh wow, what a nightmare. LOL. I can't believe they were on the return trip too! Sheesh!

I'd taken a train trip from Jersey down to Florida years ago, so at least I have more than one experience to go by! This was definitely not normal! Thanks for stopping by, Alicia.