Getting Lost by Katherine Grey


Please join me in welcoming Katherine Grey as our guest blogger today! 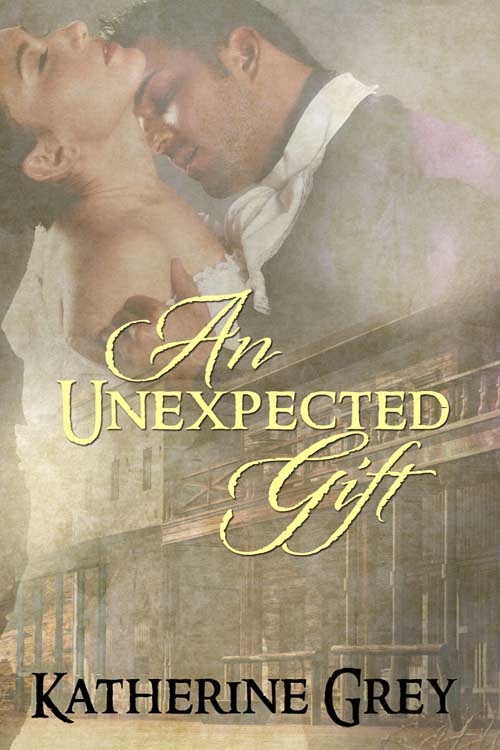 I have a terrible sense of direction so I get lost easily. As a driver I prefer directions that say turn left at the big yellow house or something similar instead of take Route 31 and go east, which would be great if I knew which way was east to start with. And as for Route 31 – I lived in my current town for years before I learned the main road which I know by the street name is actually also Route 31.

When I first started driving, I got lost in my own neighborhood. In my defense, let me say that at the time I lived in a city neighborhood with a lot of one way streets. As a pedestrian, I never paid any attention to those one way signs. But as a driver…well they became a lot more important. All those streets I was so use to walking down I couldn’t drive down because then I’d be driving in the wrong direction down a one way street. I did manage to find my way home and I was only fifteen minutes late. To this day, if I’m late arriving to a family gathering, someone will invariably ask if I had to drive down a one way street. (Let me say here, I hate being late to anything so it’s a rare thing when it happens.)

When I write it’s a whole different story, I like getting lost. I like allowing my hero and heroine to take the lead and go where they choose. That doesn’t mean I don’t meander down a few roads that lead to secondary characters and subplots that end up needing to be cut or that I don’t reach a dead end and have to back track a few pages to get back to the main substance of the story, I do. I’m certain it happens a lot more than it would if I wrote from an outline or synopsis.

I do write a one page summary of my hero and heroine and their goals, motivation, and conflicts and usually a one or two sentence outline of each chapter but that’s about it. I enjoy the journey of writing and not knowing exactly where I’m going and sometimes getting lost in the process.

But when I’m driving, nope, I hate getting lost. And detours in an unfamiliar area – they send me into full panic mode. For me, maps and written directions are as necessary as gas in the car. I always try to leave the house knowing where I’m going and leave getting lost for when I’m writing my books.

Known only as Lazarus to the band of cutthroats and thieves he leads, William Prescott will do anything to find his missing sister, even blackmail a fragile young woman into helping him. But he never plans to fall in love with this mysterious woman with a troubled past.

Haunted by the memories of war, Olivia St. Germaine wants nothing more than to live a normal life. But when her brother, a doctor, suddenly leaves town without a word, she is forced to use her medical knowledge to help an injured man who puts her life in danger. Can she keep herself safe as she tends Lazarus, or is her heart more vulnerable than she realizes?

“If you don’t leave, I shall have Jennings call the constable.” Olivia headed for the door.

“And how will you accomplish that?”

She halted in mid-step.

“Yes, I know there are no servants in residence.” Lazarus sauntered closer. “Did you play the benevolent mistress and give them the night off?”

Eager to keep him at a distance, she scooted around him and stood at the end of the bed. “What do you want?”

“What do you think I want?”

“Why don’t we dispense with the games, and you just tell me?”

Lazarus closed the space between them in two strides. He pushed her backward onto the bed. Olivia bounced against the soft mattress. She dug her elbows into the thick counterpane in an effort to scramble backward away from him.

Grabbing her ankles, he pulled her toward him in one quick jerk. He leaned over her. His hand closed over her hip, freezing her in place. The warmth of his hand burned through her clothes to her skin.

Feeling truly terrified for the first time since he’d announced his presence, she searched his gaze for some kind of sign this was all a great joke. No, it was no game. His eyes were as hard and cold as glass. “What do you want?” she repeated, her voice a near whisper.

“Stop asking questions about me. Forget you ever heard the name Lazarus.”

Email ThisBlogThis!Share to TwitterShare to FacebookShare to Pinterest
Labels: An Unexpected Gift, Katherine Grey, romance, The Roses of Prose

Welcome. Terrific excerpt. Beautiful cover. I, too, am directionally challenged AND got lost once going home when I was only a couple of blocks away. Nice to connect.

Hi Margo,
It's nice to know I'm not the only one who can get lost so close to home. :o)

I'm glad you enjoyed the excerpt.

Oh my gosh, that's so funny. I'm a bit directionally challenged, but mostly indoors. I can't find my way back out of doctor's offices and so forth. :) It cracked me up to read about your family asking about one way streets. Funny how they never let you forget, huh? I have a few duh instances in my life that have turned into long-standing family jokes. :) Fabulous excerpt. I love the premise and the cover. Congrats and best of luck!

What's wrong with "turn left at the big yellow house?" Perfect directions, if you ask me! Great excerpt filled with emotion. And I agree, we all have to get lost in our writing to do it well.

Hi Alicia,
I also can get lost trying to find my way out of a medical office even though there are exit signs posted.

Oh yes, the one way street thing is definitely a long standing family joke, that and how I used to use the plastic end of my jump rope as a microphone, but that's a whole other story.

Thanks for the good wishes.

I love "turn left at the big yellow house" directions. Most of the street signs are further down the road than just at the corner in my area so while you're slowing down to try and read the street name, some person behind you is honking because you're going too slow. Looking for landmarks makes things much easier than trying to read a sign.

Welcome, Katherine. Funny blog. Give me a map and GPS device and I can go anywhere. Navigating the mall is my challenge. Every time I come out of a store, I have to look both ways before I know in which direction I was heading.

Hi Diane,
Thanks, I'm glad you liked the post. I haven't used a GPS device, I'm always worried I'll be one of those people who end up lost because the GPS sends them in the wrong direction, down a wrong street, or worse, into a river. ;o) I'm not very good at reading a map, mainly because I can never figure out if I'm currently going south, east, etc.

It's nice to know we all seem to be directionally challenged in some form or another - malls, driving, leaving medical offices.

Hi, Katherine. Welcome to the Roses of Prose! For some reason I have a strong internal compass, but I need streets to be in an organized grid. If, for some reason, I can't sense which way is north, or streets bend or run on a diagonal, I'm hopeless.

Hi Alison,
Thank you, I'm thrilled to be here. I'm so jealous. I wish I had a good internal compass. If I do have one, it's definitely broken. I've never been to Savannah, Georgia but I have heard their streets are on a grid system. I think it would be easier to find your way around if there's a system to the way the streets are set up. In my area, they branch off from each other here, there, and everywhere.

I too, am I turn at the yellow house. My DH is an accountant who has everything worked out in quarter miles. You can imagine the fun we have on a road trip!

Hi Karen,
Oh my goodness. I can just imagine that. Whenever we take a road trip, I always make sure I'm not the map/direction reader. Once a friend and I drove from our home state to Philadelphia. We are both directionally challenged and ended up taking a bridge that took us to Camden, NJ instead. Now I call it an adventure, back then, not so much.

I'm with you on the "yellow house" directions. That's the sort of stuff I tell people looking for a location. Although, I can also tell people to head west and turn south in 1.3 miles. I do that to people I don't like. :>)

Very nice excerpt. Very gripping.
As for getting lost, it hardly ever happens to me, but two weeks ago I was visiting my parents in London, I'd planned my route on the underground but the station I was supposed to change trains at was closed and the train didn't stop. Needless to say I was underground for another two hours trying to find my way out.

Hi Ashantay,
You made me laugh with the directions "head west and turn south in 1.3 miles." I wish I could do that, but I'd probably only end up getting them lost.

I do give directions by landmarks though probably because that's what I look for when I'm not sure where I'm going.

I would have had a panic attack if I was lost in an underground system. We don't have anything like that where I live. (Part of me is saying thank heavens.) I went to Washington, DC with my sister and her daughter a few years ago and they have a system there called the Metro. The entire time we were on it I kept asking her if she was sure she knew where we were supposed to get off.

Thank you, Roses, for hosting me today. I had a great time and loved learning that almost all of us are directionally challenged in one form or another.

I enjoyed your description of landmark directions. I grew up in a rural area and once actually heard a long-time resident tell someone, "Turn left where the big oak used to stand." Made perfect sense to those who lived there for awhile! And another one popular in rural areas: "They live in the old Jones place." Of course, no newcomer had any idea who lived on that farm 50 years earlier. Thanks for the smile of memories. P.S. Love your book :)