LOST IN AMERICA…SCOTLAND…AND HOPEFULLY IN MY BOOK

I’m sure you’re surprised to see me here today instead of the lovely and talented Diane Burton, but her son is getting married this weekend, so we’ve switched dates. Actually, the switch works out well for both of us. I have book two of my Highlander shifters due to turn in to my editor on my regularly scheduled day. Plus, I’ll be a week away from the release of book one--A HIGHLANDER'S OBSESSION. I’ll be lucky if I can remember my name.


I chose to lean my post toward the movie “Lost in America,” a comedy of a yuppie couple who sell all their possessions, buy a huge camper and set out to touch nature and experience new things. To become lost in what is America.
I confess to wanting to do that myself a few times, but since my mind wanders through my storylines while I drive, forcing me to inadvertently veer off the road, dragging along a camper seems more dangerous than even I want to try. So, I’ll not add that adventure to my bucket list. Oh, but think of the possibilities!


In my soon to be released paranormal, the heroine and Effie, her aging hippie grandmother with the pink hair, go on a bit of an adventure when they travel from Virginia to the Highlands of Scotland to attend Gram’s uncle’s funeral.
Paisley, my heroine, is an animal communicator with the blessing—or curse—of being able to telepathically communicate with all species. And, poor soul, she’s unwittingly reserved rooms for her and Gram at a castle turned lodge run by a pack of bear-shifters. Handsome human hunks in kilts who also shift. 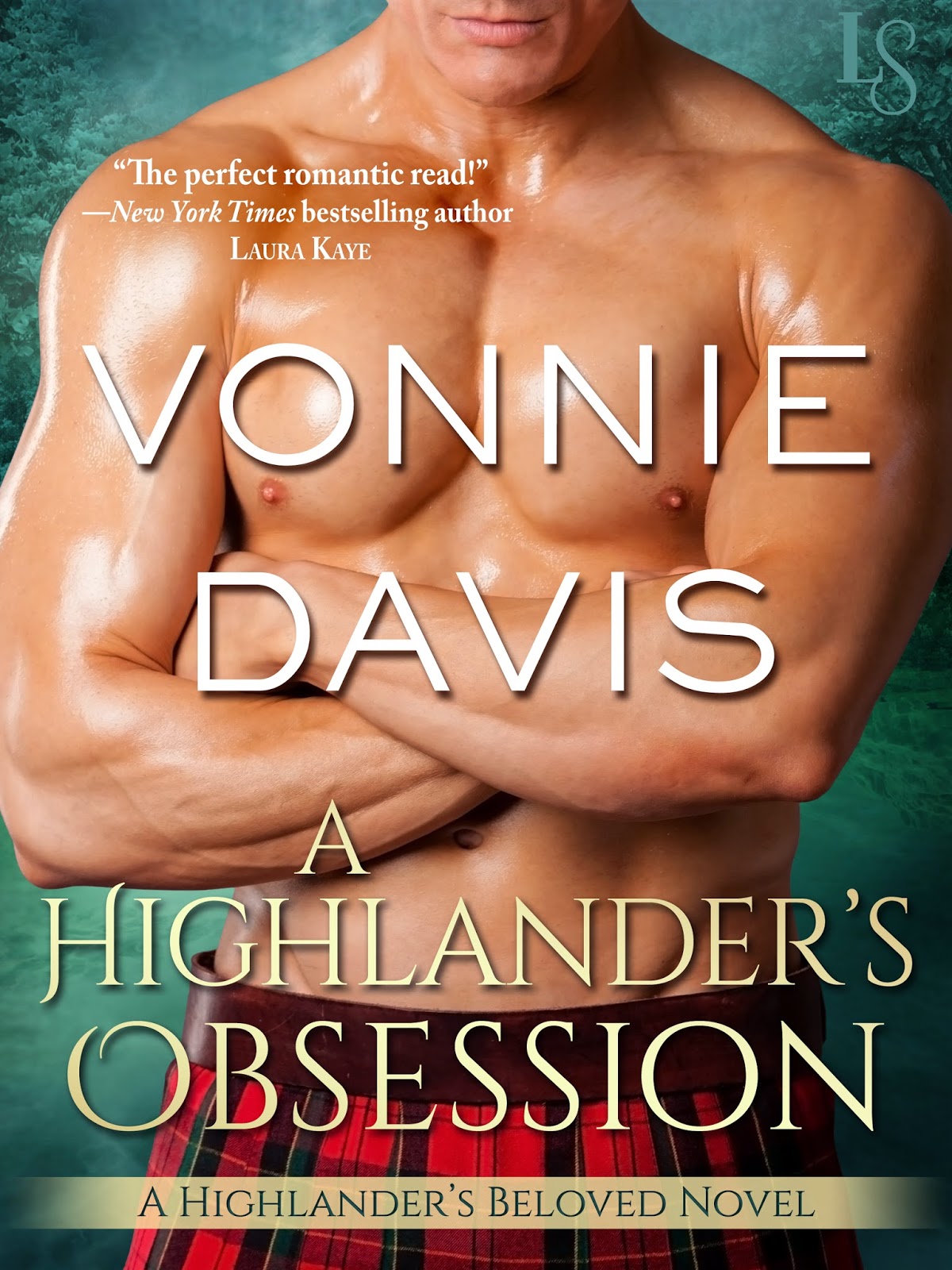 There are three brothers running Matheson Lodge—Creighton, who is laird of his clan and head of his bear sleuth, Ronan and Bryce.
This scene takes place around the dinner table. Paisley and Creighton have come in from outside where they’ve been arguing. I’ve cleaned up the language a mite so as not to offend…


Creighton took his place at the head of the table. Paisley ignored her assigned seat next to him, perched instead like a fire-eating dragon at the opposite end of the table. To silently communicate with her, he opened his telepathic shield. Yer place is by me side here in this chair. He jerked his chin toward the vacant place setting.
Look, you arrogant Scot. You might order everyone else around, but not me. Never me!
Bryce choked on the water he was drinking. His eyebrows rose in that quizzical way he had. Creighton forgot his brothers and other shifters would be privy to their argument. Well, so be it. At least his mother and Effie lacked this telepathic way of communicating and would have no idea what was being said.
“I thought we’d eat family-style tonight instead of using the serving board.” His mother glanced around the table. “Creighton, would ye begin by passing the roast duck?”
“Certainly.” He speared a couple slices of meat before passing the platter to Effie on his left. Yer acting like a child, Paisley.
Ronan cleared his throat, shooting Creighton a wide-eyed, warning glance.
Effie accepted the platter he offered and smiled. “You always set such a pretty table, Fiona.”
A child? Why you overgrown bossy galoot!
Galoot, is it? He slapped spoonfuls of mashed potatoes on his plate, never taking his eyes off his blonde Viking.
Both of his brothers sniggered and he shot them each a glare.
“Ronan, Bryce, ye know how impolite it is to laugh at a private joke at the table. I’m sure Cook would enjoy having the evening off from washing dishes.” His mother’s voice, while polite, held a warning.
Bryce bobbed his head. “Yes, Mum. Sorry.”
Hunh. At least your brother knows how to be polite. Paisley slid a drumstick off the platter onto her plate.
His bloody polite brother favored him with a self-satisfied smirk while he chewed a mouthful of duck.
One more word out of ye, lassie, and I’ll drag ye to me study and paddle that sweet arse of yers I had me hands on yesterday.
Bryce choked and Ronan pounded on his brother’s back.
Look, Bozo, before you even think about paddling my behind you’d better grow a new pair. She speared a piece of meat into her mouth, staring at him in silent challenge. The last I heard, they were bitten to hell by bugs.
Cook dropped a platter of fruit on the floor.
Ronan and Bryce’s heads swiveled in Creighton’s direction, no doubt to see how he’d respond to her remark.
He snatched a bowl of peas and carrots from his mother and plopped several spoonfuls onto his full plate. Some peas rolled across the ivory tablecloth. I told ye it was the witch’s fault.
His brothers’ heads swiveled in Paisley’s direction.
Look, anyone stupid enough to smear a love potion over his privates deserves to be attacked by bugs.
Creighton slapped his fork onto the tabletop and clenched his fists.
His bampot brothers leaned against each other in fits of hysterics.
Cook and the butler stood side by side at the swinging doors to the kitchen, their backs to the room, shoulders shaking with laughter.
Effie moaned. “I love this plum sauce you put on the duck. It’s scrumptious.”
I dinna see what has ye so pissed. I never once said ye were the woman to end the family curse. That asinine thought came from the depths of yer mind.
Paisley flung a spoonful of mashed potatoes onto her plate. No, but you implied it. Another clump of potatoes flopped onto her dish. You and your threat to toy with me while you were touching me everywhere. What is it with men? More potatoes followed. First Alex romanced me so he could cash in on my gift. Then you put your hands in my pants so you could make me think you cared. When all the while you were just after a special breed of woman to release your clan from some ancient curse.
Ronan and Bryce both lifted wineglasses as they turned toward Creighton.
In Creighton’s red haze of anger, someone handed him a basket full of warm rolls. He tossed one onto his bread plate. I had me hands in yer pants because ye had me so turned on I couldna think. Another roll and then a third landed on the small saucer. ’Course, how could any man think with ye scratching and clawing at his back the way ye were?
Both brothers spewed wine.
Their mother stood and flung her napkin onto the tablecloth. “That’s it! I’ve had enough!” She pointed to the mound of food in front of Creighton. “Do ye think yer the only one hungry tonight? And just why are ye scowling so mean at poor Paisley?” Her angry glower slid to Ronan and Bryce dabbing at the spilled wine with their napkins. “I’ve also had my fill of yer poor manners too. All of ye are acting like adolescent hooligans.” She stood with her hands on her hips. “What is wrong with everyone tonight? Is it a full moon, or what?”

Please attend my release day party on Facebook on August 19th. There will be laughter, man candy in kilts and prizes. You may preorder this title at http://amzn.com/B00ILX9WC0.


Visit me anytime at www.vonniedavis.com
Posted by Vonnie Davis ~ Romance Author at 12:00 AM

Great excerpt, Vonnie. I'm so excited for you and this release!

Thanks. I'm excited also, Jannine. I'm doing heavy edits of book two now. Someone got into my laptop and wrote an awful mess...it couldn't have been me!!!

What a hoot! Vonnie, you sure never disappoint. Best of luck!

I have to have this book!!! Ordering now.

Thank you, Margo. You know how it goes, the closer it get to the release of a book, the more nervous we become...or at least I do.

Sandra, I hope you enjoy reading the book. It had been my "play story" for a good year. Whenever I'd hit a rough spot in my current WIP, I'd slip over to this paranormal, which was so different from anything else I wrote, and play in this make believe world until my mind worked through the mess my characters had gotten themselves into in my "real" story. Imagine my surprise when Random House wanted it.

This sounds really exciting. It's now on my TBR list.IOU

I've never seen Lost in America, but I'm like you, it does sometimes sound good to just hit the open road. Haha, I'd probably do some of the veering off too. So happy for your upcoming release! Wonderful excerpt.

Love the humor you use in your books - the 'mind conversations' going on in the except really made me smile! Another going to the top of the TBR pile!