Hanging Out at RT by Donna Michaels 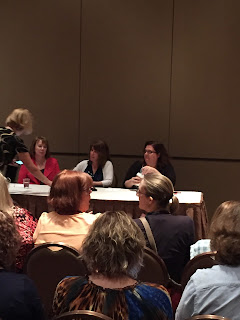 I even got to ask them a question! J “What was the favorite occupation you ever gave to a heroine?” They each said they like to give them something interesting, but they prefer to concentrate more on the whole character and her backstory than just her occupation. Could be why I love their books so much! 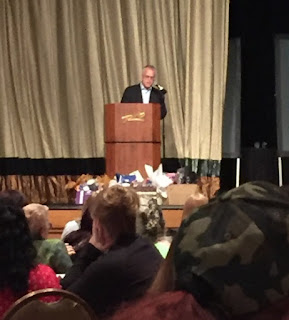 This is Brig. Gen. AJ Tata who recanted some very interesting tales and shared his version of a hero: Someone who puts other’s safety before his/her own. A wonderful definition! Oh, and he’s also a Kensington author. Look him up. He was amazing!

~Yesterday, I, along with Susan Stoker, Randi Alexander, Elle James, and Desiree Holt, had the privilege to sponsor a private concert in a suite for country music singer/songwriter, cover model, Jackson Young! We raised $500 with the sale of our Soldiers Are The Best Book Boyfriends T-shirts, which was the ticket into the private concert. 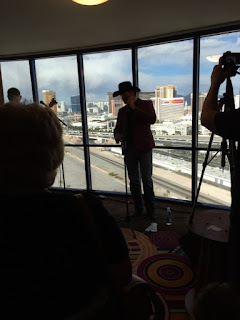 Jackson sang some terrific songs, not-yet released songs, and even did a tribute to the late, great Merle Haggard in a private suite with the Vegas strip as a backdrop. Thank you to all who came!!

~And today, is the day of the giant book fair! I’ll be there signing, along with over 600 other authors. I’ll have HER FATED COWBOY, LOCKE AND LOAD, and WYNE AND DINE, the book that just won 1st Place for Best Contemporary at the BTS eMagazine Red Carpet Reader’s Choice Awards last week! 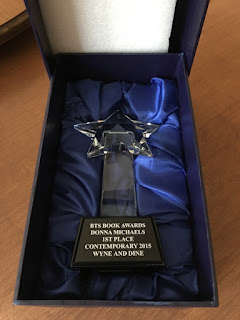 It would be wonderful to see you today! If not, I’ll also be signing tomorrow at the RT Readers and Writers Roundup!

~Next month, I hope to have some great news to share. Until then, have a wonderful April.

Thanks for reading,
~Donna

Sounds like you're having a wonderful time, Donna. One of these years, maybe I'll go to that convention. Sounds like the best one for gaining new readers.

So envious. Would love to be there instead of packing and moving. Have more fun for me.

Donna, your enthusiasm is contagious. You've got all kinds of good irons in the fire...and we want to hear your techniques for how to make a conference really pay off-contacts, sales, readers, etc.. I'm not sure I know how to do that yet!

Sounds like a fabulous time, Donna! Thanks for sharing with us.

I would have loved to have gone to RT. I'm so glad you had a great time. Looking forward to your big news!

Thanks for sharing what you did at RT. Fun time, I'm sure. I've never been. Next year? Maybe?