Sex and Coffee at Bob Evans

Bob Evans, a restaurant chain that serves breakfast all day, along with other fare, is one of our favorite places to eat. One reason is their free Wi-Fi. Another is the coffee. And, of course, the service and food is always excellent. We go two or three times a week, arriving around ten in the morning and staying until three. I write. Calvin reads our morning newspaper and his iPad.

On our way there, he'll often ask me what I plan on writing and we'll discuss it. So when I told Calvin today was sex scene writing day, he kissed my hand and told me I'd get through it just like I had with every other one I'd written. 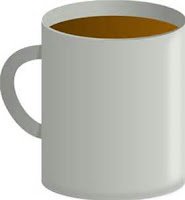 Calvin knows how I dislike penning sex scenes. How I've balked at past editors demanding more sex, earlier in the book and with explicit language. Honestly, if I could get away with writing sex in a humorous way, I would.

Yesterday, the greeter took us to our booth and chatted for a few minutes. We're known by name there, after all. Our waitress came by to say hello and did we want our usual coffees? Calvin responded with, "Yes, and please keep my wife's cup filled today. She's writing an up-against-the-wall sex scene."

I slid down on my side of the booth, trying to look as small as I felt.

The waitress, her face as red as Bob Evan's roof, opened and closed her mouth with only a squeak eking out before nodding and all but running away.

"Why would you tell her that?"

"What? That you're writing a sex scene? It's sex, angel, everyone does it." He shook his newspaper as if he'd just proclaimed something profound. The waitress appeared with our cups and Calvin looked at her. "Did I offend you with my remark earlier? I didn't mean to. After all, everyone has sex. Right?"

She waved her hand in front of her face. "Oh lawd, another hot flash!" She bustled off.

Word must have spread.

Every waitress, one of the cooks, AND the manager came by with a pot of coffee to top off my cup, each one standing behind my shoulder. I knew what they were doing. So in a "rare" display of cheekiness (oh dear, was that a bad pun?), I kept tapping away on my laptop, writing my sex scene as they nonchalantly read snippets of it. The manager tapped my shoulder and said Calvin and I could stay as long as we wanted. Uh-huh. Before I knew it, I had the dreaded scene written. In fact, I moved them onto the shower where they did the wild fandango again. By then I'd had so much coffee, I had the shakes.

I took an online workshop through RWA a couple years ago about writing sensual scenes. The presenter talked about setting the scene to write sex. How did we do it? Some participants wrote they donned sexy lingerie. Others lit candles and played sexy music. Some drank wine by candlelight, dressed in sexy things and listening to slow, sultry tunes. Me? I go to Bob Evans and drink coffee.

A FACEBOOK BOOK RELEASE PARTY AND YOU'RE ALL INVITED! Nov. 22nd...6 pm to 10:30 pm (Eastern time) Guest authors, prizes, girl talk, man candy (be prepared!), and my well-known exercise routine. Whoot!!! The link for the party is: 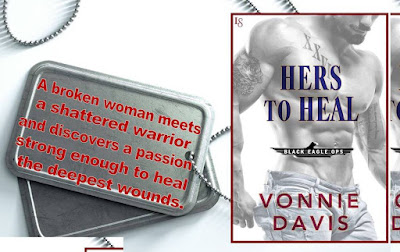 I'm reading this post while drinking my morning coffee, and it reminded me of a conference workshop I once attended. The instructor told us that before writing a sex scene, she had sex. When "finished," as her partner slept, she incorporated the experience in her novel.

I'm drinking my coffee as I read this, too. Ironic how writing the sex scenes seems to be difficult for some of us romance writers. I mean, isn't that the point? Calvin is a smart man. By bringing your task out in the open as he did, he probably helped free you from some of your inhibitions. LOL It could happen, right? The shower, huh? Nice!

I will never got to Bob Evans again without thinking of you, Vonnie. What a hoot! Love their coffee and all-day breakfast. Writing sex scenes? Whatever works, right?

I got a great laugh this a.m. with your Sex at Bob Evans story. I loved how you drew people over to read parts of the scene...Americans are usually so bashful about the subject and the act. Maybe you got some male readers through your 'artist in residence' show. I've said before, one of my favorite sex scenes of all time was Ellen Barkin in The Big Easy. Humor works and you know how to use it!

Oh my gosh...as soon as I saw the title I knew it was Vonnie's day! Too funny! I'm going to go hunting for that Bob Evans the next time I drive west across the state, Vonnie! (A note to Rolynn about The Big Easy....RIGHT??? Oh my...fanning face here....)

BTW, Vonnie, one of these days, I hope you get to write that book with a funny sex scene. I know it would be a winner.

Forget about the sex scene, I'm just wondering how the hell you can write at Bob Evans in the first place with a load of people coming and going. I once had to write while there were builders remodeling my kitchen, and it was hell. They kept finding excuses to come over and ask me questions and peer down at the computer. But write a sex scene with other people around. No way... And how come we didn't get to read it?

That's a thought, Angela, but I always enjoy the snuggle time afterward. Calvin's not so quick to fall asleep.

Margo, Calvin helped me write my first sex scene in my first book. Or rewrite it, I should say. He told me I had it written like assembly instructions for bookshelves. Well, I am a retired technical writer. That's what I did. He helped me insert emotion.

Rolynn, I've had people across the aisle ask me what I'm writing and if I'm in the zone, I'll answer without thinking. "A sex scene." Silverware drops. Silence and scowls follow. I don't get it. Mention sex and people's panties twist into a knot.

Leah, we'd been introduced to the District Manager of Bob Evans a couple years ago. He was told I was the resident author and he was full of questions. Later, while traveling, we ate at a Bob Evans near William and Mary College. The District Manager was there. He got on the microphone. "Ladies and gentlemen, we have a celebrity eating with us this morning." I looked around. "I usually see her at the Bob Evans in Lynchburg. Her name is Vonnie Davis an she writes fabulous books. My wife's read them all. Vonnie, wave your hand." (oh, good Lord!) I forced a smile and waved.

Yes, it all part of the job, Jannine. I'd just prefer not to have it announced. Let me write the wild fandangos in private even if I'm in public. LOL

The background noise and hum doesn't bother me. At home, Calvin has the TV and stereo on while he sings a completely different song. It's taken me years to get used to that. So as long as it's not squealing kids, I'm fine. And why didn't you get to read the sex scene? Location, location, location. LOL I don't think our readers would appreciate it.

Thanks for a great post to end my disappointing day! You brought the smile back.

Brenda, then my work here is done.

Ha, love this!! The title was definitely an attention-getter. What a cute story! As for how I write sex scenes, pretty much the way I always had sex, just close my eyes and get it over with... Ha! Not really. Even though I'm now celibate, I don't dislike sex, but I do dislike writing about it. I'm not a prude, but I just don't find sex scenes interesting. In the least. Reading OR writing them. Thanks for the giggle...now you have me wanting to hang out at Bob Evans. I'm not sure if we have them around here, though.