Please welcome Diane Wickles to The Roses of Prose! 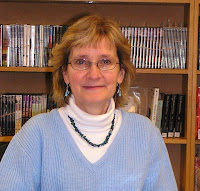 Although summer is my favorite, fall is a beautiful season with the changing leaves, pumpkins and a nip in the air. The super bowl is barely over and my husband begins talking about the next football season. I root for the Steelers, and now the Panthers since we’ve moved to NC, but what I associate with football are a pot roast or chili perfuming the house with tantalizing odors, a well-loved afghan and a good book.


While my husband “arm-chair quarterbacks” on the game, I snuggle beside him with my current read. I will admit that when the Steelers play, I can’t snuggle as close because he tends to fidget and jump up with either elation or frustration, depending on how the game is going. But with some games I can even close my eyes and snooze a bit if the mood hits me.


Even though fall represents different things to my husband and me, it is a season of togetherness, warmth and relaxation.


What does fall represent to you?
Book Blurb : Hong Kong Treasure by D. Dominik Wickles
Deshi Han, a martial arts actor and director, thinks a serious relationship would hamper his career. On a charity trip to the typhoon ravaged Philippines he agrees to take a young American woman back to Hong Kong to rest and regain her memory.
Once back in Hong Kong, Deshi reluctantly allows the woman he names Annie, to accompany him on the movie sets and on his trips across China. Despite his attempts to remain aloof with Annie, a romance develops between them.
Meanwhile, Annie is troubled by nightmares which allude to a danger lurking from her past and someone on Deshi’s crew is trying to sabotage their budding romance. As Deshi is forced repeatedly to disrupt his work schedule to protect Annie, it serves to confirm his belief that careers and relationships don’t mix.
But when it looks like Deshi will lose Annie, and he risks everything to save her, will it be too late?

Book Excerpt:
Leyte Province in the Philippines. Her running steps echoed from the walls. Would he catch her? It meant white slavery if he did. Slamming open the kitchen door, she burst out of the hotel despite the typhoon ravaging the eastern coast. The destructive winds and rains were buffered in the alleyway behind the hotel, but she still had to fight for each step away from the man she knew was just behind her.
Without warning, massive walls of water rushed into the alley from both ends. The sixteen-foot wave scooped her up and battered her against the buildings. When the storm surge receded, she lay bruised and unconscious beneath a mass of water-logged debris.
*
“I’m told there are eleven buildings, besides this church, serving as shelters,” Father Donovan said. “I haven’t left here since the typhoon hit four days ago. Is the damage extensive?”
“Yes. Very. Many people with no homes, no food,” Deshi Han replied.
Father Donovan put his hand on Deshi’s shoulder. “You brought much-needed food and supplies. Your movies are loved but your charity work is well-known here in the Philippines. I thank you. You are truly doing God’s work, my son.”
Deshi watched as a volunteer passed out the blankets he had brought, which would help to cushion the pews they were using for beds. He shook his head. “I wish I do more.”
“Perhaps there is something …” Father Donovan began.
“What, Father?” He followed the priest to a courtyard. A young woman sat beside a storm-crushed rose bed. Deshi guessed her to be American, in her early twenties. “Who she, Father?”
“No one knows, not even her.” Father Donovan tilted his head to the side and sighed. “She has no memory of anything before the typhoon. One of the doctors informed me that she just needs rest to regain her memory.”
Deshi watched the girl slowly gather the broken branches from around the few unharmed plants. A child about five years old ran up and tapped her on the shoulder. The young woman’s solemn face broke into a smile as the child led her away toward another section of the church.
Father Donovan turned to Deshi. “But she won’t get that rest here. She has nightmares and cries for the orphaned and injured children. I’ve prayed for someone to claim her and take her away from here.”
“We delivered the supplies to the kitchen.” Jun Chew, Deshi’s assistant, spoke in Cantonese as she approached them.
Deshi turned away from the doorway, nodded at Jun then called to his business manager, “Where the next shelter, Paul?”
Paul Wu shook his head then responded in English. “We have distributed all the supplies we brought, Deshi. That is all we can do today.”
“Besides,” Jun continued in Cantonese, “we have to get back or you will be late for the senior citizen center opening.”
The supplies had gone so fast. They had only been to six of the eleven shelters and there were so many people still in need. “Maybe one more thing I can do today,” Deshi said with a sigh. “Father?”
The priest’s right hand clutched the large cross at his neck and he smiled. “Yes, my son?”
“I will take her.”
Buy Links:
http://www.amazon.com/dp/B00U733CBY
http://www.barnesandnoble.com/w/hong-kong-treasure-d-dominik-wickles/1121640005?ean=9781628279825
Bio:
D. Dominik Wickles is the pseudonym for Romance author, Diane T. Wickles. Diane has always been overly curious and loves to try new things. Some of her interests have included studying martial arts, getting her degree in Criminal Justice, ice skating, traveling and of course, writing stories. Her career path has taken her from bank teller to probation officer to computer instructor to library clerk to author.
She has explored many genres including horror, humor and mystery publishing several short pieces on various online magazines. Diane’s books always have a happy ending but the road to that point is rife with mystery and danger. She is a member of Pennwriters and is active in two local writing groups.
At her home in northwestern Pennsylvania, she talks to her cat, reads 2-3 books at a time, constantly searches for new vegan recipes and creates her characters. In her spare time, she loves camping and building dollhouses.
Contact her at: ddominikwicklesATgmailDotcom
Social Media Links:
Twitter: www.twitter.com/ddominikwickles
Facebook: www.facebook.com/ddominikwickles
Pinterest: www.pinterest.com/dianetwickles
Blog:  https://ddominikwicklesromance.wordpress.com/
Website: https://romancebyddominikwickles.wordpress.com/

Posted by Brenda Whiteside at 8:42 AM

Welcome to the Roses of Prose. Thanks for sharing your latest work. Best of luck!

Glad you joined us today, Diane. Great setting you've got going and interesting characters. With your degree in Criminal Justice and experience as a probation officer, you are way ahead of me in knowledge base. Good for you and good luck with your suspense novel!

For me, fall is about walks in the woods with beautiful colors, firing up the wood stove in the evenings, and writing...but then the writing happens no matter the season. Welcome to our blog, Diane!

Welcome, Diane! Really enjoyed your post and excerpt. Your home sounds about like mine, except we're tuned to the Redskins and Giants (when we can get them). I usually have my Kindle handy whenever the TV is on...which is why my husband insists we've seen all these movies that I read through! Hope you had a wonderful Thanksgiving. Happy fall.

Welcome, Diane. I love a lot of aspects of fall--crisp days, the colors, etc. But it means winter is coming. Best wishes on your book.

Welcome! I enjoyed the post and the excerpt. Thanks for sharing. Fall represents cooler weather and fond memories and pumpkin and Halloween and these are a few of my favorite things. :)

Thank you so much everyone for your warm welcome and good wishes for my book's success. I feel honored to be included in The Roses of Prose :) Wishing everyone a winter full of books.