My newest release, The Power of Love and Murder, book four in the Love and Murder Series, held a double whammy of wicked fun to write. I have TWO villains in this novel. When the original idea came to me, the politics of late were not on my mind, yet I chose a crooked, evil politician as one of the villains.

In this year's election, we had a non-politician hell-bent on causing trouble, and a seasoned female politician who some said we couldn't trust this time around. My senator aiming at the presidency is neither, but wicked he is!

But the other villain, FBI Special Agent Vince Elams, was the most fun to put on paper. Vince is the villain you think twice about. He gives you moments of awww, that's why he's bad...should I feel sorry for him? Then he turns around and is rotten so you chide yourself for thinking any kind thoughts about him. Here's an intro to Vince, the first time we learn a little about him: 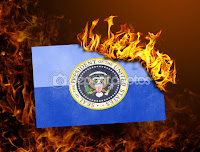 Vince rubbed his face, digging his thumb and finger into his eyes to reach a deep-seated fatigue. Finding dirt on opponents, uncovering weak spots on other equally ambitious politicians, greasing the pockets of dishonest corporate movers and shakers, and using his resources at the FBI for illegal purposes meant nothing. He considered the activities…a game he enjoyed.


Murder? Hadn’t mattered thirteen years ago. He touched the photo of his wife. “Sorry, Brita.” When she died, his life, any life, had lost all significance. Back then, he’d sold his soul to the devil in the body of CEO and someday Senator Clyde Westingly, and there was no absolution to be found. So be it. He’d done Westingly’s bidding without thinking, as if some other force drove his body, taking him along for the ride. So many years ago. Hell bound for sure, yet he just didn’t have the stomach for murder anymore.

I hope you'll enjoy reading about Vince and all my other characters as much as I enjoyed writing them. The Power of Love and Murder releases worldwide on December 21, although you can pre-order the eBook edition right now.

Email ThisBlogThis!Share to TwitterShare to FacebookShare to Pinterest
Labels: brenda whiteside, Love and Murder Series, romantic suspense, The Power of Love and Murder, The Roses of Prose

Wow, Brenda. Just wow! I must get going on this series. Good stuff! Best of luck, as in many sales.

Why thank you, Margo. Happy Thanksgiving!

Sounds like my kind of story. Now I have to read the whole series.

Awesome excerpt, Brenda. A villain you love to hate. Pardon me while I finger click a little. Happy Thanksgiving!!

Way to go, Brenda! Our villains have to be believable; how they emerged to be so evil has to make sense to the reader. You are brave to take on the challenge of puzzling through what makes a villain tick. Good luck with this series!

You gotta love a great villain! Terrific job with this one, Brenda. Happy Thanksgiving, everyone!

Fantastic bad guy, Brenda! Great job showing his vulnerability, along with his evilness. Wishing you much success with the series, and this new title. Happy Thanksgiving!

Thank you so much, Diane!

Happy Thanksgiving to you too, Vonnie.

Why thank you, Rolynn. It's fun for sure.

Thanks, Jannine. Happy Thanksgiving to you too.

Thanks, Leah. Hope you had a great Turkey day.

Wow, chills! Excellent excerpt. I SO enjoy a wicked villain, and two for the price of one? I'm IN! :) Wonderful trailer. Best wishes!!