Bob Dylan: Poet for the Ages by Alison Henderson 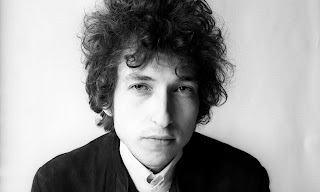 This year, when the Swedish Academy chose Bob Dylan as the winner of the Nobel Prize in Literature, I stood up and cheered—or more appropriately, I burst into song. I know some were surprised that a songwriter would be considered for, much less win, the prestigious award, but to me it was well-deserved. His lyrics are pure poetry.

I’ve never been much of a fan of poetry. I disliked the poetry sections of my high school English classes and truly hated being forced to try to write my own. Poetry simply isn’t my medium—probably because it requires such imagination and precision of language to say so much in so few words. Dylan is a true master. Take, for example, his 1967 song, I Shall Be Released. He was only twenty-six when he wrote this haunting ode to those in prison, both physical and spiritual. How could such a young man have this level of understanding of the human condition?

They say ev’rything can be replaced
Yet ev’ry distance is not near
So I remember ev’ry face
Of ev’ry man who put me here
I see my light come shining
From the west unto the east
Any day now, any day now
I shall be released

They say ev’ry man needs protection
They say ev’ry man must fall
Yet I swear I see my reflection
Some place so high above this wall
I see my light come shining
From the west unto the east
Any day now, any day now
I shall be released

Standing next to me in this lonely crowd
Is a man who swears he’s not to blame
All day long I hear him shout so loud
Crying out that he was framed
I see my light come shining
From the west unto the east
Any day now, any day now
I shall be released

And who among us could resist the ultimate seduction of Lay Lady Lay?

Lay, lady, lay, lay across my big brass bed
Stay, lady, stay, stay with your man awhile
Until the break of day, let me see you make him smile
His clothes are dirty but his hands are clean
And you're the best thing that he's ever seen.

The range of Bob Dylan’s body of work is astounding and iconic, from protest songs like The Times They Are A’Changin’ and Blowin’ in the Wind to the sweetly poignant Forever Young and the Western classic Knockin’ on Heaven’s Door. It’s a tribute to his genius that his songs have been covered by artists from The Band to Nora Young to Guns N’ Roses. If you haven’t listened to some of these songs lately, treat yourself to a trip to You Tube.

I was surprised the Nobel committee chose a songwriter. I admire Dylan's work. Good post, Alison.

Calvin and I were both thrilled when Dylan was announced as a winner. We're both big fans. Calvin recalls Dylan showing up at every civil rights rally, especially the March on Washington, to sing. It was a contentious period and Dylan was the poet for that generation and the next, I think. He's his own man and has always does things his own way. His lyrics, often written quickly on a bus, are pristine and insightful. I write poetry and fall far short. Awesome post!

Alison, thanks for reminding us of Dylan's work. I was proud when Dylan won the big prize and tickled when he reaction was, as always, different from the norm. Dylan's songs became popular when I started college in Minnesota...he was from Minnesota (Duluth/Hibbing). I was in awe of his counterculture sensibility, watching from my little Lutheran college (St. Olaf). He's 75, can you believe it...painting these days, I hear. I'm so glad he's gotten the ultimate pat on the back!

I'm a huge Dylan fan. He is the face of my high school years. And I'm with you on poetry, Alison. There are a few poets I enjoyed when forced to read in hs and college. But for the most part, it was a struggle. Dylan's poems set to music, colorful, insightful, fun...yep, that how I like my poems.

Same here, Alison. I loved his lyrics and was thrilled his work was recognized. Blowin' in the Wind always makes me so sad, especially the last line where he asks
"...How many ears must one man have
Before he can hear people cry?"

Thanks, ladies. I'm glad you enjoyed the trip down memory lane as much as I did.

He does have some wonderful, evocative lyrics. I can't write poetry, either. It takes a special talent. Great post!

So very, very cool he got the award. His response was sooo typical, and heartwarming.

Thanks, Phyllis. I would have printed the lyrics to a dozen songs if I had enough space.

I agree about his response, Margo, so Minnesotan in spite of everything.

Truly the soundtrack to a generation. I cannot listen to his duet with Johnny Cash of
Girl from the North Country enough.