Southern by the Grace of God 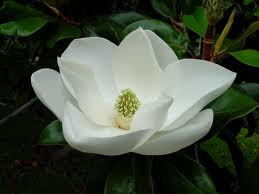 Confederate History Month. Do I have a choice but to write about Confederate History Month? Not really. Not with my Southern roots.  I grew up with the saying American by birth, Southern by the grace of God. I am proud to be Southern…always have been.
Those damn Yankees….
Where I grew up, you considered yourself Southern as much as you considered yourself an American. It’s in your blood. My great-great-great grandfathers fought for the Confederacy. Oh, I get lost in the greats, but you can get the picture. A couple of them died in the war; a couple of them were considered deserters for a short time. It was the only way you could check up on your family. They would leave the army for a brief period of time and would go back. When my grandmother talked of the past, she still carried a grudge against carpetbaggers.
But I guess it was my great-great grandmother’s account of growing up during the Civil War that had the biggest impact on my feelings about the war. The tale turned from the frontlines to the home front which  included what it was like to live through the Civil War. She was born in the foothills of Alabama; the oldest of four children. Her daddy died from a wound inflicted at the Battle of Shiloh. She wrote of the hardships of surviving the war. As most of the deep South, her family was poor; lived in a log cabin, and barely got by after her Momma died from an illness. One of the most telling accounts was hearing cannon fire in the distance and knowing it was a battle.
Kinda explains why we Southerners are a stubborn lot; why we hang on to the past the way we have. When I met my husband (yes…he’s one of those damn Yankees), he didn’t have a clue that we were still fighting the war.
My first writing contest I entered was when I was in the fifth grade. The whole of my school had to write an essay about the Civil War, I won second place. Of course, the judges told Momma I would have come in first if I hadn’t said that the South should have never seceded from the Union. Probably didn’t help either that I wrote that Abraham Lincoln was my favorite president.
Differences of opinions are another trait we Southerners have. We’re born with the innate ability to debate and we are never…never wrong. But in reality, it’s who we are as Southerners. We feel things with passion and attack things in the same manner. Good people. Really and truly.
I’ll leave you with one last little antidote. When my son was six, he flew down to visit his cousins in Mississippi a week before the rest of us followed. When I walked in Momma’s door after a week, I could see immediately he had something to tell me. As soon as I could, I pulled him aside and asked what was wrong.
“Momma,” he said exasperated. “They keep calling me a Yankee. A little Yankee.”
Trying to suppress a smile, I answered, “Honey, it’s okay. They don’t mean anything by it.”
“Well, I told 'em,” he answered me.
“Told them what?” I asked, now slightly confused.
“Told I’m wasn’t a Yankee. I’m a Red Sox.”


As a writer, I do have a manuscript I am revising on the Civil War. At one point it was called Whispers of a Southern Heart. I've since changed the name to Belle of Charleston. Honestly, Belle of Charleston will probably be the only Civil War book I write...but I love to write about the South. I have a series with Whiskey Creek Press, The Tides of Charleston. This series deals with the Southern Campaign during the American Revolution. The Judas Kiss has already been released. The Promise is due in May followed by Another Night Falls.

Posted by Colleen Connally at 12:00 AM

Email ThisBlogThis!Share to TwitterShare to FacebookShare to Pinterest
Labels: jerri hines, Southern, Southern as a nationality, The Judas Kiss, The Promise, The Roses of Prose Where Romance is Never Out of Season, whiskey creek press

Loved your son's Yankee story. That's classic! Beautiful cover for The Promise. Wow, only a month till it's out.

Can you believe I haven't started edits? But gorgeous cover!

Still fighting the war, eh? Sounds a lot like Ireland...still claiming 800 years of British oppression! Must say, ever since I read, and saw the movie, of Gone With The Wind, I've imagined the South as being oh, so romantic - and those accents! Look forward to reading your civil war book.

Glenys,
We just can't let go... Writing Belle of Charleston was hard probably because of the devastation the Civil War caused.

Jerri, love the cover for THE PROMISE. I'm a Yankee living in the south. Imagine my shock the first time I heart the term "the war of the northern aggression." Yi

Vonnie,
Thanks. I know what you mean. Took my husband by surprise, too.