Bottoms Up! by Claire Ashgrove

Bottoms up, everyone -- this is the national Jazz Appreciation Month!  And as a Kansas City gal, I couldn't miss the opportunity to share some of our history.  Afterall, the old saying goes, "Jazz was born in New Orleans , but America's music grew up in Kansas City."

So step back in time with me to the 18th and Vine district of Kansas City... 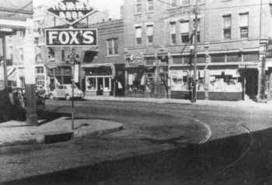 Would you believe that 1940s little corner was the hubub of night life?  You see, KC, in the '40s was a unique place.  Missouri rejected prohibition three times, before signing the 18th Amendment only after enough votes had been obtained for it to pass anyway.  But we went a step further, or rather our politica boss, Tom Pendergast did.  He insured that the prohibition laws wouldn't affect KC's liquor industry or saloons.  Which meant Kansas City's nightlife was on fire.  And that's where our jazz began.

Late night (and all night) clubs inspired jam sessions that went on and on.  Solos were introduced to help facilitate what was rather a competition, of who could recreate the same song, as long as possible, throughout the night.

Sit back and take a listen to the master.

Doesn't it put you in the mood? Picture the men in their pinstriped zoot suits, fedora hats, shirts, ties, suspenders, watch chains, and wingtip shoes. Women in knee-length dresses that highlighted narrow waists, black kid gloves, elaborate hairstyles, stylish hats, and bright red lipstick. Dancing the night away. Lounging in red velvet chairs at dark wood tables, a cigarette in one hand, a cocktail in the other. Laughing intimately before leaning in and touching foreheads... before stealing a kiss beneath the low lit lamps.

Driving home in their deep burgundy Packards, or perhaps walking down a crowded sidewalk as music drifts from the doorways of the open, crowded clubs. What awesome imagery for a story setting!

18th and Vine still exists today and has been revived through community efforts. Jazz is, very much, at the heart of everything there, and several of the original buildings still exist. Come back on the 30th and I'll share a little more of where we've grown, and where Jazz grew, in the years after. It'll be fun. At the very least you'll have some music to listen to!

Meanwhile, Bottoms Up!  Kick back, have a toast in honor of the festive month, and turn on Count Basie.  I'll drink with you.  Pass me a Bacardi Limon and Coke, please.

And by the way, since it's brand new on the shelves! I have a new book out this week -- Ensnared by Blood. Check it out if you want a dark, paranormal read! It's the fourth book in my Inherited Damnation series.

Wow, Claire, you really set the mood. Toasting you with my coffee cup. I don't think I can face Bacardi at 8AM! I'm looking forward to your next post.

Hi Claire! I'm a Kansas City girl, too--spent my first 35 years there. Several family members still live there. I even set my first two books in Missouri. Thanks for the blast from the past.

Miss out yesterday! Interesting blog. Love the cover to the new book!