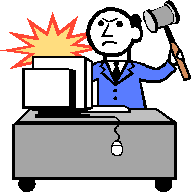 Some days the words just don't flow. Usually, being a journalist, if you give me any subject and ask for 500 words, I'm right there. Done.
Yet this month, out of the blue, I looked at the lovely list of topics posted for this month for the Roses blog and - zippp! - my mind went blank.
That's an experience similar to staring at the blue screen of death when your computer crashes.
Help!

I tried all the usual things: extra strong coffee; refusing to leave the office chair until I'd written; moving out to the patio with a notebook hoping a change of scene would spur some neuron activity; taking a walk; eating chocolate - none of the tried and true tactics worked.It got worse as I watched my fellow Roses coming up with all kinds of clever blogs on the themes while my screen remained - blank.
I don't know why....
And when I did start thinking in a writerly fashion, it turned out I was way off topic. I was actually thinking about book blurbs, the short descriptions on the back cover that hope to hook you into buying.
So instead of something fascinatingly informative and witty about frogs or history or Easter, here are my thoughts on book blurbs:
If you are anything like me, you are attracted first by the title and cover, and then by the back cover blurb.
According to the people who study these things, writers have something like 30 seconds to impress you once you, the potential purchaser, pick up the book. Getting you to open the covers and read the first few lines is crucial! If the book doesn’t grab you then, you'll quite likely put it back on the shelf. So the major part of that battle is to capture your interest enough to get you to actually pick up the book and open the covers. Which means you’ve got to have something pretty special in the back cover blurb.
Tough, but not as hard as it is in movies,where scriptwriters put together a one or two line pitch or ‘logline’ in order to grab a filmmaker’s attention. In classes, I ask students to write a ‘blurb’ about their story in just a couple of sentences and that usually evokes some pretty loud groans, although once they’ve mastered the art, most writers think it’s a real benefit. Distilling your story down to its very essence in a couple of sentences clarifies it for you; it also tells you pretty quickly whether you’ve got a strong idea or not.
Using these few sentences to describe your story can make an editor-grabbing beginning to a query letter! In this stripped down story line, you need to have the names of the main characters, something about their motives, the challenge facing them, and their reactions. The Who, What, When, and Why. You can keep the How part a secret for now – it’s good to leave the reader hungry to know the ending of your story and the fate of the protagonists.
Here’s the blurb for Marrying Money, my soon to be in print romantic comedy release from Red Rose Publishing

Diana, Lady Ashburnham, needs to find a rich husband, and fast.She’s the last of an aristocratic line stretching back 500 years, and she’s broke. The family fortunes have been eaten up by the crumbling mansion and impoverished estate. Not wanting to be known as the ‘Ashburnham Who Lost The Lot’, she refuses to sell off heirloom jewellery or let the estate be auctioned off to a dot.com millionaire or heavy metal rock star.That’s when Diana has her Great Idea – she’ll follow a new take on the way her ancestors raised money – by marrying money! So Diana corals her best friend, Sally Barnes, into joining her on a trip to Ireland to try to net a – preferably titled – millionaire.
See – an entire short novel condensed into six lines. Yet those lines tell the reader a lot about the story, the characters, motivation and setting, without giving away the whole plot.
Another way writers capture a reader’s interest is to have a few lines from a well-known author – or at least someone better known than yourself – praising your story. That’s not so easy to get until you’re fairly well known or you have made a point of making lots of writer friends who now feel indebted to you.
There are dangers inherent in this, however. Groucho Marx is supposed to have written the following note to an author who had requested some kind words to put on the back cover of his novel: ‘From the moment I picked up your book until the moment I put it down, I was convulsed with laughter. Some day I intend reading it.’ Uhmm, when you think about it, not really much of a recommendation!
Then there’s the equally obscure comment from a Victorian English Prime Minister, Benjamin Disraeli, himself the author of several books: ‘Dear Sir, thank you for sending me a copy of your book, which I shall waste no time in reading.’ That’s a double meaning I wouldn’t want on my back cover!
One last thing – have you ever wondered where the word ‘blurb’ came from? (No? Okay, maybe it's just my mind that goes off at these tangents)You must admit it’s a bit of a weird word and doesn’t seem to have any scholarly Latin or Greek roots. According to an article in the Toronto Globe & Mail newspaper about this very topic, we can thank a writer named Gelett Burgess for the phenomena. It seems, according to the Globe, that Burgess wanted to grab attention for his funny book, ‘Are You a Bromide?’ published in 1907. He did so by putting a picture of a pretty young woman on the cover. This fictional young lady’s name was Miss Belinda Blurb, and she assured would-be readers that Burgess’ book was ‘…a terrific read.’
So, readers and fellow authors, what back cover blurbs have grabbed you? Do you like humorous ones, or those that hint of something dark and deadly? How important is the blurb to you when deciding to buy a book? Please share some of your thoughts in the comments column!
Glenys O’Connell is hard at work on a blurb for her next book, Saving Maggie, a romantic suspense/paranormal, and Naked Writing:The No Frills Way to Write Your Book.. Meanwhile, for those who like a lot of humor with their romance, her latest release is Marrying Money, a romantic comendy set in the UK and Ireland,currently an ebook and scheduled to be released in print later this year.
Posted by glenys at 12:01 AM

Dare I admit - I absolutely love writing blubs. There's something about condensing a whole book into a few clever phrases... At least one can hope they're clever. LOL I always seem to end the blurb with a question. Can't get away from that habit.

Like Jannine, I have to confess, I don't mind writing blurbs. Tag Lines are good too.
I always read the blurb of any book that I buy, and if it doesn't instantly grab me, I put the book back on the shelf and look for something else.

Blurb writing does drive me crazy but I've found if I write an elevator pitch first, the blurb comes easier. Nice post, Glenys.

When I was writing my romantic suspense, my heroine emialed her sister about her very eventful day in Paris. At the time I thought wouldn't this email make a great blurb? When the time came, I proposed the idea to my editor who loved it. Promotion said I had to whittle it down to 150 words, and my editor and I started chipping away. I'm eager to see how readers like an email for a blurb.

After the cover, the blurb is the hook! Great blog. I confess I love writing the blurb after finishing my story.