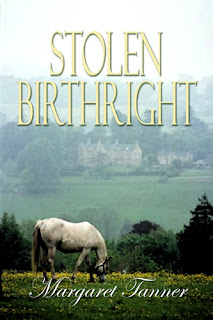 In colonial the families of ex-convicts and poor Irish immigrants were often on the receiving end of an unfair English justice system, which favoured the rich and powerful.


Against this background, Ned Kelly, his brother Dan and their friends Steve Hart and Joe Byrne formed a gang and became bushrangers (outlaws). They were hated by the authorities but revered and aided by many ordinary folk who thought Ned Kelly had been persecuted and forced into crime.


On the 26th October 1878 at Stringybark Creek, the Kelly gang shot and killed three police troopers and wounded a fourth after the police set a trap for them. After this incident there was a price on Ned Kelly’s head.

Desperate to catch the bushrangers the government of the time revived a medieval law that had been obsolete in for centuries.  They called it the Felon’s Apprehension Act of 1878.


This Act enabled the Kelly gang to be proclaimed as outlaws.  It was one of the most serious laws parliament could evoke.  It authorized any person to shoot the proclaimed dead like wild beasts, without demand for surrender, or any process of arrest or trial.


On the ninth of December 1878, the Kelly gang came out of hiding in the ranges to hold up the bank in Euroa, their first public appearance since the Stringybark Creek murders.  They made their way to a sheep station on the Faithful Creek to spend the night, having first locked up the manager and his men in the storeroom.  The next day after a hearty meal they rode away.


On the day of the tenth, at the exact time the

Licensing Court
was in session and the town's only policeman otherwise occupied, the Kelly gang robbed the bank. They got away with more than nineteen hundred pounds as well as thirty or so ounces of gold.  After a siege at the Glenrowan hotel, Ned was finally captured. Dan Kelly, Steve Hart and Joe Byrne were killed when the hotel was set alight.


Ned Kelly was subsequently put on trial, found guilty and hanged in what is now known as the Old Melbourne Jail.


The Old Melbourne Jail is now a tourist attraction and is open to the public and what a spooky place it is even in daylight.  Ned Kelly’s death mask is out on display and the scaffold still stands with the rope swinging over the trapdoor.

I visited there one day when I was researching one of my books.  The stone cells are small and icy cold, and there is an aura there that chilled me to the bone. At night time not a skerrick of light would come in through the tiny barred window up near the roof. Once the door of the cell was shut, I swear, you would have felt as if you had been entombed.


SAVAGE UTOPIA /STOLEN BIRTHRIGHT – a 2 for the price of 1 e-book from Whiskey Creek Press
A dark secret and an act of treachery lead to a terrible injustice. And how can an English aristocrat marry a convict’s daughter?

What a great piece of history. I guess America isn't the only place where outlaws are romanticized in folk lore. This reminds me of Butch Cassidy and the Sundance Kid or Bonnie and Clyde. Thanks for sharing.

Hi Jannine,
Thanks for dropping by. Yes the US had quite a few outlaws who were romantisized, Ned Kelly was really the only one that we had here.

I love history and Australia holds so much rich and intriguing history. Thanks for sharing. The story sent a chill up my spine about the jail!

My husband and I are watching Tony Robinson's series on PBS about the history of Australia, and it's fascinating. He's still in the early part of the 19th century, but I can't wait for the episode dealing with the bushrangers. Thanks for the post!

Hi Jerri and Alison,
Thanks for dropping by. Yes we do have an interesting history, quite unique in many ways.