NIGHT STALKER – Margaret Tanner
This event happened to me many years ago, and even now I can still recall the terror.


The ground lay parched and gasping in the grips of a three year drought. A few birds drooped from the ghost gums which were tortuously etched against the vivid blue sky. I will never forget this scene, having come up from to spend the summer holidays on my uncle’s farm. 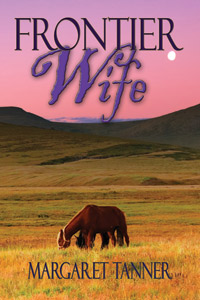 This one particular night still haunts me. Something woke me up, I couldn’t say what, but I had the strangest sensation of another presence being in the room. It was so dangerously casual up here. Everyone slept with their doors and windows open.
In the darkness outside, the moon sailed the sky like a ghostly galleon, and the stars looked as if they were pasted on to black velvet. I could see this through the open window, which being an old fashioned double hung one, was quite a distance from the floor.
Fear gripped me. A fear so terrible I’ll remember the taste of it forever. I tried to scream, but couldn’t. I tried to use my hands to cover my heart in case the unknown assailant meant to knife me in the chest.
I debated rolling over and lying on my stomach, but an even worse panic gripped me. I might be stabbed in the back. Which would be worse? To be stabbed in the back or have a knife thrust into my chest? No sound would pass through my frozen vocal cords.  My hands felt clammy, yet I was icy cold.
If I didn’t move perhaps the intruder might think I was asleep. Would a maniac stab a sleeping child? I had to be dreaming, I chided myself. Nothing like this would happen in real life. I was having a nightmare.
Fear ate away at the small amount of courage I may have had, but finally I croaked. “Is that you Ron?” and it echoed like a subdued pistol shot in the darkness. Hateful child that my brother was, he didn’t answer. In the morning I’d tear him limb from limb. I’d pulverise him. Anything. No torture would be too great. Of course, he was only six, and small for his age, but I would have no mercy. I had been a master for years of all forms of subtle torture that an older sister could perpetrate on a younger brother.
Nothing moved. No sound broke the silence. Time hung suspended like a broken pendulum. The moon and stars were suddenly blocked out, and the room became a yawning, black, bottomless pit.
I still couldn’t move, but it didn’t matter because it was only my horrible little brother. Little! I felt the scream rise up in my throat. He was six years old, and short. That window had to be all of four feet off the ground.
I prayed as I hadn’t done before. Please God don’t let me die. I was too young to die. Hadn’t I attended Sunday school for years? All those times I had kept the collection money to buy sweets after Sunday school suddenly haunted me. Hadn’t I flicked the bottom of the plate so the offering monitor would think he heard my coins dropping? Those dozens of twenty cent pieces forged a chain which somehow entwined my throat, and slowly choked me.
Never again. If I survived, I vowed to be honest. No more lies, I would even be nice to my brother. No more stealing the collection money. I would reform my criminal ways, but God, don’t let me die. I changed it to Jesus don’t let me die. He was the one that said “Suffer the little children to come unto me.” Yes, I’d pray to him. No, why not both of them, I might be more successful that way.


I lay for an eternity loathing my cowardice. Why didn’t I scream the place down and bring my uncle running in with his shotgun. Jump out of bed. Put up a fight even. I couldn’t move. I was frozen. Immobile.  An easy victim.
After what seemed like hours, the feeling of another presence in the room faded and I was once more alone. Alone, but alive. The hours until dawn stretched before me like a lifetime, but I wouldn’t close my eyes again in case the intruder returned. Now I found that my limbs could move. I could speak, but I didn’t. No use waking the rest of the household now. All I had to do was wait until morning.
The first faint flush of dawn stained the horizon. At last after what seemed an eternity I heard my aunt and uncle moving about. Throwing on my dressing gown, I ran out into the kitchen.
My aunt was preparing breakfast and I heard my uncle disappear out the door on his way to milking. I babbled my story, and my aunt thought I must have dreamt it all, but I knew I had not. Before my uncle returned we searched the house for signs of robbery- nothing missing.
“See,” my aunt said. “You had a nightmare.”
On my uncle’s return, he agreed that I had indeed been dreaming, but I knew I hadn’t.
After breakfast, I went out to the front yard, and there on the dust were the imprints of large rubber soled shoes. My Uncle Bill was a very small man, an ex-jockey.
I didn’t bring the subject up again, but to this day, I can still remember that terrible night, and the unexplained footprints in the dust.
Margaret Tanner is a multi-published historical author with Whisky Creek Press and The Wild Rose Press.
http://www.margarettanner.com/
Posted by Margaret Tanner at 3:00 AM

Margaret,
What a frightening experience, but you wrote so I felt I was there also. Somethings never leave you, do they?

Spooky. Beautifully written, too Margaret. I found myself not breathing for a while there!

Oooh, Margaret, you scared me to death! You've got a marvelous talent for writing suspense.

Definitely a shivery tale! It would work well for the opening scene of a book, the prologue that takes place 20 years earlier. Now he's baaaaaack! LOL

This kind of story is the spookiest kind!!

Hi Jerri, Laura, Alison, Jannine and Brenda
Thank you for the kind words. Yes, it was a really frightening experience and to this day we never found out who it was.

Margaret, I loved this book! You are a wonderfully talented writer. Only thre weeks until you're big day.

Hi Caroline,
Thanks for stopping by. I know, can't wait. Friday 4th November, can't come soon enough for me.