Too Many Partials, Too Little Time by Barbara Edwards

Too Many Partials, Too Little Time by Barbara Edwards 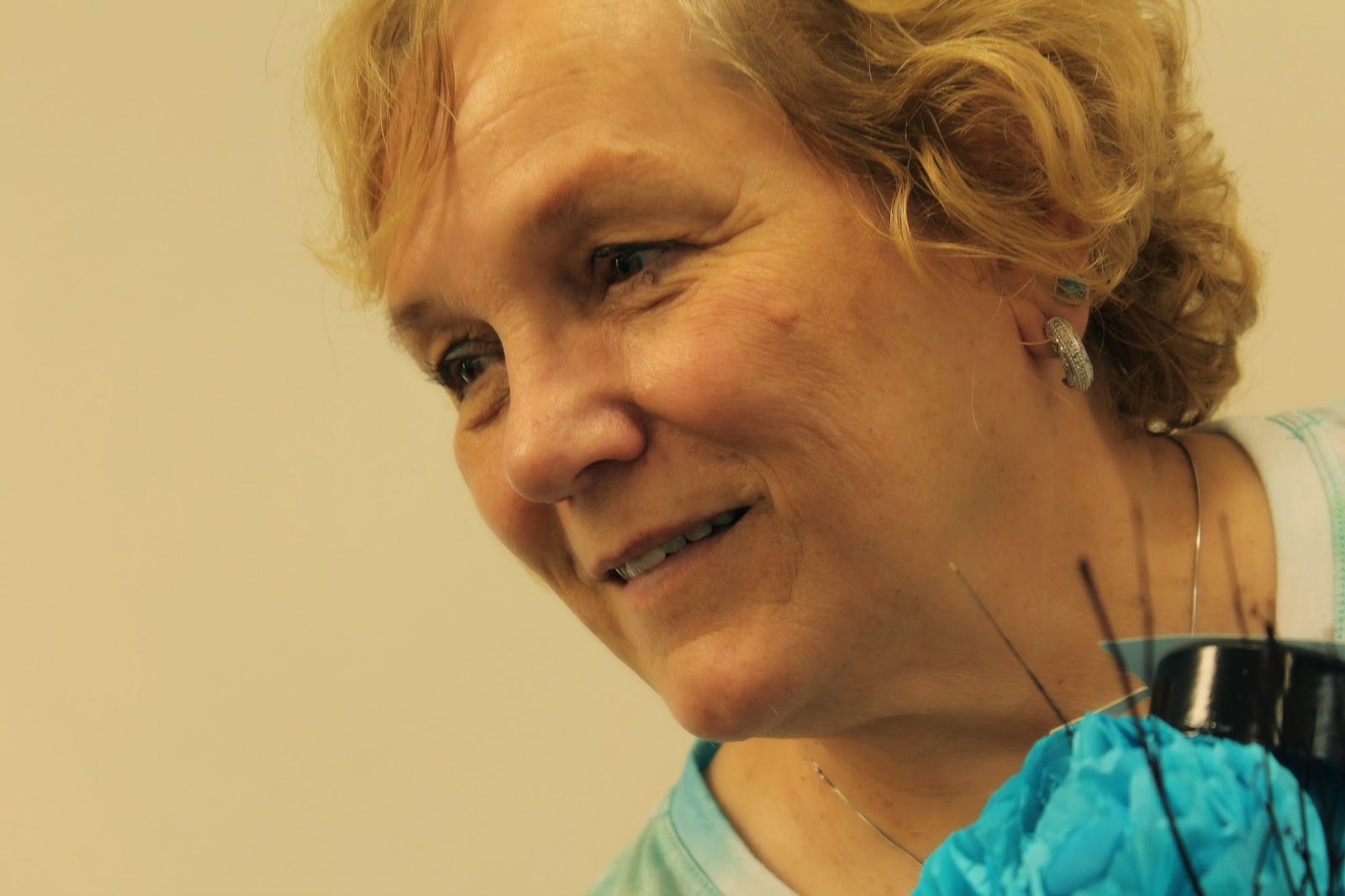 Partials is the name of a file on my computer. In it are the starts of dozens of ideas for my next novel. I had to create this file to keep my sanity.
One of my idiosyncrasies is having ideas pop into my head while I’m working on a totally different story. I used to think I could remember them until I had time, but I forgot exactly what it was that  excited me.
So I would pause to write the idea. Sometimes a sentence but many times it turned into a chapter, maybe two. I had to put them aside to finish my project because I could wander from one to another endlessly.
I’m a panster and have tried many different ways to increase my speed, output and learned to trust my own method. Taking that intriguing idea and putting it away is hard for me. I want to write more when my attention is hot.
In fact last night I wrote a paragraph about waking in the dark, not knowing where she is. The start to a romantic suspense, I know. I put the memo into the file and made the mistake of reading a couple others. Why didn’t I decide to go with this one? Or that? An erotica? a romantic suspense? A murder mystery? A historical romance? I love historical romance.
But I’m working on a paranormal romance for The Wild Rose Press Series called Rhodes End. I need to keep focused. I am into the story. I think that is one of the reasons my creative juices are bubbling over.
How do you handle this? Or don’t you have the interruption? 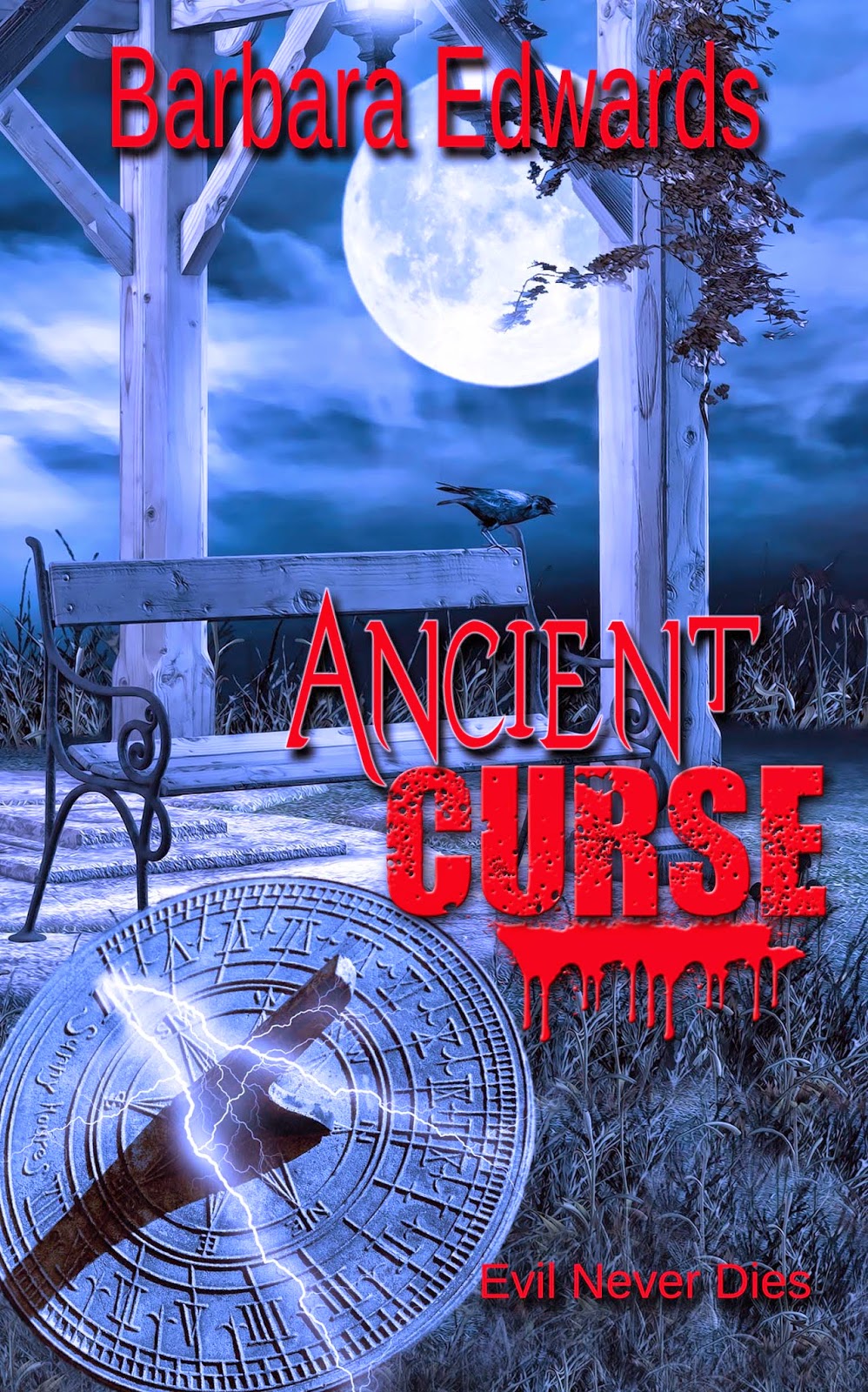 Ancient Curse, Book Three Rhodes End Series:
Evil never dies.  And this time it wanted Rainie.  It wanted more than her life, it wanted her soul.
The artifacts Rainie Gamble handled came from every era and she could read their past with a touch. After her Father’s deceit, she’d lost her beloved career until Thomas hired her.
Thomas Broquette needed Rainie for more than her psychic ability. She would unknowingly bring her father into his reach. Thomas needed him to return the stolen paintings in Mason’s estate. He needed Rainie to destroy the evil items Mason left behind. Then he realized he needed her for much, much more.

Changing took a few minutes. She pressed her hand to her throbbing forehead and  studied her reflection in the mirror. Pain lined her forehead. She wondered why Thomas’ touch eased it. Her tangled hair had escaped her twist and needed combing. Humming, she took the time to neaten it.
Silence enveloped the second floor. With the power off, the soft music she played in her bedroom had been silenced. She half expected her footsteps to echo when she exited the room and walked down the hall.
Thomas had probably finished mopping up, and she needed to lock her computer and file her notes  before the back-up battery failed.
Her pulse beat faster. She looked forward to spending some time with him. Hopefully, he was still in the library. She shook her head. She paused as the hair on her nape stirred like she was being watched.
A cool draft washed over her nape and she glanced back along the hall. All the doors had been closed. They still were. She frowned, and then shook the feeling off.  No-one watched although her skin itched.
Pausing to enjoy the light emotions held by the smooth banister, she stroked the wood.
A violent shove between her shoulders tumbled her down the stairs like a thrown doll.

Ancient Curse: http://www.wildrosepublishing.com/maincatalog_v151/index.php?main_page=product_info&products_id=5911#.VF0EYvITPLg.gmail
Posted by Barbara Edwards at 1:00 AM

I'm working on a 4 book series, Barb. Currently on book 2. I try to stay focused on those four books. So when an idea pops, I ask myself if it'll fit into one of them. If yes, I make a note. If not, I ignore it. Heaven knows I'll have plenty more ideas to consider once I finish this project. The ideas are easy. The actual writing is what takes dedication!

Do I ever have the interruptions! Like you, Barb, I have a file with ideas jotted down. Again, like you, I'd forget if I didn't.

I'm a hybrid. I don't have a file per we, but I do tend to take notes when a new idea emerges. Like Jannine, I try to fit it into what I'm working on at the moment. Oh the books I'd write if life would quit getting in the way!

I have an idea file, too, Barbara! I also have a notebook. My problem is that once they're down on paper, even in that abbreviated form, they disappear from my head and I forget about them! I really need to look through those files when I'm stuck on a plot!

Oh yes! I have many, many of those types of files myself. Some have become full stories, some, I'm still picking at. How do I handle it? I save them for later, and go back to them when I can as the idea gels. I'm finishing up one right now that falls into that category and lo, it's almost a full novel! :) Don't underestimate that partial file. You never know what it'll yield!