This couple needs a sequel! By Leah St. James

Today I’m telling the story of a workaholic, money-conscious husband and a lonely, empty-nester wife. After more than a couple decades of marriage, he’s not paying enough attention, to anything, at home. She’s just looking for love, of any kind, in all the wrong places.

Sounds like any number of books of commercial or literary fiction, doesn’t it?  In fact, it could read like a Shakespearean tragedy: a couple of noble but flawed protagonists placed under terrible stress who make a decision that brings them to their knees.

The description, from Wikipedia, couldn’t be any more perfect for my couple. Except that they’re not fictional. They’re real.

I’m talking about Bob and Maureen McDonnell, former governor and first lady of Virginia.
For those of you unfamiliar with the story, back in 2009, Bob McDonnell was elected Governor of Virginia by a 17-point margin over Democratic nominee Creigh Deeds. As governor, McDonnell was known as a lion for fiscal conservancy and restraint, a reputation that put him on the fast track to the heights of the Republican party, even being rumored as one of Mitt Romney’s potential running mates in 2012. While he wasn’t selected, his name at the time, and for a short while afterward appeared, on many lists of the party’s potential future presidential nominees.

From the outside, those must have been heady days in McDonnell’s world. But trouble was brewing behind the scenes early on.

His wife, Maureen, was lonely. While husband Bob was climbing the ladder of Virginia politics, Maureen shied from the limelight, according to published reports. But she was interested—really, really interested—in food supplements. (Hey, we all have our passions, right?)

And she was lonely. The youngest of her children had flown the coop, and she was left with time on her hands.

Enter businessman Jonnie Williams, CEO of Star Scientific, a Virginia supplement maker that was researching uses for anatabine, a substance found in the tobacco plant. Star Scientific wasn’t doing too well, and Williams was looking for backing for its two anatabine-based products. When he met Maureen McDonnell – First Lady of Virginia and lover of supplements – his pupils must have lit up with dollar signs. 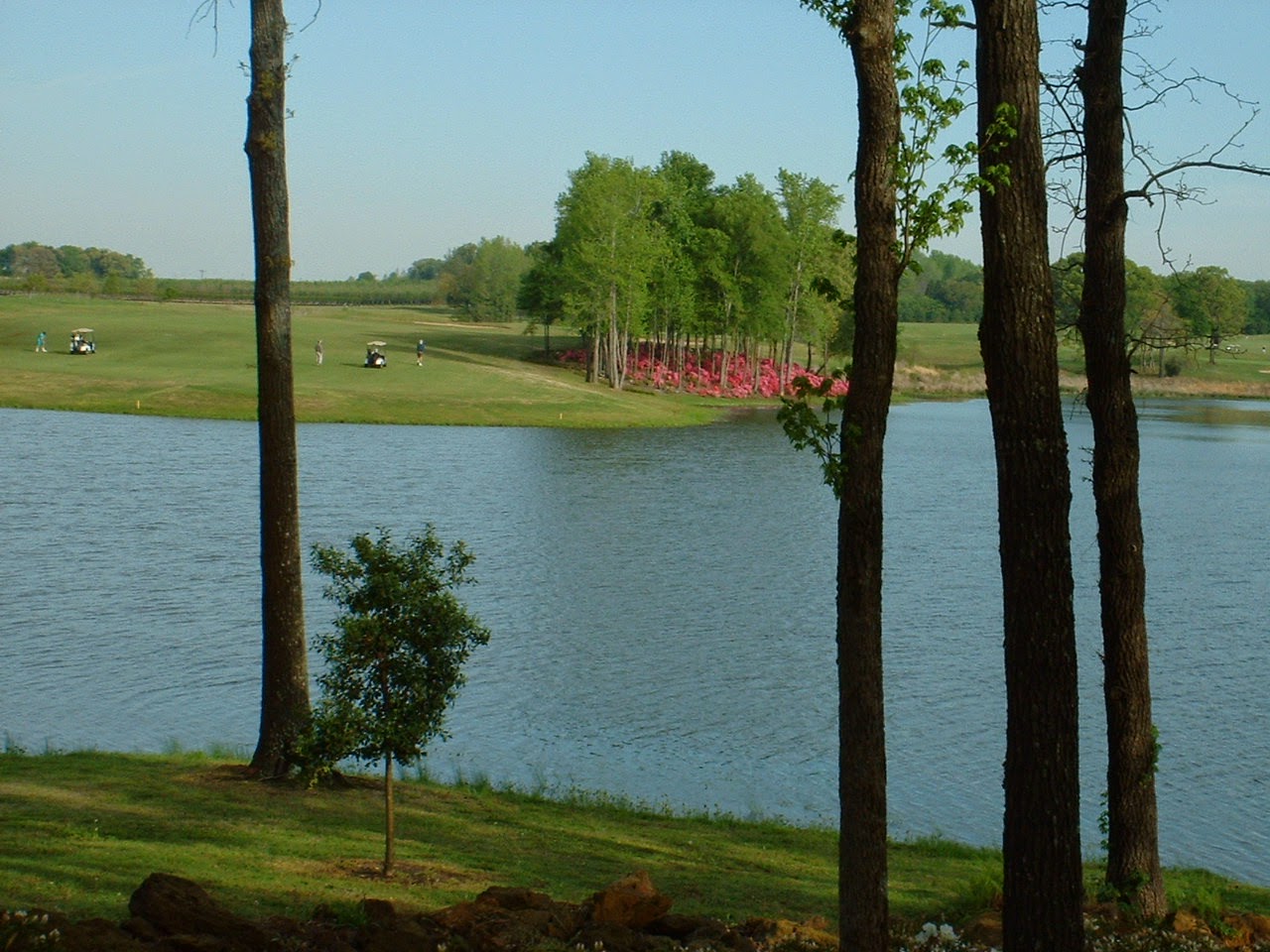 Whether you believe he wooed her and drew her in, or she became needy and greedy—or both—by the time he was done, Williams spent something like $175,000 on the McDonnells. When she complained, bitterly, that she was too broke to buy a new gown for her husband’s inauguration—because the governor-elect was too tight-fisted and they’d maxed out their credit cards—Williams stepped in and gave her money.

He gave the family gifts, too—like a Rolex watch, vacations and golf outings, use of his private aircraft and Ferrari.  He gave a huge chunk of cash for a McDonnell daughter’s wedding reception. He took Maureen McDonnell on a shopping trip for designer clothes in Manhattan and made substantial loans to the family’s floundering real estate company.

In turn, Mrs. McDonnell spoke at a Star Scientific investor event in Florida, with her husband’s blessing, and announced that she had offered the governor’s mansion for use of a launch party for Anatabloc, one of Star’s products. The governor’s office also facilitated meetings between Star Scientific and the Virginia Tobacco Commission for purposes of funding more research. According to the indictment, it was even suggested (by Williams, I believe) to use Virginia’s public employees  as a control group for Anatabloc. (What?!)

Somehow neither McDonnell thought it inappropriate to put the muscle of the office behind Star Scientific’s product while/after receiving all those gifts and loans. His campaign slogan was the “Bob for Jobs” after all, and he wanted to bring industry to the state. The governor was even quoted as saying (paraphrasing): The stuff works for me! (From what I read, for each of these gifts, the governor either thought it fell outside financial disclosure requirements...or he forgot.)

Before too long, rumors started to leak, a federal investigation was launched, and Williams flipped on both McDonnells, signing a plea deal that allowed him to walk free. In January 2014 both Bob and Maureen McDonnell were indicated on multiple counts of fraud.

And what was their defense?  That it was the first lady who laid the foundation for the corruption that followed, not because she was a bad person (although painted pretty much a shrew), but because, lonely and neglected while her husband took the spotlight, she had developed a crush on Johnnie Williams.

Williams lavished her with gifts. He listened to her problems....and he fixed them. Williams was her new knight in shining armor.

The case went to trial quickly, and in late September, the McDonnells were convicted on multiple counts. Recent sentencing hearings resulted in two years in prison for the former governor, one year and a day for his wife.

It just makes me sad. As headline-making as their problems are, at their most basic level, they sound typical of so many marriages, don’t they? Not enough money to cover the lifestyle the couple wants. Not enough attention to/from one or the other. Just not enough, period.

The romance author in me can’t help but wonder what would have happened if they hadn’t lost sight of their love somewhere along the climb to political power.

What if the governor had listened to his wife – shrewishness aside? What if they had tried to work on their financial issues instead of taking the easy (and slimy) way of a handout from a guy looking for a payback?

So if the McDonnells’ course of love wasn’t one heck of a bumpy ride, I don’t know whose is.

Maybe they can write a come-back sequel after they serve their time, one that has them holding hands at a beachside resort (that THEY paid cash for), enjoying grandchildren, conducting classes for upcoming politicians. The course would be entitled "What NOT to do While Serving in Public Office 101."

That's the sequel I'd write. What about you?

Leah St. James writes stories of mystery and romance, good and evil and the redeeming power of love. Read more at LeahStJames.com

Wow, I hadn't heard about this. What a story. Yes, it is sad that something like that developed out of loneliness. Although, in my opinion, she should have been independent enough to carve out a life of her own and not be so needy. (But that's from a divorced woman of nearly twenty years who didn't depend on her husband when she was married, so maybe I'm a little unsympathetic :)) Yes, I like your idea for a sequel. Thanks for the great post!

I had heard about this, but not the details. Sad, but it does read like a good book. Here's hoping they do get their sequel. Maybe, for them, a HEA at last.

Idiots--all of them. Oh, greedy idiots. Zero sympathy. But then my sympathy level for Lady Macbeth and hubby was pretty low, too. Still, it made for an entertaining post. I just read and shook my head and wondered that people "too stupid to live" can get to such positions of power. But, then, maybe it's the power that does it to them in the first place. If they didn't feel so entitled, maybe they'd exercise a little common sense! Hey, indignation jump-started me even better than coffee this morning. Thanks, Leah!

You're so right, Alicia! Depending on a man, whether her husband or "friend," does not garner a whole lot of sympathy!

I've followed this story fairly closely. Perhaps it's the writer in me, or maybe I just couldn't believe what I read. I'm not sure there could ever be "enough" for these two. That woman has holes (in her head? or heart?) that no amount of stuff can fill.

I don't think they'll ever have an HEA, Margo.

Idiots is a good term, Jannine. I kept wondering how a governor who was so focused on fiscal restraint could have maxed-out credit cards? I don't have a lot of sympathy for a guy who pours all his attention to his job while his house is floundering.

It sounds like she's truly remorseful, Alison. But yeah, the way she was portrayed during the trial -- screaming demands, etc. -- isn't a pretty picture.

What a story, Leah. Can't say I'm surprised. (I'm such a cynic about politicians.) For some people, nothing is ever enough. Power, greed. Their sentences don't seem to be enough for the crimes.

Me too, Diane. I've become a cynic over the years, to the point I almost expect corruption. How bad is that? Maybe you can't arrive at that level in politics without becoming a crook in one way or another.

Power corrupts...which tells us something about human frailty. And to gain more votes or power, people teeter at the jaws of hell. I'm beginning to think that human brains have not evolved enough to manage a complex, technologically advanced world. So many lose their ways/ethics...along with their souls.

It is depressing, isn't it, Rolynn?