The Wrong Man The Right Woman 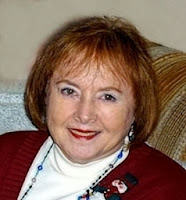 Today’s guest is Charlene Raddon, and she’s sharing her book, Taming Jena, with us.

Hi Roses and readers.  So glad to be here and share a peek into my book. I will give a free e-book from my backlist and a $5 gift card to a randomly chosen commenter.

THE WRONG MAN
Deserted by her father at the tender age of seven, Jenna Leigh-Whittington had taught herself to ride, shoot, brawl…and steer clear of the opposite sex. But now, in a lonely Utah canyon, the Pinkerton agent has drawn her gun on a rugged stranger—only to discover that, far from the dangerous outlaw she’d been tracking, he is Branch McCauley, hired gun…and the most irresistible rascal ever to tempt and torment a woman!

THE RIGHT WOMAN
If there’s one thing McCauley trusts less than a female, it’s a female who packs a six-gun. But what a woman! Vowing to bring the sensuous hellcat to heel, McCauley has no inkling that their passionate battle of wills has just begun. Taming Jenna will be the most seductive—and satisfying—job he’s ever taken on.

TAMING JENNA EXCERPT
Jenna scowled as she studied the man by the flickering glare of his campfire. He had the right build and appeared close to thirty, Mendoza's age. But something didn't fit.
The Denver police chief had described her quarry as a spoiled aristocrat, too busy wooing Lady Luck and every other female to be much of a train robber, let alone a killer. But the rogue in front of Jenna looked too lean and hard to be spoiled, too wary and aloof to be a ladies' man.
To Jenna he seemed the perfect gunslinger: cold, tough, and ready to spring. Like a big yellow cougar perched on a ledge. Or a rattler, tightly coiled. Either way, his bite would be deadly. 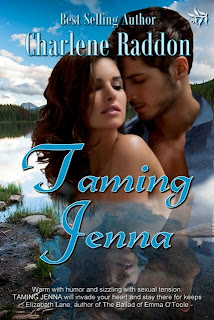 In spite of the cool night breeze, sweat oozed from her pores. She couldn't forget that lightning draw. Why had she come here? How had she expected to take an outlaw Pinkerton's other agents had failed to bring in? No, she refused to think that way. She was every bit as capable as any man to capture Mendoza. She had to believe that, the same way she had to do what she'd set out to do. Only one question remained: Was this Mendoza or not?
"Who are you, mister?"
"Who am I? Hell, who are you? "
Blast! Did no male exist in this empty wilderness who wasn't so taken with himself that he couldn't cooperate for a change?
She took a calming breath. A body could catch more flies with honey than vinegar, old Charley Long Bow used to say. Jenna figured flies might fancy the hairy creature facing her, so she decided to try being friendly. "Listen, I smelled your coffee and hoped you might spare a cup, is all. You can understand me being a mite leery of walking into a stranger's camp without knowing who I'm hooking up with."
Firelight glinted on the man's straight white teeth as his whiskers parted in a cold smile. "Don't recall inviting company, but I'll play your game. Name's Branch McCauley. Now it's your turn."
His smile unnerved her. It held no humor, only a lethal sort of grimness that cannoned her stomach into her throat and made her wish she'd wired William Pinkerton for instructions instead of going off half-cocked this way. "I'm Jim...Jim White," she lied.
"All right, Jim, how about some honesty? You come here looking for me?"
"I'm not looking for anyone named Branch McCauley. If that's who you are, you've nothing to worry about."
The wide, innocent eyes McCauley studied held honesty. He relaxed. "In that case...be glad to pour you some coffee." He reached for the battered graniteware pot. His visitor's next words froze him in a half-stoop: "I'd feel more welcome if you'd set aside your gun first."
Cool as Montana sleet, McCauley straightened, hand poised above his holster. "Reckon you would. Wouldn't do much for my sense of well-being, though."
So much for trying to be friendly, Jenna thought. What now? She clenched her knees together to still their shaking and swallowed the fear knotted in her throat.
"Look." McCauley shifted his weight to one leg. "Why don't you put your gun away and have a sit? Could be I might know something about the hombre you're hunting.
Hombre. Sounded Spanish. Like Mendoza. It must be him. She had to get his gun away from him. Surprise seemed the best means. She squeezed the trigger of the .44 Starr. The bullet kicked dirt onto the man's scuffed boots. He jumped and let out a yelp as though she'd set his feet afire.
"Dammit, kid, going up against me won't get you anything but a six-foot hole in the ground."
"Shut up and toss over your gun or I'll turn them boots into sieves. 'Course, my sights might be a bit off." She raised the muzzle toward his groin.
"You made your point," he growled as he unbuckled his gun belt and tossed it over.
Instead of the fancy weapon she had expected a gunslinger to own, an ordinary, six-gun lay at her feet. No ivory handle or engraved barrel. Only an ordinary .44 Peacemaker, crafted and worn for one reason—to kill. The thought did funny things to her innards.
"All right," she said, getting back to business. "You aren't going to like this, mister, but I don't know any other way to be sure who you are. Drop them trousers to your ankles."
"Do what?"
Buy Link: http://www.amazon.com/Taming-Jenna-Charlene-Raddon-ebook/dp/B00GNR87BS/ref=sr_1_1?ie=UTF8&qid=1385478685&sr=8-1&keywords=taming+jenna

About Charlene:
Charlene Raddon began her fiction career in the third grade when she announced in Show & Tell that a baby sister she never had was killed by a black widow spider. She often penned stories featuring mistreated young girls whose mother accused of crimes her sister had actually committed. Those were mostly therapeutic exercises. Her first serious attempt at writing fiction came in 1980 when she woke from a vivid dream that compelled her to drag out a typewriter and begin writing. She’s been at it ever since. An early love for romance novels and the Wild West led her to choose the historical romance genre but she also writes contemporary romance. At present, she has five books published in paperback by Kensington Books (one under the pseudonym Rachel Summers), and five e-Books published by Tirgearr Publishing.
Charlene’s awards include: RWA Golden Heart Finalist, Romantic Times Reviewer’s Choice Award Nomination, Affair de Coeur Magazine Reader/Writer Poll for Best Historical of the Year. Her books have won or place in several contests.
Currently, Charlene is working on her next release.
htp://www.charleneraddon.com/
http://www.charleneraddon.blogspot.com/
https://www.facebook.com/CharleneRaddon
http://www.twitter.com/CRaddon
Posted by Brenda Whiteside at 6:00 AM

I want to thank you for hosting me today.

Very nice, Charlene. Your book sounds intriguing. Thank you so much for sharing with us on Thanksgiving...have a wonderful day!

Charlene. Welcome and thank you for being here today. What a great excerpt, I'm hooked. Happy Thanksgiving, everyone!

Happy Thanksgiving Charlene! I know this will be a great read!

Great excerpt, Charlene! Hope you're having a happy Thanksgiving!

looking forward to reading your book.

Thank you ladies, for visiting the blog and for your comments.