Squanto did what by Barbara Edwards 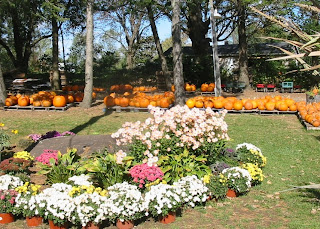 Sturbridge Village in Massachussetts is a great place to visit anytime of the year, but the Fall brings out memories of Thanksgiving past.
I’ve been there many times. Re-enactors often dress as Pilgrims and the displays are varied and interesting.
A few years ago I happened to be strolling through the museum when a display of old letters caught my eye. I love researching and checked them. Turns out they were written in the late 1600s and early 1700s by the children and grandchildren of the original Plymouth settlers. Now is where my story takes an interesting twist.
You need to know a little history to understand what happened.
The first settlers at Plymouth were ill-equipped for the hardships they faced. That winter was harsh, even by New England standards and disease quickly claimed a number of hunger weakened Pilgrims.
We’ve all been told the story of Squanto and how he helped the Pilgrims by showing them how to plant corn seeds with a dead fish to act as fertilizer. It seems Squanto had an incentive to help the struggling colony. He wanted to marry one of the widows. His tribe had a tradition that might have stopped a less determined man. A male must show he can provide for the family of his potential wife. And he thought all the colonists were related because of their referring to each other as ‘brother’ and ‘sister’.
Like many determined males, he found a way. He showed them how to plant enough to eat. His tribe gave their blessing and the widow married him.
How can this be verified several hundred years later—
Those letters I told you about went into detail on the question of what to call the children of these couples. There was more than one widow who chose to survive with a strong, intelligent man.
The correspondents finally decided the parents had made the decision. Some of the women had moved to live with the tribe and their children were Indians. Those who lived in the colony were white.
The facts are buried in the past, but I loved the idea of love finding a way.
Check out my holiday romance Journey of the Magi for another couple who finds a way to love.

http://amzn.com/B00ES5DZEQ
Journey of the Magi blurb: 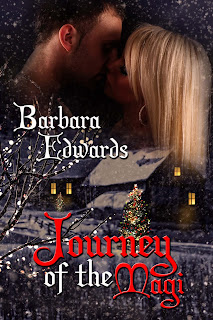 Widow Noel Martin never breaks promises, and she promised her kids they’d have Christmas at her childhood home in Connecticut. But driving across country takes money. Noel is broke when a snowstorm blows them into a tiny Minnesota café owned by a man who can change her mind. She accepts his offer of a job. Despite her attraction to him, she makes it clear she is only temporary help.
Dan Longstreet isn’t adopting any more strays, but he needs a waitress. Dan works so hard to make his café a success, he doesn't have time for love. Though Noel’s slender blonde beauty stuns him and her two adorable children tug at his heart, he denies how they threaten to change his life.
When tragedy strikes, their new-found love is the first victim. Noel can't stay and Dan can't leave. Will their journey be the gift that reunites them?
Please follow, friend or like me. I love to hear from my readers.
Blog http://barbaraedwardscomments.wordpress.com/
Website http://barbaraedwards.net
Facebook  https://www.facebook.com/BarbaraEdwards.Author
Twitter  https://www.twitter.com/Barb_ed
Amazon Author’s Page http://www.amazon.com/-/e/B003F6ZK1A
GoodReads http://www.goodreads.com/author/show/496095.Barbara_Edwards
Shelfari http://www.shelfari.com/authorbarbara_edwards
LinkedIn http://www.linkedin.com/profile/view?id=160401513&trk=hb_tab_pro_top

Barbara, Talk about love conquers all. So many story ideas from the past. Great concept. Your book is on my TBR pile. Best of luck.

Good for Squanto. Even if he had an ulterior motive, he was a hero! Best of luck with your new release, Barbara!

Very interesting, I did not know that little tidbit about Squanto. So, did he get the girl?