To fly or not to fly ~ by Leah St. James

I have a confession.  I haven’t flown (on an airplane) in something like 40 years.  (Yes, I’m that old...but that’s another post.)  The reason is simple:  I suffer terribly from motion sickness. I have vivid memories of being stripped down to my petticoat and walking through an airport terminal when I was around four years old. (Please don’t judge my mom. The petticoats of those days were sturdy things and covered more than some street clothes of today! :-)

When I was 18, I flew from New Jersey to Florida for a vacation with my friend and her little brother.  As the plane lifted off, I looked out at the horizon that was now at a 45-degree angle, and...well, let’s just say it was not a pleasant ride...for any of us. 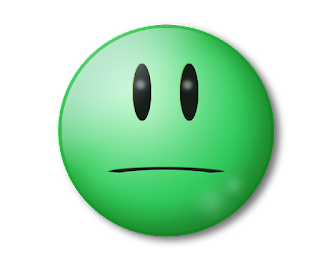 In 1996, I went on a dream cruise with my sister to Bermuda. As soon as we cleared New York Harbor, my world tilted and I couldn’t stand upright. I spent the next three days lying on my side in bed while my sister boogied in from the lido deck to bring me one goodie or another...which I ate while lying on my side. As I envisioned myself choking to death trying to swallow in that position, I took solace that at least I’d die happy (eating).

Did I mention yet that I get dizzy watching IMAX? (Not great when you're chaperoning a class of rambunctious fifth-graders.)

About a dozen years ago I finally discovered the cause.  Seems I have something called benign paroxysmal positional vertigo—which explained why my whole life I kept walking into walls without a drop of any mind-altering substances. Who knew?

Avoiding plane travel has been easy since hubby, who doesn’t trust the aerodynamics that make machines fly, prefers to drive as well.  But my run of plane-free travel has come screeching to a halt.

My best friend’s daughter is getting married. And instead of celebrating their nuptials in the D.C. area where they live and where it would be a relatively quick (albeit probably miserable) drive for me up I95, she and her hubby-to-be have decided to marry in a “celebration barn” in the middle of Iowa!

Faced with the thought of a two-day drive by myself (hubby can’t go with me), plus spending tons of money on gas and an overnight stay in a hotel (not to mention precious vacation time spent in the car!), I did the unthinkable.

I booked a flight.

Then I visited my doctor’s office and got prescriptions for some mind-altering pharmaceuticals that will (hopefully) tell my brain that it’s sitting on my living room couch, not being propelled in a giant tin can several tens of thousands of feet in the air, held there by some magic of physics.

As news of my upcoming flight spread to my family, who know of my aversion to air travel, I was flooded with advice.

My sister, who travels frequently by air, is now fretting that I picked “the worst” airport to make a connecting flight (Atlanta). “Oh dear,” she said during a recent phone call, “It can be really confusing.” She mentioned something about trams and gates, departing and arriving...I don’t remember. She offered to schedule a phone call with her husband (a project manager who makes a living planning for worst-case scenarios) to help me map out my route from the arrival gate to the departure gate. Included would be step-by-step instructions on what to expect  at the outbound security checkpoint, what kind of luggage to bring, what kind of toiletries to pack, why I shouldn’t bother to lock my luggage...and I forget what else.

So now I’m not only freaking out about the plane ride itself (and what condition I’ll be in when I, God willing, reach my final destination), but getting myself from one plane to the next.  So I talked to a friend at work, a former flight attendant from Germany, who said, “You’ll be fine. Print yourself an airport map and follow it. It’s easy.”

That didn’t help. In addition to suffering from motion sickness/vertigo, I am directionally challenged. (I once got lost walking in my in-laws’ neighborhood where I’d walked many, many times because I started off in the opposite direction. God’s truth.) I can’t tell north from south from east from west unless I’m looking at the sun (but not at noon!), or standing at the shore of the Atlantic, with the water to my right...which means I’m facing north...right?

My sister was right. I do need a training session!

My trepidation worsened after I downloaded a terminal map from the airport’s website. The place is HUGE! Immediately my head was filled with an image of myself wandering aimlessly from gate to gate, blathering nonsense due to my now-prescription-drug-induced haze.

In desperation, looking for comfort, I turned to Son No. 1 (in birth order, not preference, of course).  He travels quite frequently, too. Here’s what he had to say:

“The worst part of an airport is that everyone is in a bad mood and rushing around.  They've gotten good with big maps and directions, and if in doubt, find someone to ask - even it's the closest bartender.”

Big sigh of relief. I’m a master at asking strangers for help, including bartenders. I can do this.

Leah writes stories of mysteries and romance, good and evil, and the power of love. Learn more at leahstjames.com, or stop by and say hi on Facebook or Twitter.

Your "affliction" sounds horrible, Leah! But I wouldn't worry about the airports. You're a smart woman and will figure that part out just fine.

I am so sorry you suffer from such an awful condition. My sister has the same symptoms, although I don't think she's ever been diagnosed. She can't even stand to watch anything that spins around. As Jannine said, you'll be fine in the airport. Hopefully, the drugs won't mess you up too much. I've been through the Atlanta airport several times and yes, it's huge and busy, but there are signs leading you all the way. You might let the flight attendants know of your condition and medication and they might provide a little extra assistance, you know, like they do for children. :)

Print your departing info...Gate number, flight number, and destination...on an index card. Should your meds make you fuzzy headed, just pull it out to show whomever you ask so they are clear on what you need to know. You'll be fine. This will be great fodder for a story.

Thanks, Jannine, for your vote of confidence. It makes me feel better! :-)

Alicia, I feel your sister's pain! I have to shut my eyes when anything with an aerial view comes on TV...like hot air balloons. Has she traveled by air at all? I will definitely let the flight attendant know of my affliction! I called the airline and got seats as close to the middle as possible, which is supposed to help. And hey, I won't hesitate to let the flight attendants know if I need to be treated like a kid! :-)

Great advice, Vonnie! Thank you. And yes, I plan to use it all in a story some day.

What an interesting malady you have, Leah. I am in awe of the different ways our brains are wired...the people who can't differentiate faces, those who have multiple stories going around in their minds, and your vertigo. Just wait till you hear what happened to my brain the last time I had anesthesia (on June 1, I'll tell you about it). Anyway, I still try to think of air travel as a luxury, so I dress up a bit, always get there early so I have more than enough time to find my way, and treat myself to something special to eat/drink. I save air miles so I can go first class, too...which has changed everything for me. I'm sure to have an escape book to read; I make sure where I'm going is somewhere special and I buy new clothes to celebrate the trip. Here's the thing about airports...they are a people-watching mecca...the stories you'll make up by watching people...amazing. You'll do fine, Leah. Do report back, won't you...about the wedding, especially!

Thanks, Rolynn! I'm hoping all will go well and will open up a whole new world for me, that some day I could even think about collecting frequent flyer miles! I love your idea of treating it as a luxury. I'll definitely report back! :-) Can't wait to read about your adventures with anesthesia!

I'm so sympathetic, Leah. I've had motion sickness all my life, but not to the same degree. Boats are the worst for me, although I can't read on trains or in the car without getting sick. Air travel can also be a huge PITA in many other ways these days, too. However, I've been through Atlanta without incident, and I have confidence you'll navigate it just fine. I'll keep my fingers crossed and await your report.

Fortunately, I don't get as motion sick as I did during my younger days. For a less drugged feeling while traveling try sucking on ginger candy or peppermints. My family has used them with some success. On a longer flight you have to take the drugs and travel with a companion to lead you around like a seeing eye dog.

Oh, Leah, I know how it is to be directionally challenged. Not fun. I used to fly a lot in my younger ayes, business suit and all. Now, I put on comfy clothes and go from there. What an adventure you'll have to write about! Do the peopl watching thing for fun. Good luck.

Leah, I can empathize with you about flying and motion-sickness. Until last April, I hadn't flown in 8 yrs. Not as long as you. Hubs likes to drive. But we finally faced the fact that driving from Mich. to Arizona is getting to be too much for us. We've flown 2x now and it wasn't as bad as I anticipated. My motion sickness was caused by my astigmatism. When I had cataract surgery, the doc corrected the astigmatism (as much as they could) and motion doesn't seem to bother me. For the cruise, I did get an Rx for the patch, which didn't stick. Good thing we had calm seas. I hope all goes well for you. Oh, yeah, I'm directionally challenged, too--esp. at malls. Not on the road where I have good maps and Siri to help, but I walk out of a hotel room and always turn the wrong way.

Yes, she has flown a few--very few times, and she pretty much spent the entire flights in the bathroom and her trips were nearly ruined because it took a few days to fully recover.

Thank you for the vote of confidence, Alison! Every little bit helps me to stop being such a weenie about it! :-)

RE, I'll be picking up a few last-minute items for the trip, and I'll be sure to add ginger and peppermint candies! Good tip. I had heard about ginger but wondered what form you take to ingest it...candies are right up my alley! :-)

Definitely planning on people-watching to pass the time, Margo. And if that doesn't work, I'll pull out the Sudoku and crossword puzzles from my newspaper!

Diane I have astigmatism, too. I wonder if that contributes to my symptoms. Ugh...unfortunately it's too late to ask for cataract surgery! Maybe I should just plan to keep my eyes closed??? :-)

Oh, Alicia--that's really, really awful. Your poor sister. My dizziness/queasiness lasts for a bit afterward, but not days. It's amazing she ever gets on a plane.