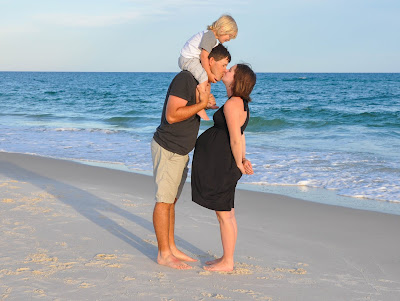 This week, my daughter turned one. Initially, she was supposed to be born at the end of April. April 29, to be exact. I remember this because it’s the same date I was due to be born thirty years ago. I made my mother wait two more weeks to be born two days before her own birthday in May. (The hub is also a May baby.) Last year as we closed in on this due date, I had a feeling our wee one was going to choose to follow family footsteps.


It was a close call. The Braxton-Hicks contractions started mid-April and seemed to gather in strength as the countdown to May progressed. Like most pregnant women in their third trimester, I was all too eager to meet my baby girl sooner rather than later. The weekend before April 29, my doctor informed me he would be out of state for a wedding and that I shouldn't have my baby until Sunday evening at the very earliest. When Monday rolled around, the hub announced that he and his fellow crew-mates would be setting trusses on a house and he needed me to hold the baby in until they were completed. Tuesday my mother, who works full-time and who I had tagged to assist in the delivery room, said was no good for her because it was her day to do pay-roll at work. When I expressed my frustrations to the hub over all this waiting, he said, “Saturday. Saturday would be best. Tell her to come Saturday.” As if it were a simple matter of conversation between myself and our fetus. “Don’t hold your breath,” I told him. 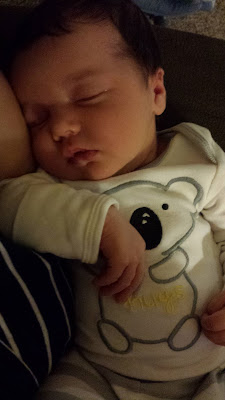 We tempted fate a bit. When April 29th did indeed lapse, we celebrated the first day of May by taking our son to the beach. The hub brought his surf-fishing gear and proceeded to catch several pompano for us to sup on later. However, as the sun shrank from the high point in the sky, our little guy began to wander away from the sand-castles and the seashells. In the impish way of toddler boys, he began to test the boundaries of our campsite, giggling as he watched my ungainly form waddle after him. The hub was busy reeling in his latest catch when the boy made a break for it. He headed due west down the endless white beach at a charging run. I sucked in a breath and ran after him.


There was no one on the beach that afternoon. Nothing and no one was there to intercept the little guy. I wound up running a half mile down the beach before he finally looked back at me, giggling like a field, and tripped over his own feet. I didn’t so much catch him as crumble next to him in relief, grabbing hold of his ankle so that he didn’t try to make another break for it. I held him there until the hub finally reached us. He slung the boy over his shoulders and dragged me out of the sand. In truth, he carried us both back to camp. On the way home an hour later, the Braxton-Hicks contractions reached fever pitch. That night, I was so uncomfortable, I didn’t sleep.
Believe it or not, we did make it to Saturday. We began to think we would make it to Sunday, too, when afternoon rolled around and still there was no sign. When my son, the rascal, nodded off for his afternoon siesta, I gratefully laid down on the couch and did the same.

I woke up feeling funny. Labor pains were a new thing for me since my son was induced and I was heavily medicated for most of his birth. I immediately asked the hub to use the app on his phone to time the contractions. We came to the conclusion that I was actually—finally—in labor.


My son was scheduled to go to his aunt and uncle’s house for the duration of our hospital stay. They live a town east of our house. We drove him over with his little bags, gave him plenty of hugs and kisses then departed quickly. I didn’t tell the hub how close the contractions had gotten because I didn’t want him to rush. He rushed anyway, pulling NASCAR-worthy maneuvers through heavy weekend beach traffic as we sped back east. It’s normally a forty-five minute drive from our house to the hospital. Thanks to the hub’s Richard-Petty-esque driving, we arrived in half an hour just before sundown and were admitted promptly.
Our daughter was born just before sunrise the following morning. She weighed eight pounds, eight ounces. Since then, we have watched her grow into the happiest, bounciest, spunkiest one-year-old we could possibly have imagined. We suspect she’ll be a real spitfire. With a mischievous older brother showing her the ropes, how could she be anything less? Here's to the miracle of daughters and the (busy) month of May! 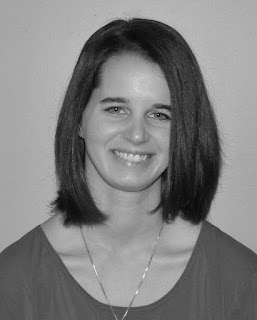 Amber Leigh Williams is a Harlequin Superromance author who lives on the Gulf Coast. A southern girl at heart, she lives for beach days, the smell of real books, and spending time with her husband and their two young children. When she’s not keeping up with rambunctious little ones (and two large dogs), she can usually be found reading a good book or cooking up something new in her kitchen. Amber is represented by the D4EO Literary Agency. Find out more about Amber and her writing at www.amberleighwilliams.com!
Posted by Amber Leigh Williams at 12:00 AM

Email ThisBlogThis!Share to TwitterShare to FacebookShare to Pinterest
Labels: Amber Leigh Williams, Braxton-hicks, due date, harlequin superromance, month of may, roses of prose authors of women's fiction and romance, The Roses of Prose Where Romance is Never Out of Season

I remember those pre-delivery days with uncomfortable fondness. With my last pregnancy, my Braxton Hicks started during Hurricane Agnes in June of '72. and didn't stop until Mike's arrival the last part of September. He took his own sweet time and still does. You have a lovely family. Enjoy the years with them. They go by so fast.

Great story, Amber. One we can all relate too. Most of my four came early. Lucky me. Patience is a virtue I never seemed to receive. Congratulations to you and yours.

Confirms my opinion that every birth is a natural phenomenon rather than a natural "occurrence." Thanks for sharing!

I'm still picturing you waddle running down the beach. LOL Enjoy them while they're little, before they turn into mouthy teens...

I'm reminded of Pearl Buck's book when she described a woman who squatted, had her kid and went back to the field to work afterwards. I figured it never was that simple...and you've proved that. (Since I don't have kids, I can't prove anything.) Thanks for giving us a fun story with an HEA ending...good to start the day!

Love this post, and the adorable pictures. :) What a story, LOL. I can't believe you and the baby girl actually waited until Saturday...what perfect timing, right? All three of my kids were late. The waiting is excruciating! Happy birthday to your daughter!

Thank goodness you were in such great shape, Amber, to take off down the beach after your little guy! Beach-running is no easy feat even for non-pregnant people! So glad your little girl was considerate enough to accommodate all the schedule requests. :-)

I remember that scene in Pearl Buck's book, too, Rolynn! It horrified me! (I think I was like 13 or 14 when I read it.) Later, when I did give birth, I wondered if that would have been easier!

Loved your story, Andrea. We had a blizzard a week before Daughter was due. Neighbors volunteered to shovel out the neighborhood to get Hubs to the main road if I went into labor. She was 2 days early, unlike her children were quite early (5 & 6 weeks).

Happy Birthday to you precious girl.

That was supposed to be "your" precious girl.