Who am I? by Barbara Edwards 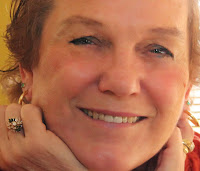 I’m Barbara Edwards and I write novels. Paranormal romance, historical romance and several sweet romance Christmas Stories. Everyone at one time or another thinks they can write a book. I know I did. I had a story I wanted to tell and joined a writer’s group near my home.
How hard could it be? I bet I could finish it in a month. Then a New York publisher would pay money to sell it for me.
Ten years later, after writing several manuscripts, and a lot of painful self-discovery, I got my chance. Harlequin Historicals asked for my book. I went through the whole process and they wanted me to change the villain. I refused and they didn’t publish it. Would I do it again after all I’ve learned since? No, but I would have sent them other books until they caved beneath my efforts.
Instead I went the ebook route. I was with one of the first publishers, Romance Foretold in 2001, and what a ride its been. They went under, but I didn’t. The next two publishers failed, too. Failure was more common than  success. Then I found WingsEpress. Nice people who are still in business and 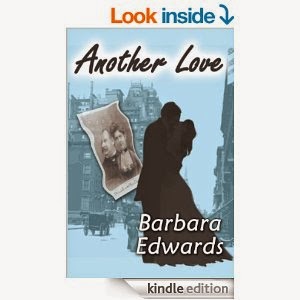 have Another Love and Annie’s Heart, my two historical romances.


I tried writing romance with humor and had them rejected. Funny is not easy. And after the third or fourth edit, it doesn’t even sound like English any more. So I moved on to Romantic Suspense with Rachel’s Rescue. You won’t find it for sale. I pulled it since the electronics were so dated even though it wasn’t ten years old.

Not wanting to put all my eggs in a fragile basket, I looked for another publisher for my paranormal romances. I found one and then hesitated signing the contract. The company was new, I didn’t know any of the main editors and I got worried. So I jumped ship and they went under within three months. Maybe I had learned to judge better.

This time I looked for a publisher who has great editors, listened to my ideas for the cover, and 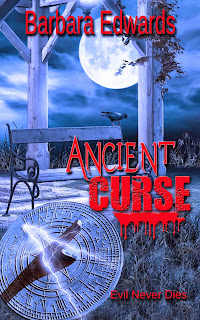 helped with the horrendous weight of publicity. I won’t call it luck. I submitted to The Wild Rose Press. I went through the regular editing process. I signed a contract. They’ve won the prestigious

“Predators and Editors” award for best publisher for four years in a row.
So here I am, working at being an author. My fourth and fifth books in my Rhodes End series are in the works. And Dixie's Gift, a Christmas love story, is waiting for it's cover.

Quite a journey, Barbara. I think most of us went through phases we regret--mine was with a scam agency who only wanted enough money to cover copying and postage (this was back when paper manuscripts were still sent out). In the year I twiddled my thumbs waiting for a contract, my book was never sent to anyone. Grrrr... I only had one bad small press experience. I guess I should consider myself lucky! Congrats on finding your niche in the publishing world!

Ah, the wisdom you've gained on your long and winding road! 1st Key: persistence. Good on you, girl! It took me 8 years to get my first book published, which, I understand, is typical. I grabbed a mentor, JL Wilson, and she's the one who led me to Wild Rose. In fact, the list of people who have helped/encouraged me along the way-countless! 2nd Key: Author friends. Mush on, Barbara!

Wisdom comes hard for all of us. I've been with TWRP for years. You have tried several avenues and surely richer for it. Great story, Barbara.

Hi Jannine,
I think my story will continue. I'm descended from gypsies and have itchy feet. I must keep moving onward.

Hi Brenda,
I feel blessed to have TWRP publishing my work. Great people.

In my twenties and thirties, I tried writing several books. By the end of chapter one, my thought was always 'man, this is a lot of work.' So I'd stop. I just wasn't ready. I was in my fifties when I wrote a complete book. What a mess it was, but I was so proud I'd finished something--finally. I'm glad you never gave up, but learned little snippets of writerly wisdom along the way. For some of us the journey to self-discovery can be a roller-coaster ride. Great post. And great seeing you at RWA!

My writing journey is even longer, Barb, if not quite as complicated as yours. I signed with an agent more than twenty years ago, only to be rejected by Zebra and Harlequin Historicals for having too much subplot. Fast forward to 2009. I had resurrected my second and third manuscripts, entered them in several contests, and won! I really loved those stories and wanted to see them in print, so I submitted to Wild Rose Press. They were lovely people! After three books there, I tried my hand at indie publishing. For now, that's the right place for me. It's surprising where the winding path takes us, isn't it?

Ah yes, The Wild Rose Press. My home away from home in the publishing sense. I've weathered a few agent/editor horror stories myself. It is a roller coaster ride to publication and beyond. But oh the friends we make along the way. Great post. Great journey.

I think we all nodded and thought "been there" when we read your post, Barbara. I sure did. While I have some regrets, I wouldn't be where I am without persistence and writer friends, as Rolynn said. The road to publishing is never easy. We take baby steps, learn more, then bigger steps and learn even more.

This got me thinking about all the choices today's authors have. We can try for the traditional agent-to-publisher route, go with a small press, or indie publish. Each has its pros and cons, and I believe there's a right fit for each of us. (If you' don't like haggling with software and other tech stuff, I'd say skip the indie route!)

On the flip side, all these choices have created an explosion in the numbers of published books, and that's one reason why it's so hard to get noticed today (and possibly partially why readers aren't willing to spend more than a couple bucks on a book). The irony! You can finally get your book out there, but you're swimming against a flood of who-knows-how-many books like yours.

And this is all AFTER you've reached a stage where your writing is good enough for publication.

Are we all just crazy, or do we love writing and sharing stories that much? I opt for the second. :-)