Starbucks and Release of FEAR LAND, A Great Pairing by Rolynn Anderson

Life began for me when Starbucks was born.  Oh, wait, that’s a little too dramatic…but I got your attention, didn’t I?  Hear me out-you might agree.

I got my first teaching job over the phone.  Yup.  The Seattle School District hired me as a green education graduate - St. Olaf College in Northfield, Minnesota-sight unseen, but after a successful practice teaching experience.

Seattle captured my heart: I taught high school and served as a high school principal there for the next thirty-three years.  But it’s that first job I want to tell you about as it connects to Starbucks.  I taught junior high English in the Central Area of Seattle, a rough neighborhood in those days.  My buddy was a history teacher, Zev Siegel.  My career path to teach high school separated me from him the following year…he went on to roast coffee beans with two of his friends, selling the first Starbucks to Howard Schultz in 1971.

Steve and I go to coffee almost every day at one of three Starbucks in our CA neighborhood, where we read the local paper and New York Times.  I know all the barista’s well enough to have made friends among them, including the general manager of six local Starbucks.

Now you understand why I’m having book signings at two Starbucks in August.  FEAR LAND releases TODAY, AUGUST 1!... and I can’t think of a better place to launch the book.  My friends tell me it isn’t easy to get permission for a book signing at Starbucks, but since I go way, way, back with Starbucks and those young baristas are now my friends, I think you can see why Starbucks and I are a fine pairing.  A good book and a delicious latte…what could be better?

This is FEAR LAND:
Tally hates to hear rants from people’s brains.  What does she do when those mind-screams threaten
the man she loves?
****
Tally Rosella, an acclaimed psychiatrist who helps children fraught with anxiety, avoids adults because their brains rant at her.  But the chance to start a second child study and connect her findings to PTSD, sets her squarely among devious colleagues at a big California university. 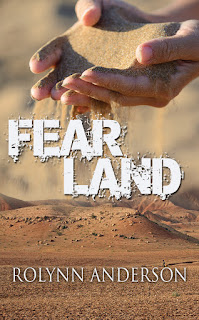 I love this story and have to admit to some jealousy. One thing living way in the country puts a stop to is daily coffeeshop visits, and I know beyond all doubt I'd love them! We don't have Starbucks nearby (gasp) but we do have a few local places with the same atmosphere.

Best wishes on your book release!

This makes me jealous, Rolynn. I can't imagine asking a Starbucks in NYC, no matter how friendly I was with the baristas, to host a book signing. Good luck with yours, and good luck with the new books.

I wonder what old Zev is doing now... LOL Have a great time at your signing. Wishing you many, many sales.

Love your personal story as well as your new release. Good luck Rolynn.

What a delightful story, Rolynn. Isn't it amazing the twists and turns of life? Congrats on your new release. I'm looking forward to reading it. Hope you have fun at the signings.

"Olaf" just made me think of the movie, Frozen. Best wishes with your new release!

Angela, St. Olaf is a Lutheran college...small. Lots of lefse served there :-)

Thanks, Diane. Your enthusiasm perks me up!

Liz and Andi, your envy makes me smile. I've dropped a ton of money at Starbucks, don't you know? A little table in the corner...what can it hurt that organization? (I'm trying to make them a little less sterile!)

Maria and Ashantay, many thanks for your congratulations!

Love your story, Rolynn. Can't imagine a more delightful connection than coffee and books. Best of luck with sales. :)

Thanks, Joanne. Lots of readers at Starbucks, that's for sure...we authors BELONG there! :-)

Fearland sounds terrific, Rolynn...and that's a great story about your connection to Starbucks. As a tea drinker (I've had coffee exactly twice in my life, both at football games at Thanksgiving when I was so cold I would have done anything for warmth), I don't go to Starbucks much. But it sounds like a perfect match for you. :-) Hope you have (had?) a fantastic time and lots of sales and new readers.

Thanks you, Leah. My Starbucks book signings occur on August 22 and 29...at two different stores. And some of my best friends are tea drinkers :-)

Carmel only has one Starbuck's, and that was a only after a big fight. We do, however, have several branches of a wonderful local coffee shop. I don't drink coffee, but they make a mean mocha chai tea. They're very laid back, with lots of people hanging out with their computers all day. I don't spend a lot of time there, but maybe I should start. It would be a great place for a book signing. Here's hoping yours are a huge success!

Alison, I say coffee shops are better than bookstores for signings. Lots more traffic...and a clientele ready to spend $4.50 for a giant coffee drink! That being said, I've only seen one book signing at Starbucks in all my years going there. Who knows if this will work? Crossing fingers.

I agree, Rolynn, about coffee shops being better than bookstores. I think there's too much competition in a book store (or at an author fair/book festival)--too many books to choose from.

Starbucks: What a great place for a book signing. I liked tale of your connection to the high voltage coffee. Your books sounds fantastic.

I noted on Starbucks's bulletin boards, poster indicate some cause benefits from the event. FEAR LAND fits their 'model;' a portion of every sale goes to neuroscience - the Brain Research Foundation: brf.org. I make that clear on my posters.

I never thought about how Starbucks started. What a neat story! My favorite writing haunt is a local small chain called Ziggi's. Many many words are written there every week. :)

Susabelle, so much happens around a cup of coffee. Mind boggling!