Fall into Winter -- just the theme makes me cringe and want to curl into a fetal-like ball. So why have I chosen it as my topic this month? Maybe because my reaction to winter is so potent. And because I now live in a part of the country where "winter" comprises about two and a half months instead of four, and snow accumulation seems to max out at about ten inches, over three days. (Big grin and sigh of relief.)

As a kid in Central Jersey, I LOVED snow. (Most kids do, right?) I remember making snow forts with neighborhood kids, having snowball fights, building snowman families--starting with one ball and rolling across the lawn until I'd accumulated the right size for the base, etc.  I remember walking to and from school with snow up to my knees, even as a teen. At college in central Pennsylvania (where we got lots of snow), I remember walks across a hushed campus after a snowfall, looking up at a star-filled sky and thinking of the beauty of God's creation.

Then real life happened. I got a job that demanded my presence, snow or no snow. That meant digging out my car in the early morning hours, scraping the half-inch of encrusted ice from the windshield and chipping away at the door handle so I could get it open to start the defroster.
It meant navigating roadways that weren't always cleared, up and down the gently rolling hills, learning how to steer when the car decided to spin, and how to stay back -- waaaaay back -- from the car in front of me whose driver may or may not know how to drive in the white stuff. I'll never forget the  year of the ice storms -- 14 to be exact. The ice was so thick on our street, the kids used it as a skating rink. (I kid you not. It was about six to eight inches thick.)

Then came the winter of 2007. My father-in-law was dying of cancer and was staying with us under hospice care. When he passed away, we took him back to his native Poconos in Pennsylvania. After we got there, after the arrangements were made, the Valentine's Day blizzard hit.

I remember driving to the funeral in a foot of snow. My husband, a Pennsylvania mountain boy who'd been raised on driving in that kind of weather, steered while our sons and I gripped the car's panic bars. Every so often we'd have to get out and push the car through a particularly deep patch. Somehow we made it safely, we said our good-byes, and we vowed to move as far from a big-snow-producing region as we could get.

Today I live in an area that calls those a ten-inch accumulations a "blizzard." Today my hubby shovels our sidewalk with his feet. Today I look at pictures of snow, smile and nod and say how pretty, then thank God the "stuff" isn't headed my way, at least not in a big way.

So when I wrote Christmas Dance, about a southern woman living in the north, it wasn't hard for me to transfer this distaste of snow to my heroine.  Alexandra Anderson is married to a workaholic husband, and she's lonely. It's Christmastime and the biting winds of a northern winter only make her feel more alone. Alexandra is looking for something, or someone, to warm her soul.

Cold was the enemy, at least in Alexandra Anderson’s mind, and this part of Jersey, in December, seemed to have more than its share of days that made her defend herself in gloves and scarves and fur-lined hoods. And that was inside the house.

She smirked at the joke she’d told herself as she entered her three-car garage through the house door. Her giant SUV sat idling—she’d started the ignition remotely minutes ago—and its engine rumbled with suppressed power, its vibrations traveling from the motor to the cement flooring, right through the soles of her boots. She climbed into the gentrified tank, yet another defense against the cold, then sighed with bliss when her butt hit the warmed leather seats.


Who would ever have thought she’d end up driving a vehicle like this, she wondered as she settled her purse and checked her mirrors—then took the opportunity to smooth the line of her lipstick. Who would have thought she’d ever want a vehicle like this, period, for that matter. When she’d left her home on the North Carolina shore three years before and headed north to marry Ben, she knew the winters would be harder, but Lord, there was hard, and then there was hard.


She’d expected to wear heavier coats. She’d expected to turn the heat on sooner in the year and turn it off later. She’d expected she’d have to put her shorts and flip-flops away for a good apart of the year, too. But she hadn’t expected days where no amount of layering, or consuming hot, spiked beverages, or turning up the thermostat, could touch the bone-deep chill that saturated the air, inside and out, making her feel like one big popsicle.


Nobody loved popsicles more than Alexandra, but living the life of one wasn’t her druthers. She missed home. She missed the moderate winters. A person could go outside in December without being bundled up like Nanook of the North. Oh, she’d admit there had been days here in Jersey, or even a few spells, where the bite left the air and a body could breathe without feeling like their lungs would freeze, but today wasn’t one of those days. Today was a Nanook day—gray-skied, frigid-aired and down-right nasty feeling. Like Mother Nature wanted to pick a fight with the world. 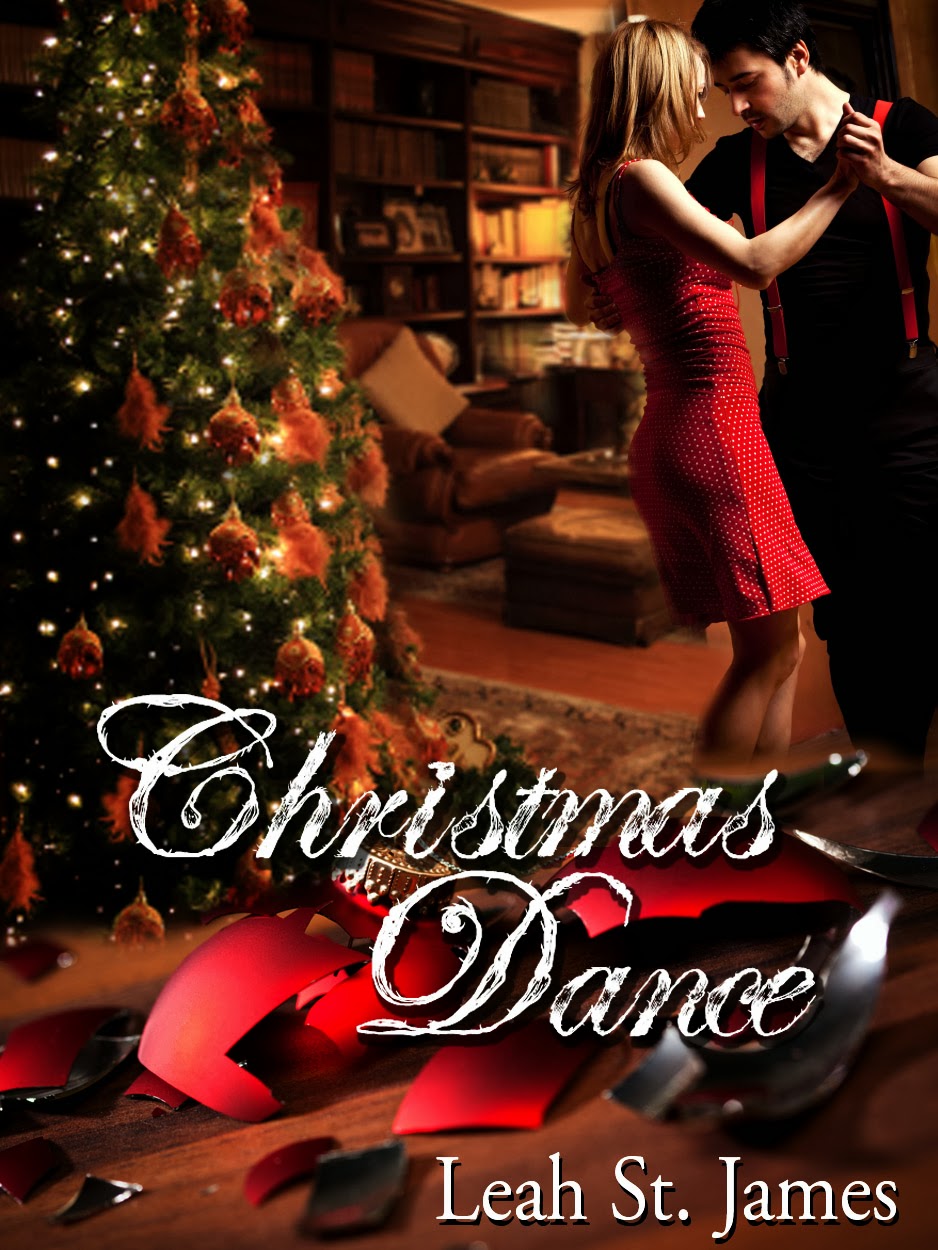 Alexandra Anderson has a loving husband who provides for her every need.Sam Herrmann is married to his college sweetheart, and together they have three healthy, boisterous boys.
What happens when two married people take a look at the perfect lives they've created and decide it's not enough? What happens when those same two people catch the eye of a stranger, and like what they see?
Christmas Dance
A story of love , marriage and parenthood. A story of hope.

Leah writes stories of mystery and romance, good and evil, and the redeeming power of love. Learn more at LeahStJames.com.
Posted by Leah St. James at 5:00 AM

The ice storm they predicted for this morning didn't happen. Higher temperatures coming means this blanket of snow we accumulated will melt. Makes me wonder what's next. We always seem to make it through when we need to though, don't we? Best of luck with Christmas Dance.

I'm with you all the way about winter cold and snow. It's only November and I'm already sick of it! Still, I read your excerpt and I'm hooked - another one for the TBR pile!The one good thing about winter may well be curling up under a lap quilt with a good book and hot coffee...

I'm with Alexandra--It would be nice to buy a car that didn't have to have 4 wheel drive. Not going to happen unless we move! Best of luck with sales!

As you know, Leah, I disagree about snow, but I will say, your experiences were horrible. Even though I love winter weather, I would not have enjoyed going through that. LOVE Christmas Dance, as I do all of your stories. What a fabulous excerpt from a fabulous read!

Happy for you the ice storm held off, Margo! They're the worst. Only studded tires can catch on ice. Then you get that patches of invisible "black" ice. Not fun! Stay warm!

Thanks, Glenys, for your kind words about the story. If you do get a chance to read it, I hope you enjoy! And yes, one of the (few) good things about cold is how wonderful it feels to snuggle under a soft blanket in a warm house with a cup of hot (name your beverage) and sink into a good book.

Hope you don't have to use your 4WD too much in the months ahead, Jannine! I'll bet your scenery makes up for some of the inconvenience though. :-)

Thank you, Alicia, for at least understanding my point of view. :-) And thanks, as always, for your support!