Fall into the Right Hands by Betsy Ashton

Sometimes, fate puts its head in your hand. Sometimes, a face takes one look at you and chooses you for life. Such it was over four years ago when Stella met Terry. 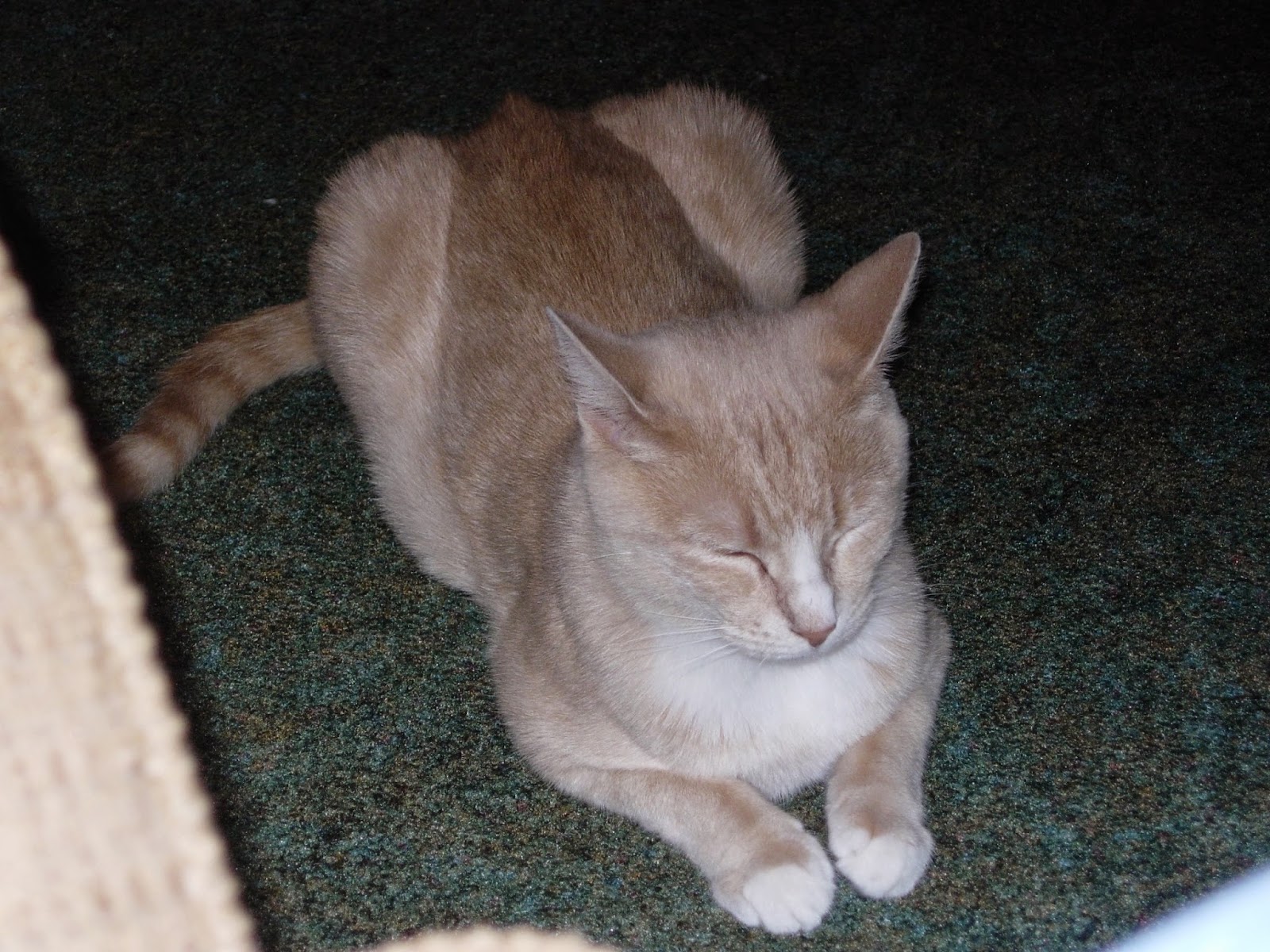 We had been in the hunt for a new kitty, since our previous kitty, a sixteen-year-old Calico with an attitude, had crossed the Rainbow Bridge three months earlier. Trip after trip to no-kill shelters never presented a kitty right for us.

Then one Friday, Terry and I went to a no-kill shelter in an adjacent county. Terry went into the room with the adult kitties; I played with the kittens. While the kitten room was full of precious little bundles of fur, Terry never left the adult room. Kitty after kitty checked him out. One sleepy kitty jumped down from an open cage and sauntered over to have a bite of kibble before she approached. She sniffed his sneakers and his jeans before jumping onto the bench where he sat. She put her head in his hand and lay down beside him. Stella had chosen her forever family. 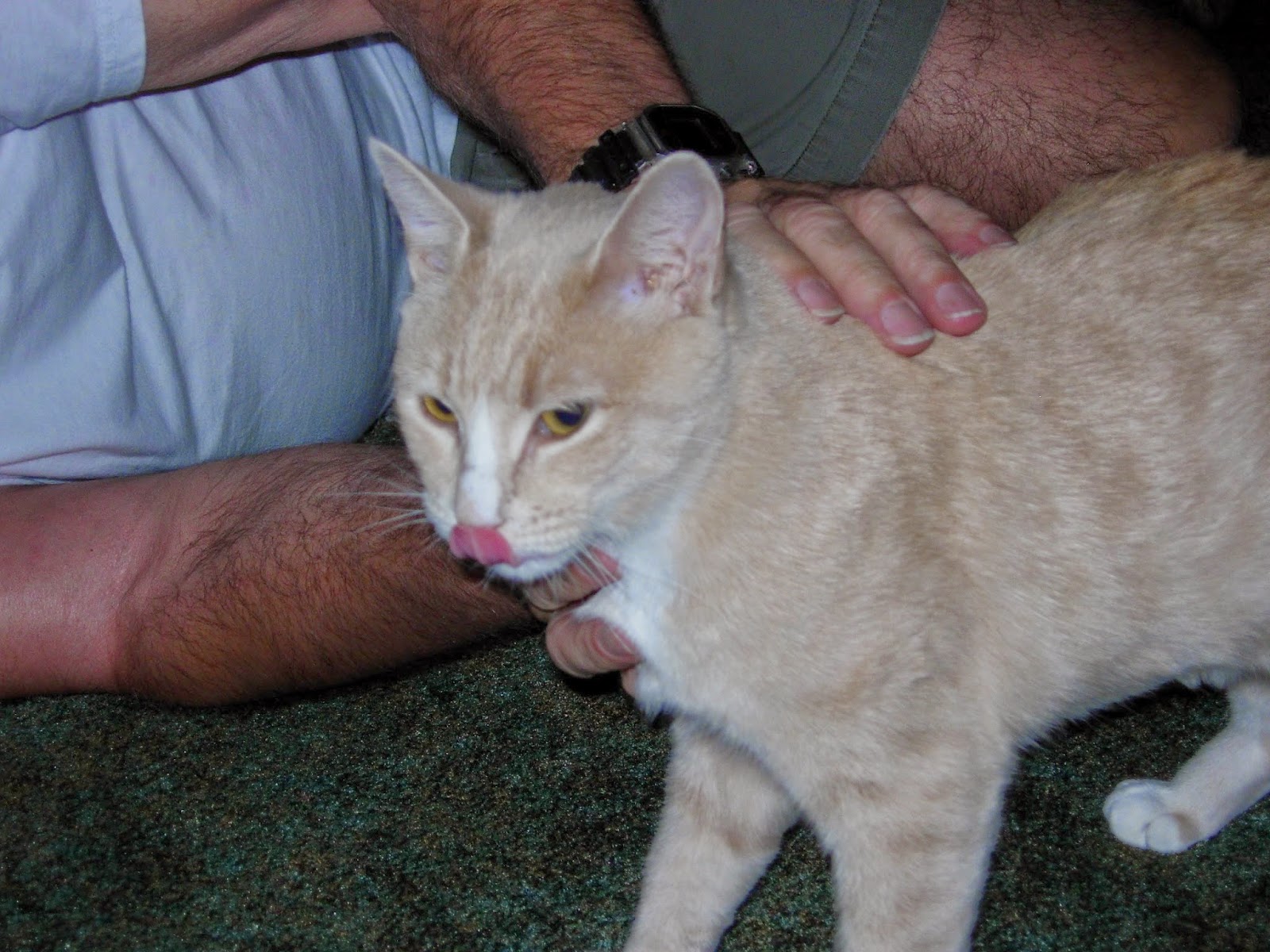 Neither Terry nor I like Stella as a name. I could see myself doing a Stanley Kowalski and run down our street yelling, "STELLA!" We tried a series of names. Terry favored Spike but she was too soft a kitty to be Spike. We tried other names until we decided on a color-based name. Stella turned into Mocha.

Her personality gradually emerged. She's a bouncy kitty who loves to play and be chased. Mocha morphed into Mocha Java, Mocha for the color, Java because she one caffeinated kitty. 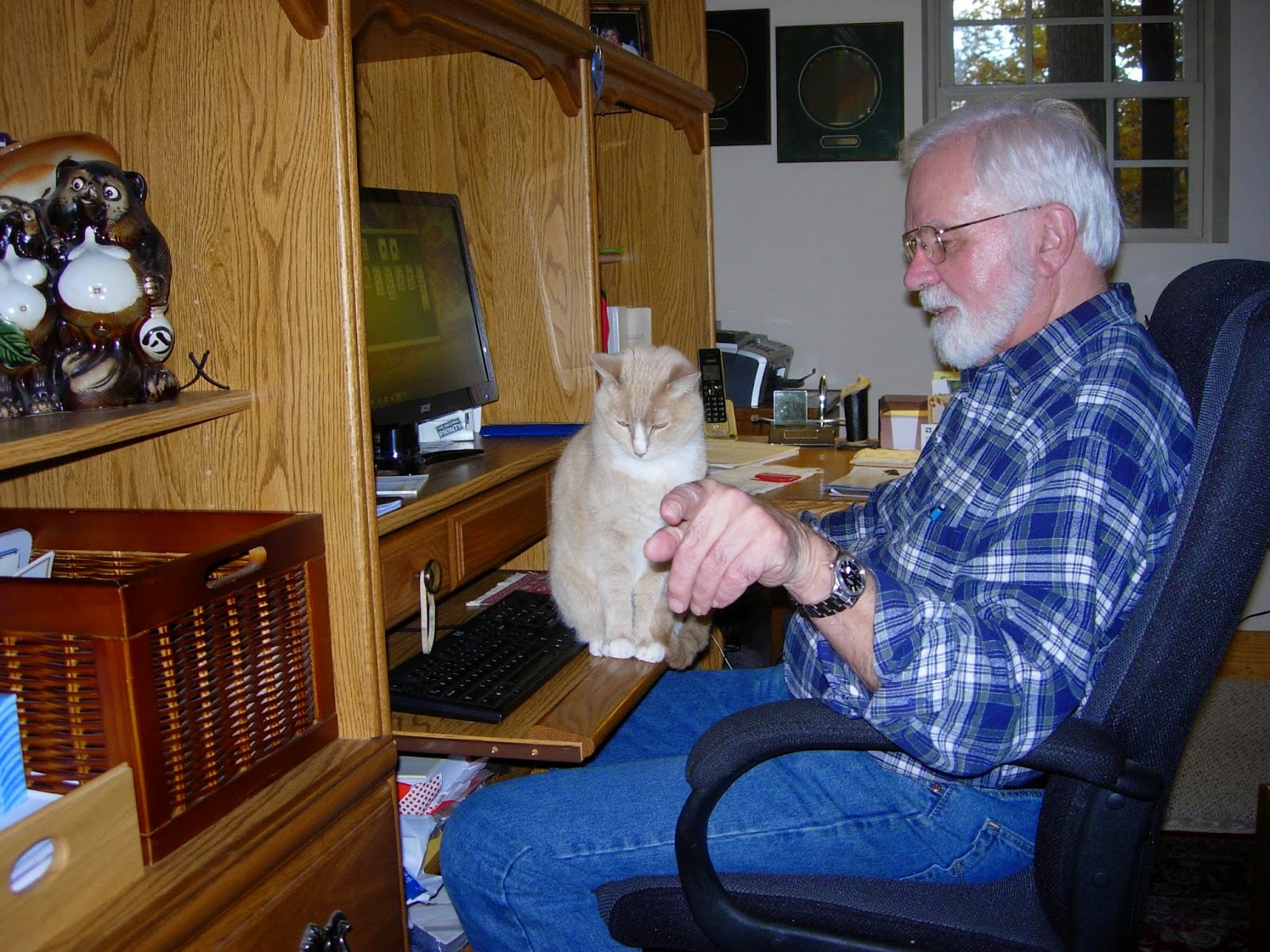 We added one more name: Smokin' because she can vanish like smoke. So, we fell in love with Smokin' Mocha Java, our forever kitty. And she fell in love with her forever family. She gives so much love, even when she 's standing where she shouldn't. She's not supposed to sit on Terry's keyboard tray. I tell her "no" but Terry is indulgent. And so she sits, pretending she belongs on the tray. Smokin'  Mocha Java just said "meh," which is her way of telling me to cope. Sigh.

Betsy Ashton is the author of Mad Max Unintended Consequences available on Amazon and Barnes and Noble. The second book in the series, Uncharted Territory, will be released in June 2015. She lives for words and writing and a kitty.
Posted by Betsy Ashton at 7:00 AM

Ah, she's a beauty! What a sweet story, Betsy. I'm glad you and SMJ found each other.

So am I, Jannine. My husband was never a pet person until he met me. Then he tolerated having a cat. Now, he's smitten. She sleeps in either his or my lap after we shut off all screens for the night.

It is true. We, as humans, are more chosen than do the choosing. But then, why not? Animals know so much more about life than we do.

She's beautiful! I'm so happy you adopted her. :)

Cute. Pets are such wonderful companions.

What a beauty! I'm so glad you visited her shelter, but alas, we all know you were meant to go there so you could find her. ☺