Many times in romance novels, the Alpha male has a deep, dark secret. Something from his past he does not want the heroine to know. Something that makes him feel unworthy of the heroine’s love. He may go to great lengths to hide his fall from grace, but usually secrets like that have a way of seeping out, of rising to the surface, of magically appearing at the most inopportune time.

In my novella, Abra Cadaver, Keane Malson is an ancient Celtic warrior, cursed to roam the streets of the modern world, bring people back to life, and capture demons. He meets Holly Brimmer, fifth grade teacher, when she crashes her car on a rain-slicked road. Keane would very much like to keep his fall from grace hidden, but he’s reminded of it every time he has to save a new person, every time he has to take down an unruly demon, every time he looks at Holly and knows he wouldn’t be good for her.

Here’s the tale of his fall from grace:

A cruel curse. A gift, the wretched hag had called it. She must have had a twisted sense of humor to go along with her witch’s candles, crystals, and potions. Keane would have willingly died from the sword wound across his stomach. To die in battle, fighting for his Celts and defending his homeland, would have been the highest honor.

Instead, here he remained. A constant. A wheel that no longer turned. A creature that looked like a man, but did things no sane man would ever do. A murderer for the sake of keeping others alive. True, he only killed demons, but when their blood stained his hands, it was hard to remember he was keeping the demons from hurting anyone else.

He’d tried to refuse the witch’s attention, but when one’s intestines are spilling out one’s lower abdomen in a warm, crimson coil, clear thought is impossible. The pain he had been in at the time his soldiers brought him to the crone had rendered him speechless, near death—a death he was ready to accept.

However, his brother and second in command, Eliah, begged the sorceress to save Keane. Eliah wept for Keane, his only brother, and though it broke his heart to hear his brother fall so deeply into desperation, he did not wish for his own life to be unnaturally lengthened. He’d accept his time to leave this plane and go with dignity. To die a warrior’s death.

As he’d mustered up his final shreds of strength to decline the hag’s offer of dark magick, Keane felt Eliah’s hand clamp over his, great tears streaming down his brother’s young, battle-scarred face. Keane’s words strangled in his throat looking into his brother’s eyes, and the witch took his silence to mean he wanted her to work the spell. To pull him back from death’s precipice.

Before he could stop her, the crafty sorceress had tossed her chant, her dark magick, into him. His entrails healed, his skin mended. Aside from a scar stretching clear across his stomach from the base of his ribcage to the opposite hip, he was returned to his original state before the slice of an opponent’s long-sword. A swipe that had ripped him from his horse and brought him to the blood-soaked
battleground.

“You are saved, brother.” Eliah had helped him to his feet and threw his arms around Keane’s
shoulders. “We will have many years together. We will finish the fight. The Celts will be victorious!”

His soldiers had thrown up a cheer loud enough to rattle the very ground beneath their feet.

Unfortunately, he was around to witness the Romans defeat the Celts. At that moment, however,
seeing his brother’s joy made it hard for Keane to be angry at being cheated out of his honorable demise.

“Thank you,” Keane had told the crone. She had given him his life back.

“Truly a wonderful gift I’ve given thee. Your service will be thanks enough, warrior.” The cackle she released into the candlelight frightened him more than facing an army of fire-breathing dragons.

“My service?” He towered over the withered witch, but her power leaped off her cloak-covered
fragility, and he staggered back.

Eliah caught him before he hit the ground again. “What do you wish from us, witch?”

“I wish nothing from you, dear, but your brother owes me a debt.” She ran her crooked fingers along
Keane’s bare arm and when he looked down, his bones were visible beneath his flesh. She’d given him
a glimpse of the death he’d avoided.

“I asked you to save him.” Eliah stepped between the witch and Keane. “I will pay for your
magick.” He plunged his hand into the coin purse at his belt.

The hag put her hand over Eliah’s, and he froze, his eyes wide with terror. Keane would never know for sure what the witch had done to him with that touch, but Eliah slid his hand from his money pouch and let the coins drop to the ground like golden hailstones.

“Only you can pay the debt.” She pointed at Keane, a nasty smile on her cracked lips.

“Fine. How?” He was tired of the games. He had more homeland to protect.

“I give you the abra cadaver, warrior. With it, you shall save many as I have saved you tonight.” She angled a gnarled finger at Keane’s arm focusing her cloudy, gray eyes on his flesh.

Standing amongst his men, Keane suddenly keeled over, gripping his bicep as something seared his skin. The burn was incredible, as if someone branded him with fired iron. When he pulled his hand away, an inked serpent spiraled its black body around his bicep, and the witch’s voice echoed in his head.

Marked with the snake,
in you I wake,
the power to shed
death from the dead.

With those words still whispering in the air, the hag disappeared into the darkness of the night. He
had walked away, but instead of continuing the fight with his men, he’d kept walking until he was
compelled to kneel beside an enemy soldier dying in the carnage Keane’s army had unleashed. He’d
placed his hands over that soldier’s chest and brought him back from the Dark Place.

From that point on, century after century, he’d been saving people and killing demons to keep them
alive. He could barely call what he had a life. People weren’t meant to live as long as he had. People
weren’t meant to do what he did.

All Keane Malson wanted was an honorable death among his soldiers. He got something very different, but maybe he’ll find love despite his curse. Pick up Abra Cadaver today and enjoy! 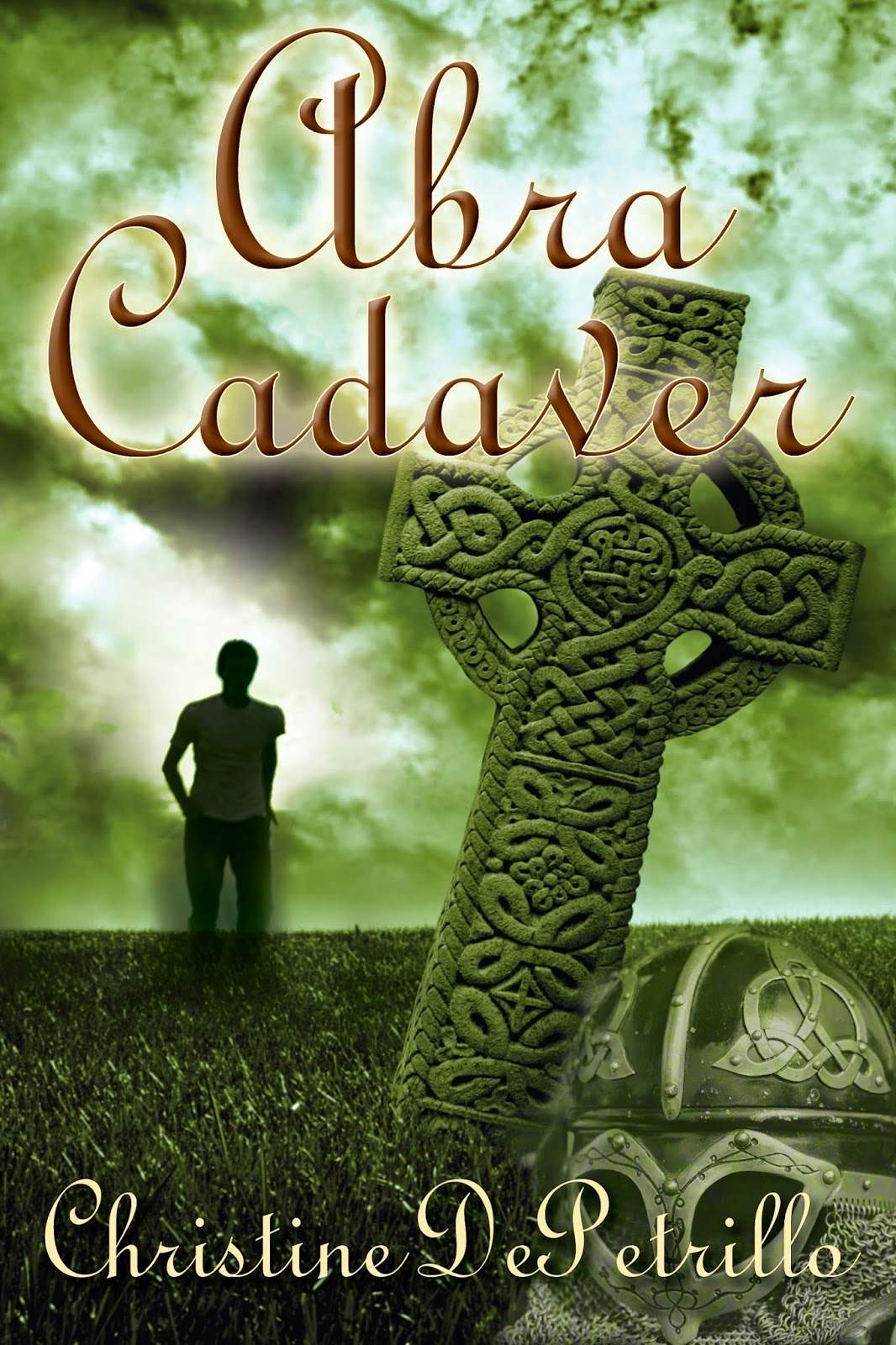 Man, did you ever pull me in with that excerpt. Already I'm rooting for Keane to triumph over his curse. Great job, Chris, and best of luck.

Uh, I don't have time to go read the rest of this book today. No, really, I don't. Geez, Chris, I don't even read this genre. But now I HAVE to know what happens!

Thanks, ladies. I'm not even sure what inspired me to write this novella years ago, but I've always loved Keane.

Oh my gosh...wow, intense and intriguing! I love a dark, tormented hero. Yes, I love a secret they try to keep from the heroine and I love it when they do bad things for the overall good. This story seems to have it all. Nice! I'm going to check it out now.

Wow, Chris. What an excerpt!