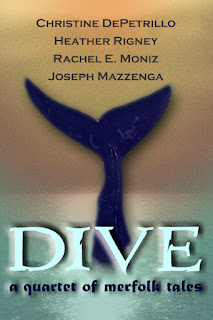 ﻿
We've all had some sleepless nights here and there, but for Crystal...


Crystal Bawle yawned for the billionth time. Her fist barely supported her chin while she leaned against the front desk of Breezes Resort in Horseshoe Bay, Bermuda. If she had another sleepless night, another night packed with nightmares, she would rent a boat, sail directly to the center of the Bermuda Triangle, and let the mysterious zone swallow her. She swore she’d do it this time.


“You look like shit, Crys,” Rionne D’Agestine, Breezes Resort’s Perkiest Employee announced. Funny thing was Crystal had been out with Rionne a few times. Perky was so not the word to describe her. Pessimistic, perturbed, pissed. Yep, all those fit. Perky? No. The only thing  perky about Rionne were her boobs, their overinflated glory bound and boosted to add some allure to her otherwise bitchy demeanor.  Day after day, male customers changed lines to be serviced by Rionne at the front desk instead of Crystal, whose own boobs were less than perky. Less than plump, less than protruding, less than perfect.


“Did you hear me?” Rionne tapped her pen on Crystal’s forearm. “You look like death.”


“What happened to looking like shit?” Crystal took a step away from the front desk, but could hardly manage to move her gaze to Rionne’s face. Her eyes felt as if someone had removed them, used them as beach balls for the afternoon, then put them back full of sand. A lovely side effect of not sleeping a damn wink.


“I had to downgrade for the sickly gray bags under your eyes. I mean, you always look somewhat zombie-esque, but it’s really bad today. Totally not attractive.” Rionne flipped her straight blond hair off her sun-tanned shoulder, her full, pink lips turned down in disapproval.


Crystal opened her mouth to reply, but another yawn overtook her.


“You’ve got to ease off on the partying, mon amie.” Rionne perched herself on one of the stools behind the front desk and crossed her impossibly long legs. Allowing her sandal, one with complicated straps and a cork heel, to dangle from her toes, she said, “Tell me it’s wild sex keeping you up at night. Your appearance would be worth it if the sex was mind blowing.”


Sex? Ha! I barely have enough energy to bathe myself, never mind have sex. Besides, who the hell would be my partner? Rionne reels in all the cute ones.


Crystal shook her head and immediately regretted it. With no sleep came whopping headaches. She was used to no sleep. Hadn’t been dozing productively since she was a teenager, but her teenage body hadn’t cared. It could still keep up. She’d fudged her way through her twenties with lots of energy drinks. Now that she’d turned thirty, however, and all she had to show for her life was a stupid Breezes Resort name tag, her body just couldn’t manage on so little sleep anymore. She didn’t even dream of a full eight hours either. She’d give her right arm for just twenty minutes of peaceful slumber. Twenty minutes. Was that too much to ask?


“Do I really look that bad?” Crystal squinted at her reflection in the black granite covering the front desk. While she couldn’t see the color of the bags Rionne had so graciously pointed out, she could definitely see their size. And a trio of nasty pimples on her chin. And a few wild strands of long, wavy brown hair that had escaped from her ponytail. Actually escaped wasn’t the right word. That would mean she’d attempted to get those strands into the ponytail in the first place, which she hadn’t. Why bother?


Oh how Crystal longed to punch that well-rested face.

Instead, she let out a groan and rested her forehead on the cool granite. “You want to dig a hole

tonight, drop me into it, and bury me?” She pressed her cheek into the desk and closed her dry,

scratchy eyes. Maybe she would find some sleep six feet under the ground. It’d be worth suffocating


ABOUT ALL FOUR TALES in DIVE - A QUARTET OF MERFOLK TALES


DEEPER by Christine DePetrillo
Crystal Bawle wants to sleep, but every time she closes her eyes, the drowning nightmare seizes her. Water is everywhere, and she is swallowed. That deep blue ocean wants her, and she’s getting too tired to fight.


Doctor Ray Taimen has spent too much time on land, but he can’t let his people down. His messages of marine health need to be spread to protect his kin and home. There’s no time for distractions, especially from an exhausted human.


When Ray falls ill, can Crystal reach deep enough to save him?


MERMAIDS ARE NOT NICE by Heather Rigney
Just so you know, all those stories about mermaids being perky and adorable like nautical cheerleaders are crap.

Or maybe this time, despite her husband’s insistence that she seek rehab, Evie’s onto something—something fishy.

Snooty playground mom, Marla, has gone missing and Nomia was the last to see her.

Coincidence? Or does the village have a killer trolling around?

Maybe she should stick with the bourbon, because as Evie dives deeper into the mystery, she starts to discover that mermaids are not nice…


Just another sunny, summer day on the coast of Rhode Island...


...until the boat crashed.
Scared, alone and filled with regrets, Theresa Gordon waits for rescue, her guilty
thoughts her only company. As the last remnants of her sanity slip away during the dark night, rescue comes in a most unexpected form.


Troy Williams has searched for the one woman who can save him and thinks Theresa might be the one...if only she believes his unfathomable story...


Maren’s home was the ocean that she loved. An oceanographer, she lived her dream of being one with the sea until the day an ill fog rolled in to change her life forever.


She lost everything she knew - her family, her friends and her humanity.

All that remains is her love of the sea, and a fading hope that the humanity within her can be saved by

the caretakers of the ocean that no one knew existed.

Download DIVE - A QUARTET OF MERFOLK TALES today at AMAZON.


Gurgle and glug,
Chris
www.christinedepetrillo.weebly.com
Posted by Christine DePetrillo at 12:00 AM

Wow! Aside from an eye catching cover, the excerpts were so very entertaining. I'm off to download this one!

I've felt that way a few times after a sleepless night. I'd punch her co-worker, too! Great excerpt!

Neat excerpt - boy, can I ever empathise with Crystal! And haven't we all had co-workers from hell?