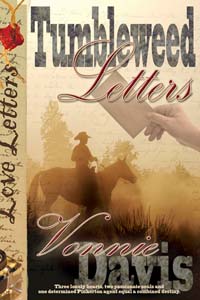 At the end of the month, I have a novella coming out—Tumbleweed Letters. This historical, set near Deadwood in the Dakota Territory, takes place in 1879 and is my first historical. It is part of the Love Letters series.

For reasons explained in the story, Sophie and Cam meet and marry the same day. He brings her home to his ranch after buying supplies for the winter. As you can imagine, Sophie is taut with worry about her future with a man she barely knows. What kind of future will she have with him as she helps raise his son? Can they come to care for one another?

Since we’re talking about excerpts with the “most,” this is my excerpt with the MOST dirt…

Now was no time for being maudlin, wondering why her destiny landed her here. She had things to do. Sophie picked up her skirts and stepped into her new world. 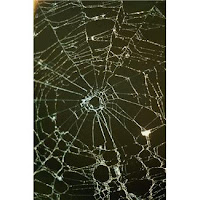 A kerosene lamp with a sooty chimney set on a narrow table in the hallway littered with dirty clothes here and there. To the left was a parlor with heavy wood furniture covered with dusty wine velvet upholstery. A floral rug graced the floor. Maybe after she hung it on a clothesline and beat it, she’d be able to tell what color it was. Dirty long johns were dropped onto the floor where Cam had evidently taken them off. Stiff, smelly socks draped the one arm of a wooden rocking chair. She ran a fingertip over the grimy tables. Cobwebs draped a corner of the large room. Tomorrow would be a day of heavy cleaning.

Through a doorway was a large kitchen. She stepped inside and froze. Saints preserve me. It’s a pig sty, so it ‘tis. Dirty dishes were piled on the end of the large wooden kitchen table. Pans crusted with something set on the stove. Muddy boots were thrown in a corner. A mouse skittered across the floor and into a hole in the floor. Books were stacked on the floor next to a chair at the table.

How could someone live like this? She gave an involuntary shudder, pushed up her sleeves and set to work. Cam McBride was in for a shock if he thought he’d continue living in a hovel. Dirty pans were moved to the table. Then she filled the stove with kindling. Once she had a fire roaring, she pumped water into a pan. She was pleased to see the kitchen had a pump at the sink that would save her trips outside for buckets of water. 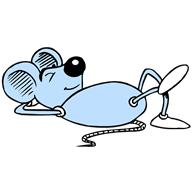 Cam carried in sacks of flour, sugar and coffee beans. He set them on the floor and opened a door to a little pantry. Two mice darted into the kitchen. The man dared to ignore her startled gasp. “Want me to empty these into the round tins Maw always used?”

“Not until I see how clean they are.” She waved her arms around the dirty, greasy kitchen. “Cam McBride, you should have your ears boxed for living like this. Tis an abomination, so it ‘tis.” She could have sworn she saw the corners of his mouth quirk as if he were fighting a smile. He turned to walk away and she stuck out her tongue at him.

The next time he came back inside, he set packages of piece goods and notions on the settee in the parlor. Books he bought in town were dumped onto the kitchen floor next to the crooked pile already there. She shot him a dark look. Had the man forgotten the bookshelves in the parlor? He stuck both hands in his back pockets. “I’ll put the horses away and check on the livestock while you…” 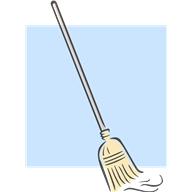 “While I try to clean one spot upon which to stand?” She snatched the broom and began sweeping out dead leaves and mud clumps. Although by the stench, she wasn’t completely sure it was mud. “Tis a haven for dirt you have here.” Her motions were swift and jerky. She flashed him an irritated glare. “And where are your manners? Take your hat off inside.”

He didn’t. In fact he stood there for a minute just staring at her. Then he reached out, wrapped a long arm around her waist and drew her to him. She slammed against his muscled chest and gazed at his hardened features. His blue eyes squinted as he seemed to regard her, and then slowly, very slowly, a smile spread across his solemn face. Merciful heavens. Look what a smile does to his eyes, to his face…to me.

“I won’t abide a bossy wife, Sophie Catherine. But I do like your spirit.” He tipped her chin with two fingers, the pads of them rough and strong. His blue eyes darkened as he leaned down to cover her lips with his. Both of his arms were around her now, and in his arms she felt safety, a measure of tenderness and delightful physical sensations. The kiss was hard and swift—akin to her reaction to it.

“Did I say I wouldn’t demand my husbandly rights tonight?”

She stiffened and squared her shoulders prepared to do verbal battle. “You most certainly did.”

Her eyes widened. She placed both palms on his cheeks and drew his face close to hers until they were eyeball to eyeball. “Well, I won’t abide a husband who lies.” She let him go and set back to cleaning.

His laughter—rich and deep—was a heart-stealing surprise. The heat of a blush rushed up her neck to swathe her cheeks. She kept on sweeping hoping he couldn’t see his effect on her. His footsteps echoed across the floor, the door closed and she smiled.

Hmmm, if I were her, I'd be tempted to turn around and walk straight out the door. Sounds like he needs a maid, not a wife! LOL Great scene, Vonnie.