Down to the Wire #NewRelease by Brenda Whiteside

Penny Sparks has secrets that can ruin a presidential contender, got her family murdered…and mark her as the next hit.

My latest book is set in Flagstaff, Arizona in December. The Power of Love and Murder is book four in the series. When I wrote it I didn’t consider making it a holiday release. Once I sent it off to my publisher, the idea came to me. The first response I got was a negative. I’d submitted the manuscript in June and April is the usual deadline for holiday submissions. Yep. Way out there. But I have this fantastic editor and with her prodding, we’re trying to get it done.


By the time a book is released, an author has read her creation at least four times. Yesterday, I completed read number three. It was a marathon read in eight hours. Even though I’ve written and read it, I had to read it relatively slowly searching for any mistakes that have been missed. It’s not exactly enjoyable reading.


I also had to choose an excerpt. This is the most hated part of the process for me. I have to scan the manuscript and choose a section that does not give away anything that would spoil the ending, but has to be enough to entice the reader.


Wish me luck I get the editing wrapped up so I can make the release happen before Christmas for The Power of Love and Murder. See what you think of the excerpt I chose. Is it at all enticing or do I throw it back and go for another?


Jake sank onto the bed, his mind reeling with her assumptions. “So, you think the senator—hired—an FBI agent to make the accounting woman disappear and to kill your family?”


“Yeah, I do.” Penny rose and paced in front of him. “And how do I know he’s involved? Westingly wasn’t a senator back then. But he must’ve had aspirations. He sold off the nuclear waste division and bowed out of the company to go into politics. And you know what else?” She stopped, her eyes wide, fists at her sides.


He swallowed deeply. “What?”


“Those two other people, Burke and Severing? The two that Angie thought were doing the embezzling? They both died within a couple of years of when Westingly resigned from the company and went into politics.”


“Burke drowned while out on his yacht, and Severing died when a car hit her while biking after dark. Hit and run. Accidents. Hmph. That means anyone who knew what Westingly did is gone.” Her chest expanded with a deep breath. “Except for me.”


For thirteen years, Penny Sparks has managed to hide from the political powers who murdered her family. When she unwittingly exposes her true identity, not only is she marked for death, but the people closest to her risk meeting the same fate.


Jake Winters is out of rehab and coming to grips with his demons. A woman named Penny comes on the scene, and Jake believes he has someone who can help him find life after rock star status…until her secrets blow up his world.


With a government agent turned hitman closing in on her, Penny and Jake race to expose the presidential contender behind the murders of her family. Even if they win the race with death, the murder that stands between them could end their hope for a new life. 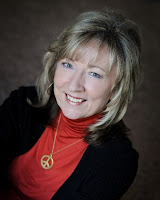 I write my book then #1 read/edit it to send to the CP to do her damage. Afterward, read/edit #2 to go to my editor. Then #3 copy edits, #4 line edits, #5 final formatting edits. I just did #3 on my last Wilde book and actually enjoyed my book since I haven't read it in a few months. It's the last two rounds back-to-back that kill me. Ugh. Those are coming right up...

As for the excerpt, it gives a good sense of the suspense but not the romance. Honestly, I feel there are too many names and too much info in the segment. Without any background, it's a little confusing for the reader. Only my opinion, but you might want to search for something with a little more emotion in it. Heart-beating fear or worry with less detail. On a positive note, your book sounds like an exciting read!

Whew, Brenda...you've had so many deadlines to meet lately! This publishing business always seems to be hurried...along with so many other aspects of our life. You asked about the excerpt. I think it's an 'inside baseball' kind of excerpt...too many details we don't know enough about to care. I'd try to find something with feelings described rather than nitty-gritty details speculating on the crime. I'm with you...I hate finding excerpts, too!

Thanks for the input on the excerpt Jannine and Rolynn. I'll find another!

Since I love a good conspiracy theory, I'm sold on the book. Yeah, I'm still on the grassy knoll. As for your excerpt, they're hard to pick aren't they? I'm glad my publisher does that for me. I have a couple self-pubbed books and realized how spoiled I'd become when I had to do a lot of this myself. You'll pick a great one because I have a feeling your whole book is great.

Exciting news, Brenda! I'd have to say I agree with Jannine and Rolynn on this specific excerpt as far as there being a lot of names/details, but I really loved how you ended it, throwing the woman into jeopardy. The lack of romance didn't bother me, but I'm a suspense lover, and that ending grabbed me. (And the older I get, the less I seem to care about the mushy stuff.) :-)

Vonnie, I swear I don't remember doing this every time. In fact, a couple of my books I look at the excerpt and say Hmmm...I wouldn't haven chosen. I think TWRP does it some times and not others.

Thanks, Leah. I'm kind of more the suspense person too.

Agree with the others. Though the TMI didn't bother me as much, the lack of emotion did. You need an excerpt with danger and a sense of coupledom between these two. I'm sure you'll find it. Love the blurb BTW.

Thanks, Margo. I've already told my editor to ditch it. Went through the MS again and came up dry. Can't seem to find one that has those elements and isn't a spoiler. Back at it again today.

Choosing excerpts along with writing a blurb and tagline are often harder than writing the book itself. Good luck. I know you'll find the perfect part.

I don't know if I found perfect, RE, but at least I found one my editor liked okay. Thanks!