Most of us recall where we were when we heard of the attacks on American soil. I was working at what was then Citibank--now Citi--in Hagerstown, Maryland. This particular Citibank was a large three-building campus that never, ever closed. It was open every minute of every day, all year long. On the opposite side of the massive parking lot was a child-care center the size of an elementary school for employee's children. Each building had two restaurants.

Over a total of 25,000 employees kept the credit card, calling center, investment, and mortgage departments open. I worked as a technical writer in the mortgage department, writing closing documents to conform with changes in tax and legalities applicable to the banking industry.

Whispers spread quickly over the cubicles to turn to CNN news online. We all watched in horror, knowing that some of Citibank employees were in those buildings. Before long, our departmental supervisor called us into our meeting room. With a shaky voice, he told us about the attacks. He was visibly shaken. His sister, also a Citibank employee, was one of the missing and he couldn't reach her.

Then, if things weren't bad enough, he informed us the corporation feared we were next in the terrorists' path. "So, stay alert and keep on working." Well, if that doesn't inspire the will to work, I don't know what does.

We all marched back to our stations, the talk heavy between us. I sat at my computer, wondering WHY?  Why would the terrorists come for us? We were cubicle workers in little Podunk Hagerstown. 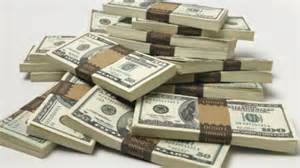 The next day, we were called in for another meeting. We were told why our campus was in "supposed" danger. Al Qaida and Bin Laden had money invested in Citibank and their assets were frozen.

A couple days later, someone opening mail had white powder fall out over her. Everyone went into a panic. Agents were soon in the facility. We were given new orders. Wear latex gloves while working and use special soap in the restrooms. The next morning, we came to work to find everyone wearing plastic aprons. New ones were handed to us. We worked like that for weeks, encased in latex and plastic and running on fumes of fear. At night, we watched the news of the happenings at ground zero in disbelief.

We were Americans. This couldn't be happening to us. . . but it was. It did and so many innocents died or have suffered the loss of loved ones.

Unfortunately, the terror remains here and in other countries. Different groups. Different names. Same sick agendas. Like ISIS, for instance. Featured in my Black Eagle Ops Series, ISIS is the enemy. Book two releases on November 23rd and is eligible for pre-order. 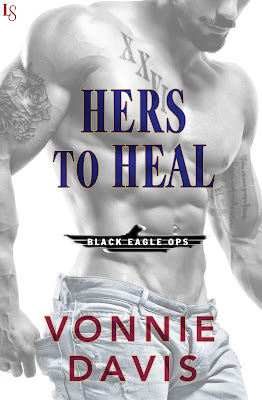 In this powerful, sensual romance from the author of Her Survivor, a broken woman meets a shattered warrior—and discovers a passion strong enough to heal each other’s deepest wounds.

Navy SEAL Reece Browning sacrificed body and soul in the line of duty. He survived torture at the hands of America’s enemies, but lost his career and his voice in the process. Traumatized and desperate to get his PTSD under control, Reece escapes to Eagle Ridge Ranch. Under the big Texas sky, he finds peace, a renewed sense of purpose—and a woman who makes him feel like a man again. Her smile lights up his dark days, and her caress helps him forget the night terrors.

Ex-Marine Gina Wilson also bears painful scars: emotional wounds inflicted by men she once trusted with her life. She has fought hard to overcome her demons and build a good life for her daughter, and Reece is too intense, too damaged, too raw to let into her heart. Yet she’s drawn irresistibly to his steely gaze and heated embrace. No one else understands what it’s like to suffer in silence. And when Gina’s daughter is threatened, it’s Reece who risks everything to save the day.

For more information about Vonnie Davis, visit her website at www.vonniedavis.com
Posted by Vonnie Davis ~ Romance Author at 11:49 PM

What a harrowing experience to go through, Vonnie. But you were strong enough to survive. My hat's off to you. Best of luck with your latest.

I was home with two toddlers. I remember having the TV on all day for several days, existing in a state of disbelief. I also remember being thankful my family wasn't in a city...because no one knew what might happen next. Scary stuff, Vonnie.

Thank you, Margo. I remember those days of typing while wearing latex gloves with little fondness. The terror of what happened in NYC, DC, and the fields of PA spread everywhere.

It was a time of disbelief, wasn't it, Jannine? Just as my generation couldn't believe JFK could be assassinated in front of everyone, another generation had to watch lives lost and buildings fall in front of their eyes. We could watch it all, but our minds couldn't quite comprehend.

I heard the news when I was on my boat in Anacortes, Washington, a serene environment in stark contrast to the high rises of New York. My brain couldn't compute the reality; you, Vonnie, in the city and in a big building that could be a target...I can't imagine your emotional state. Interesting, isn't it, that the SEALS you write about exist to deal with terrorists...to prevent another 9/11? Good luck with your series, Vonnie...the cover is stunning!

Your memories, Vonnie, are so much more intense than mine (which I wrote about for this morning's post on my blog). I can't imagine working in such an environment--the constant fear of another attack, the possibility of anthrax via the mail. While you're writing about a tragedy, I miss your sense of humor. I'm so glad your building wasn't attacked and that you're still with us to share your quirky humor. Best wishes on your new release

Rolynn, my SEALs are in many ways bits and pieces of my grandson who struggles with his PTSD every day after his time in Afghanistan. He has improved so much thanks to therapy. And he has a son, 5 months old, Benjamin. He calls him his legacy.

Thanks, Diane. The quirkiness is still there. It'll be back. Promise.

I'm so sorry to be late commenting...again. Vonnie, that must have been terrifying. I remember working at FBIHQ back in the early '80s (yes, I'm that old), every so often we'd get a bomb threat. We never really took it seriously though. These days I think I would. On 9/11, I lived in New Jersey, in one of Manhattan's "bedroom communities" where many residents commuted daily. My town lost more residents (in a single town) than any outside of the city's boroughs. The big black noxious-smelling cloud covered the whole area. I could see the NYC skyline from a spot down the street, and for days we watched the smoke from the crash site drifting skyward. I'll never forget. So glad you were unharmed.

Yes, I'm late as well, but I was stunned and moved by your post. Good Lord, I can't imagine what that must have been like for you, working under those conditions, living in fear. Bless your heart. The new book sounds amazing!! Best wishes.