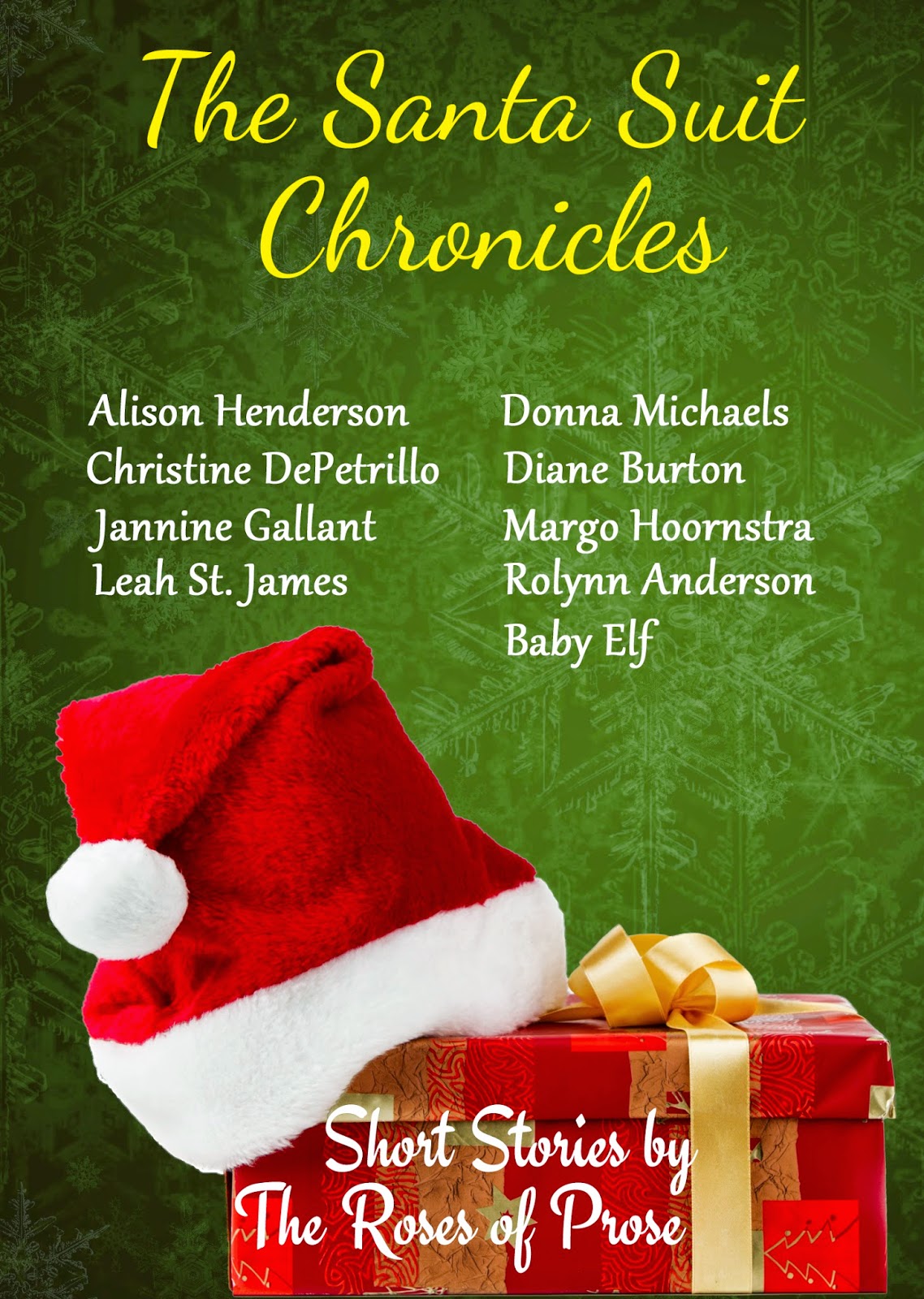 Wishing all a safe and blessed holiday season.
Merry Christmas!
Posted by Leah St. James at 12:30 AM

Thanks, Jannine, glad you enjoyed it!

Loved it Leah! Now, on to your sequels...

This was great! I was pretty sure he was a good guy--although I had my doubts at the end yesterday's chapter. Happy Christmas to you & your family, Leah.

Good example of how bad experiences in youth can frame career experiences. Nice to have these two converge at the end. Ho, ho, ho!

Yay! Great ending. I knew Jacob was a good guy!

Thanks, everyone! Yeah, I couldn't make him a bad guy in a Christmas story. My sister (who was my beta reader) was upset enough that I included narcotics! :-)

Fantastic!!! I love, love, love this! What a sexy hero, even when he was 'bad' :) (or maybe especially when he was bad, LOL). I think it's awesome about the drug incident in his past, that just made him have further to go and made it more gritty and real. Excellent job!!!

Thank you, Alicia! That means a lot to me. (You know I can't complete a story without some sort of angst-ridden angle!)

I finally got a chance to finish it (wouldn't have missed it for anything!) Great job, Leah. You managed to pack an enormous amount of story and action into a short story. Kudos!