"Santa, In Brief" Part 2 of 3, a Christmas Short Story by Rolynn Anderson 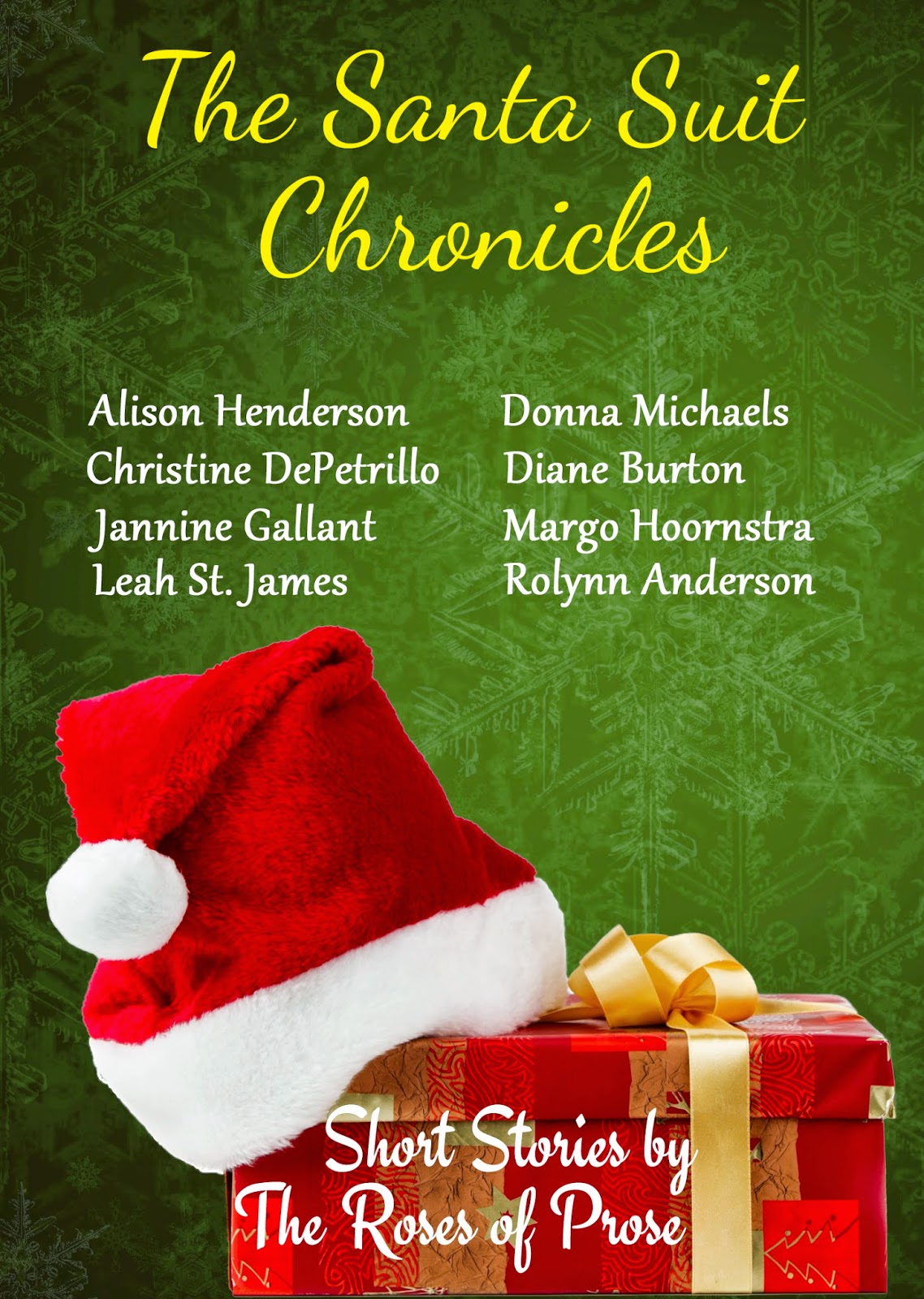 “Santa, In Brief”
By Rolynn Anderson
Part 2 of 3
Nick pulled his Santa shirtfront in and out, moving air under the warm fabric.  Emilia’s news that she’d transported a package from Paris to Palm Springs for a stranger, would make anyone sweat.
She blinked, fighting tears.  “Gone Boy told me it was a Christmas present.”
He waited for more.
She nodded.  “He played me.  I’m sure of it now.”  She gazed at the empty pathway, aware that Nick, in a most unSanta-like way, was assessing her, from hair to painted toes.  A zing of pleasure took some of the hurt away.
“This isn’t a good time for you to practice golf, Emilia.  I’ll owe you for today; let me know if you want lessons tomorrow,” Nick said as he picked up her clubs and took a step toward the pro shop.
“No,” she said.  “You’re Santa and it’s Christmas.”
Somehow he understood her point.  “Well, that’s that.  We…uh…” he pointed to a bench. “Let’s sit here.”
She sat angled toward him, yearning for a place on his nice list, even though she was gullible and unsophisticated.
He straightened his fluffy white collar and focused on her eyes.  “Tell me why you think you’re in trouble.”
“Look every gift horse in the mouth.  My dad and my brothers drilled the idea into my head.”
Nick nodded.  “They didn’t want you to get hurt.”
“All three of them chased away every man I brought home.”  She pursed her lips.  “Then I went to Paris.  Perfection.  Three amazing days of buying for next season.  I’m celebrating, alone, in the hotel restaurant, my guidebook open on my right…”
“When Paul comes along.”
“A little older than you and I are, and shorter; darker hair, brown eyes.  Maybe not as handsome as you, but definitely a looker.  Spoke French, yet.  He asks if he can join me for dinner.  Si’l vous plait?”
Nick fingered the shark-teeth edge of his shorts, an unnerved Santa.  “And he offered to show you Paris.”
She nodded.  “My dad and brothers’ voices were in my head saying ‘No!’ but I said ‘Yes.’  Paul was persuasive.”
“From New York, but fluent in French.”
“He never looked me in the eyes, like you do.  Should have been my first clue.”  She opened her palms.  “Still, I felt no discomfort in his presence.  Three days solid of seeing Paris and sharing meals together.  Always in public spaces.  I never went to his room or he to mine.”
“He paid for everything.”
“No.  He didn’t.  I insisted we split expenses.  Until this.  My casita was a Christmas gift; he said he paid for another larger unit for him and his family.”
Nick shifted in his seat.
Emilia waited for an encouraging word, anything to take her worry and guilt away.


He stood. “Let’s end the suspense.  You’ve got a Christmas present to open.”

I'm with Nick, too bad our suspense won't end until tomorrow. :-)

Tomorrow. Nick just has to give us a HEA. Santa always does.

Any the suspense keeps building! Can't wait to read the rest.

Santa is definitely a good guy. Liking this!

Thanks Rolynn, I'm really enjoying this story. I can't wait for the conclusion tomorrow.

Geez, Rolynn. Keep us in suspense. This is a great story. Can't wait for tomorrow.

You guys are sweet. This is a fun way to deliver a short story...what with the rush of the holiday, we have so little time to read. Short is good!

Great build-up. Well developed. Can't wait to see what her present is.

Ooh, the suspense is killing me! Love this story, Rolynn. The setting and premise are fun and unique.

Oh boy, I better do a good job on the ending...I've got so many people hangin' out there. Thanks for all your compliments!

What's in the present? Can't wait to find out!