The Santa Tradition by Diane Burton- Part One 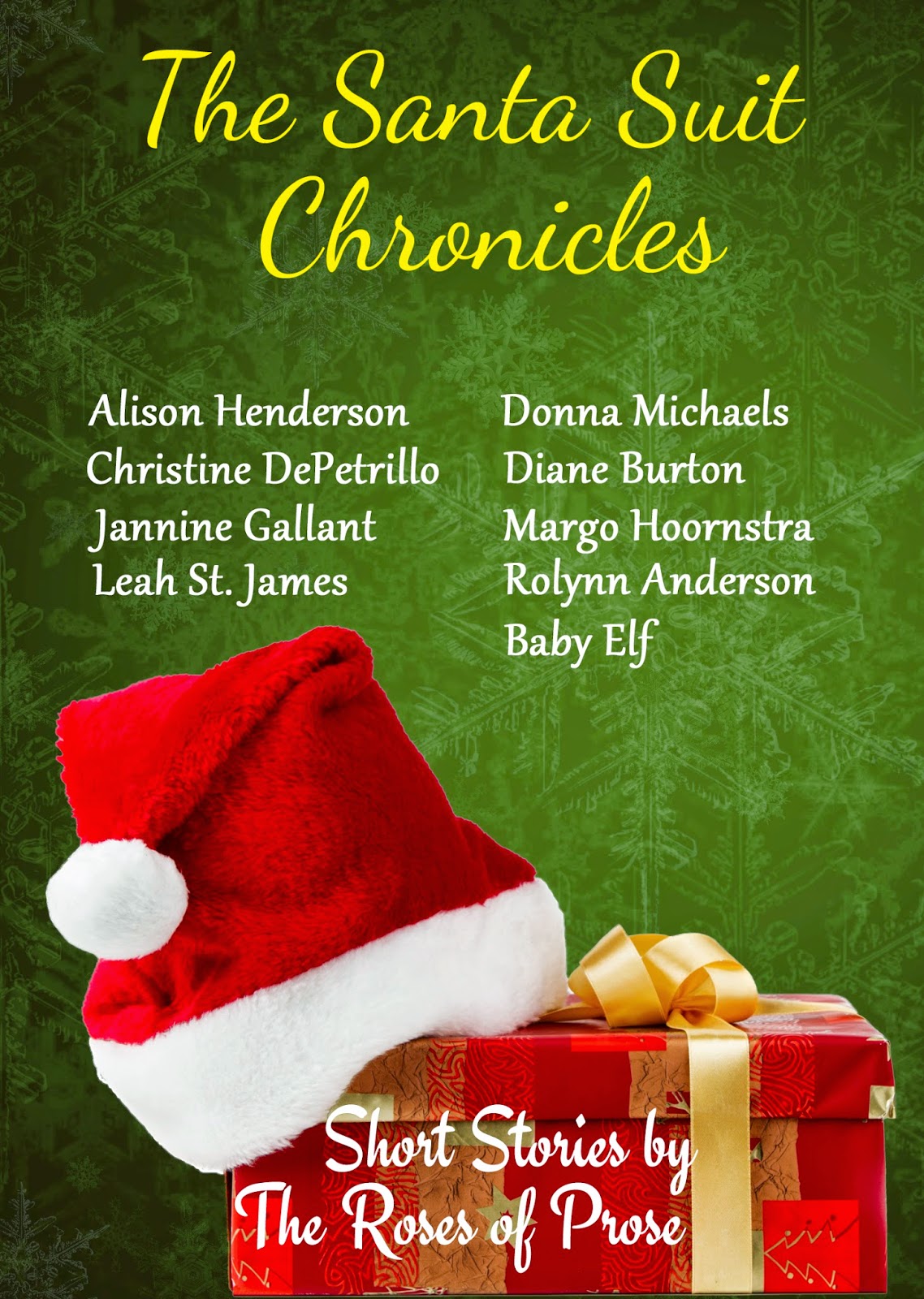 The Santa Tradition - Part One
by Diane Burton

I'd never seen a Santa suit used in quite that way. I was tired, grubby, and sweaty, probably had cobwebs in my hair from packing. But the faded snapshot made me forget all that. James would love this picture of his dad dressed as Santa on top of the hook-and-ladder truck. He must have had a great time back at the firehouse--out of sight of the children he entertained each year. The pants hung from the ladder and the beard waved from a side mirror. He wore boxers decorated with elves under the Santa top. His grin captured the essence of the man I loved as much as my own father.

"James?" I called as I climbed the basement stairs. "You have to see this."
I found sitting on his mother’s godawful blue-flowered sofa. His head hung low, shoulders hunched, more defeated than I’d ever seen him. Worse than when the company decided after twenty-five years they didn’t need him anymore.
He’d weathered the Great Recession, taking on the extra work from others they’d already let go. It wasn’t unusual for him to work twelve to fourteen hours a day. Being downsized was almost a relief. But after nearly a year of sending out resumes, going on interviews, and receiving polite rejection letters, James was a downtrodden man. Not the vibrant, carefree guy I married thirty years ago.

Return tomorrow for Part Two of The Santa Tradition.

Wow! Now there's one heck of a hook! See you tomorrow, Diane.

I feel for this guy. I hope he finds some peace in this situation.

What a twist! Nice!

I'll be back, Diane. Good job laying out the 'troubles.' Realistic. Grim. Truthful.

Diane, this was so realistic it was difficult to read on a personal level. Except for the last line, this could have been my house. I AM Meg - have been for twenty years. You're so right about marriage not being 50/50.

Wow! Thanks, ladies. I achieved what I was going for. Alison, I've been Meg, too.

Wow! I didn't see that coming. I can't wait to read the rest. Great opening!

What a twist at the end! Can't wait to read more!

Wow, great hook, Diane! I'd say sorry I'm late, but since I can now go and read the rest, I admit it. I'm not sorry...hehe

Love the hook and the realism in your chapter. What a great start to an enticing story. Like Donna, I'm almost glad I'm late. I don't have to wait! :)