Live for Today by Brenda Whiteside 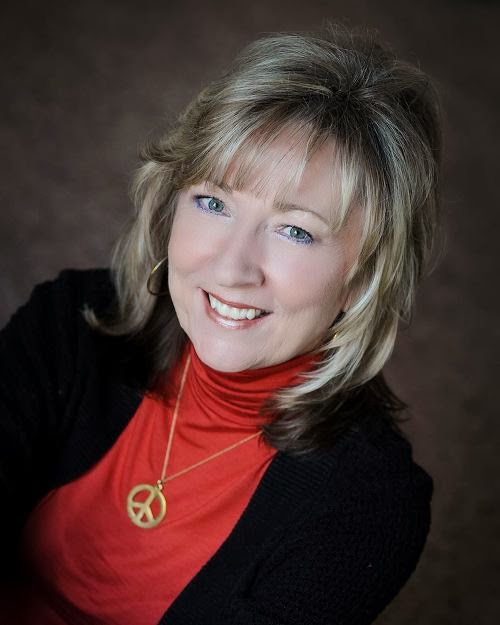 I'm waxing philosophical today. Thinking about looking forward and backward sparked a memory of a book I read a while back entitled Be Here Now by Ram Doss. As they said in the sixties, it's a "heavy" book. We weren't referring to the weight when we used that phrase. If I can be bold and boil the essence of the book down to a few words, I'd just repeat the title. Be here now. That might dismiss my thoughts of looking forward or looking backward, but it doesn't. All that we are in the here and now is a result of what's behind us. All that we will become - well, that's looking forward.

There's another philosophy that promotes "being in the moment." Ever so often, I remember this phrase and I'll give it a go for a few days. Basically, feel what you're doing at any given time. Give yourself over to the moment and whatever you're doing is that much more meaningful. Stop hurrying through your task to get on with your day. I guess you could still hurry but be cognizant of your every move. There would be no wasted time, if we made the most of every moment regardless of what we're doing.

Enough philosophy for now. I'll do a quick promo on one of my books that is in the same vein. In Sleeping with the Lights On, Sandra Holiday has reached age fifty and is regretting her past, looking for her future and having one heck of an adventure in the here and now.

Email ThisBlogThis!Share to TwitterShare to FacebookShare to Pinterest
Labels: brenda whiteside, romance blog, sleeping with the lights on, The Roses of Prose

I'm having Internet problems today so I may not get to check in often. Feel free to comment and I'll be here when I can.

Good advice. I spend too much time thinking about what I need to do instead of just enjoying what I'm doing!

Words for all of us to live by. If only it was that easy.

Thanks, Jannine and yes, Margo, if only.

I think there's something about reaching one's sixth decade that really brings this philosophy home. I've been actively trying to keep it in mind for the past year. As regards my writing, I have to tell myself to tune out all the frenetic marketing talk from time to time and give myself permission to do what I need to do when I need to do it, based on where my life is at this moment.

Sometimes Sleeping with the Lights On IS the right answer, to get one to that next point. But as you point out, we need to quit waiting and enjoy what is Now.Not getting any younger!!! LOL

So true, Alison. And wise words on your writing.

Right on, Nancy. Can't turn back that clock!

This is a fantastic philosophy to live by. I'm going to give it a try. I live my life in a huge rush, always thinking of what I need to be doing. Your suggestion sounds like it would be worthwhile and give me a few moments peace. :) Thanks for the great post.

Oh yes, and your book sounds fabulous. I love that it's about a 'mature' heroine. I will have to check it out.

Alicia, I'm so glad you got something from my post. Thanks for your words. And as we said in the sixties - Peace!

I also get sucked into the pace of the business side of this craft, so thanks for the reminder to remember to enjoy it as well.