What Makes a Classic by Marina Myles

The Roses guest today is Marina Myles. Take it away, Marina.

To Kill a Mockingbird, Pride and Prejudice, Treasure Island, and The Adventures of Sherlock Holmes. Who doesn’t love these tried-and-true stories? I certainly do!
I write fairy tale retellings, so it’s no surprise that I go gaga over anything that resembles a classic novel rewritten or a motion picture adaptation of a classic novel. (I LOVED the Leonardo DiCaprio version of The Great Gatsby. And wild horses couldn’t have dragged my eyes away from Gerard Butler in The Phantom of the Opera.)
These actors are uber hot. But what, I wonder, really makes a book or a movie a classic? Is it the storyline? The characters? A resounding social message?
Take Wuthering Heights. Timeless and provocative, the story tells of a rich girl and a poor boy whose love extends beyond the grave. Truth be told, Wuthering Heights wasn’t received well when it debuted. Rather, it was bashed. Written by Emily Brontë and published in 1847, the book was described as “strange…morose…depressing, even immoral”. One critic went as far as calling the novel “that fiend of a book”.


Granted, Wuthering Heights includes scenes of mental and physical cruelty and vivid descriptions of class inequity, but my guess is those shocking subjects are what made people sit up and take notice. Now Emily Brontë’s work is considered sophisticated, intelligent, and haunting. In a word: genius. But why wasn’t the book valued in its time?
Another similar but less elegant example of something being scoffed at initially is the film sensation “Halloween”. A horror movie written and directed by the controversial John Carpenter, it premiered in theaters in 1978. The plot follows Michael Myers, a serial killer who murders his sister, gets locked in an asylum, escapes, and returns to his hometown to stalk teenage babysitters that, we assume, remind him of his sister. At first, the film was panned by movie critics. Subsequently, it bombed at the box office. That is, until John Carpenter added a spine-tingling music score and Roger Ebert gave the film’s innovative camera shots and vacant, motiveless killer an enthusiastic thumbs-up. Then the movie took off. Eventually, it grossed over five-hundred and fifty million dollars and spawned nine sequels.


“Halloween” is considered an American horror classic and rightly so, but in my opinion its nine sequels were silly. (Who came up with the title “Halloween H2O – 20 Years Later”?!) The point is: the film’s sequels weren’t as good as the original. I suppose that’s the challenge every author and director faces when he or she attempts a rewrite, a sequel, or a remake of something that’s been previously acclaimed.
So what’s the magic ingredient that turns a novel into a classic? Everyone has their own theory on that subject and I’m happy to give you mine here. I believe all classics have one thing in common: they were ahead of their time. Perhaps—through decades of change and modernization—that’s what makes them stand the test of time.

What is your favorite version of a story retold? 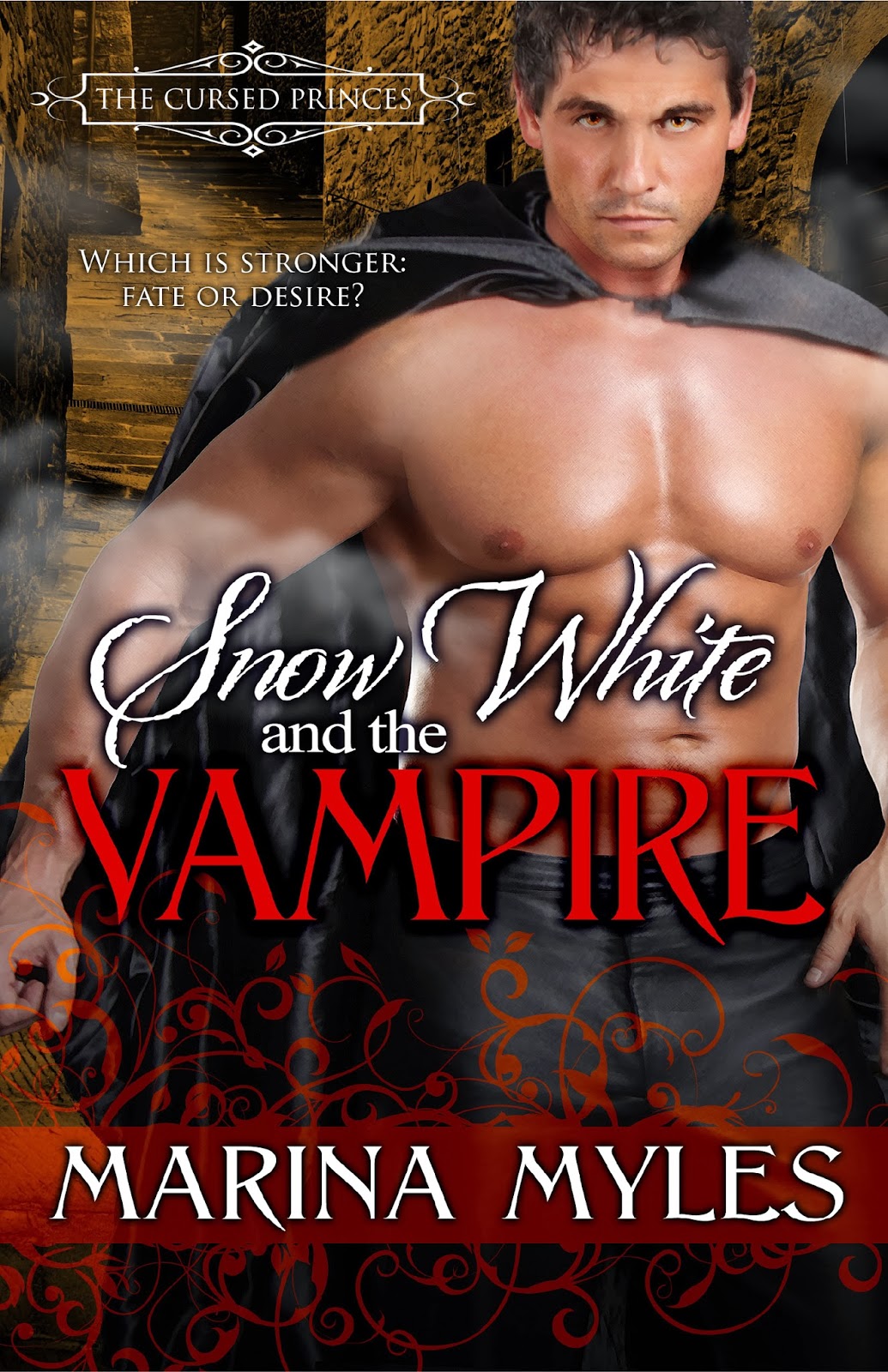 SNOW WHITE AND THE VAMPIRE
Which is stronger:
Fate or Desire?

Alba Spencer thought her past in Romania and the dark magic that haunted it was behind her forever. She is one of the first female barristers now, safe in London. But London has its dark side, too. A man named the Ripper stalks the midnight streets. There are rumors that her hated stepmother has found her again, suggestions that the nightmares of her childhood are returning. And with them appears the cursed Gypsy boy she once loved, grown into a man more seductive and more terrifying than she ever could have dreamed...

Dimitri Grigorescu has become a surgeon, a gentleman - and a vampire. The lusts that drive his body are scarcely under control, and even he does not truly know what he is capable of. To fight evil and confusion, Alba must rely on her wits - and a desire that overwhelms her doubts...


You can reach Marina at:
http://www.marinamyles.com


Posted by Brenda Whiteside at 6:00 AM

Welcome, Marina. It's a good point you make that the classics were ahead of their time when they first came out. The new and the different is what we always seem to be looking for. Any fairy tale retold in the 'modern' world works for me.

Excellent insight, Marina. I loved the original Halloween. Didn't even bother with the others after #3 or #4. (Hey, I was young and in college when we used to watch those things!) I'm a fan of the original version of movies, although I've got to say Johnny Depp is awesome in Charlie and the Chocolate Factory. Best of luck with your book!

Thanks so much, Jannine and Margo. I'm so glad you agree that if something is worthwhile, it's bound to be copied! I appreciate your stopping by :)

My favorite retelling is You've Got Mail, retold from the Shop Around the Corner. I've heard there was an earlier version, too, but way before my time.

You're an awesome storyteller :)

I love Zane Grey's westerns and the Tarzan stories. Classics are great examples of how to write

If I knew what made a classic, I would write one. But then, perhaps I already have and it will not be realized until years after my death... :)

I'm not sure what my favorite re-telling was. I loved Rodgers and Hammerstein's Cinderella, but not sure if that counts. I have loved movie remakes, such as Lana Turner's Imitation of Life, which was based on a novel. I can just talk about that movie and I cry. :)

Great blog, Marina. One of my favorite tales told over and over (in so many different versions) is Romeo and Juliet. I never get tired of that story.

You've all mentioned some of my favorite retellings! LOVE Romeo and Juliet, You've Got Mail, the Tarzan stories and the film, Imitation of Life. Guess I'm just sucker for everything old turning into something new:) Thanks so much for your comments!

I'm coming to the party a little late, but I had to say this was a great blog and it really got me thinking about what my favorite remake is. Currently, it's the television remake of the Sherlock character. No, not the BBC version but the ordinary network version Elementary. That was the first one that came to mind but I'm going to hunt for some others. Again, great blog.