Something remarkable happened to me the other day. I walked into the grocery store. Plus, once I got inside, I walked all around as well. 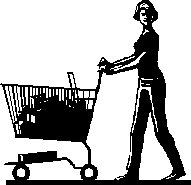 
For the better part of last year, I wasn’t able to do that. Walk, I mean. Not without a tremendous amount of pain in both knees. Even those times when I decided to grin and bear it, my right knee had developed a tendency to collapse out from under me.


My trips to the grocery store, that most basic of activities, changed drastically. I used to walk behind the cart, pause here and there, pick up items to buy – or not – and move on. Suddenly, instead of walking behind the cart, I was in it, rather on the attached bench type seat with my husband doing the pushing and, lucky guy, all the walking. A minor inconvenience to be sure. More important, I have to tell you, never had I felt so out of control. So powerless. All I could do as we moved along the aisle was sit and watch everything slide by, and call out when I wanted to stop to look at something. Occasionally, I’d hobble over to the shelf myself, but not often.


For a number of years, my husband and I would get home from work, change our clothes, grab the dog-a kid or two if they were interested-and go. Running, jogging, hiking, walking three, four or five miles, more on week ends. Rain, snow or sunshine, the weather didn’t matter. The miles did. Yeah. We were those people, I’m afraid.

Such a basic function, walking. Now I couldn’t do it anymore.


Enter the wonders of medical science. I won’t bore you with the details. My doctor prescribed physical therapy among other things, and I was all over it. Cumbersome braces one for each knee, exercises, taping procedures I learned to do myself, a series of weekly shots to replace cartilage type fluids.


Which brings me to the theme of our Roses of Prose essays this month.


Part of my PT regimen is walking backward on a treadmill up to a half hour at a time, three or four days a week. Turned out, among other things, my derriere was underdeveloped. Yeah. Never thought I’d hear that one in my lifetime, but there it was.


From a muscular standpoint my physical therapist was quick to explain.


Such a basic function, walking. One we take for granted, I certainly did. Until I couldn’t do it anymore.


This is not to say there weren't setbacks and frustrations. Baby step advances and giant step retreats. Rare, okay not so rare, bouts of whining to those who would listen. It would be nice to report all the pain is gone. However, I'm old (ahem) enough to know that isn't going to happen. Doesn't matter. I will take what I can get. 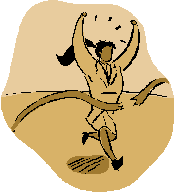 Thank goodness doing something as simple as going backward would help me be able to go forward again.

A big congratulations to you! Hopefully you'll continue to improve and go back to those miles of walking on a daily bases. I'm pulling for you!

Thanks, Jannine. Double thanks being you were one of "those" who put up with my whines.

Congrats on the improvement. It is amazing how much we take simple things for granted until they are gone.

You are so right, Melissa. I found that out first hand - rather knee.

So glad you're doing better, Margo. You know I know what you're going through. Isn't the perspective different when you're sitting and someone is pushing you around? And that person can't read your mind? Frustrating, humbling. Hope you stay pain-free for a good long time.

I'm happy you're doing better, Margo. I admire your spirit and determination. I can't imagine what it would be like to not be able to do something as simple as walking, but it sounds awful. Yes, we do take things for granted, don't we? Thank you for the inspiring and thought-provoking post. Hugs!

Diane. So very true, isn't it? Thanks for being an inspiration for me. Showing me it can be done!

Alicia. Hugs right back at you! It is amazing, such a mundane and simple thing. Until you lose the ability to do it.

Congrats on your recovery, Margo. Good for you for sticking with your physical therapy and getting back on your feet, literally.