What Inspires a Story? By Melissa Snark


Melissa Snark is our guest today. Please be sure to read to the end for your chance at a giveaway. Welcome, Melissa.

Authors often get asked: "Where do you get your ideas?"

As if there's only one source instead of many contributing factors to story genesis. Of course, some writers cite a single source or recount a scene that marches full blown into their head. However, I believe that the majority, myself included, draw on many founts of inspiration for the next new book or series.

In February 2010, I made the decision to resume writing for publication again. I had settled on a genre—paranormal fantasy—and eliminated vampires as an option. Wolves howled through my imagination. Already a fan of Patricia Briggs, I loved the concept of a strong female lead in the role of Alpha werewolf.

Getting from step 1 to step 2, from vague concept to that first scene required a setting. A family ski trip to Lake Tahoe put the spurs to my flanks. The Sierra Nevada Mountains in the dead of winter are absolutely spectacular. Against the pristine white snow, gray stone and evergreen foliage, the blue of the sky approaches eternity.

The rugged austerity of the mountains in February provided me with a place. Couldn't you just see wolves in this wilderness?  Of course, they'd be hungry wolves, because I don't imagine prey being in abundance here.

A bit of research yielded an interested coincidence. Native Americans called February's moon, the Snow Moon, or alternatively, Hunger Moon, which eventually became the title of my novel.

Of course, the scope of story continued to expand beyond just the setting but the desolate wilderness remained a central theme that even influenced my cover, which was designed by Farah Evers.

Looking forward, Victoria returns to Arizona, a place of heat and light, in Battle Cry, and setting again becomes a source of inspiration for both my story and my cover. 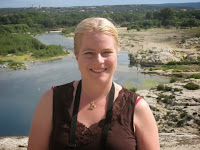 Melissa Snark is a paranormal and romance author with a particular interest in werewolf and Norse mythology. Her Loki's Wolves series combines elements of both in a contemporary fantasy setting. She lives in Northern California with her husband, three children and glaring of cats.

Melissa is having a Rafflecopter giveaway. Click the link for your chance to win:
http://www.rafflecopter.com/rafl/share-code/YjkwNjI0Nzk0NTYxZDE3MDFkNGY3NWJlNDc3MjlmOjU=/

I love hearing about how authors get their ideas. Interesting post, and your covers are awesome. Very cool that your heroine is a strong alpha wolf. Your books sound great. Congrats on your success!

Wow, those photos are stunning. And yes, I can imagine wolves skulking through the trees. I usually consider snow a four-letter word (:-)), but even I can see how settings like those would inspire the muses!

I live in Tahoe and can attest to its beauty. Several of my books have the Sierra Nevada Mountains as a backdrop! You picked a terrific setting for your stories. Best wishes with them!

Alicia,
Strong women in paranormal fic, especially in leadership roles, in a while 'nother post. :) Thank you so much for dropping by and commenting!

Leah,
The whole Tahoe area has miles and miles of rugged, gorgeous terrain. I find it really inspirational. Thank you for commenting! :)

Jannine,
Lucky you! We visit the Tahoe area a couple times every year on family ski vacations. (Sadly, not this year if this awful drought continues.) Thank you so much! :)

Great post, Melissa. I'm glad you decided to return to writing. The world needs your stories.

I am always intrigued by the write's process and inspiration - since no two or alike , can be taught or found in a book. Where a story comes from, at least for me anyway, is never the same. I've learned to not look for a story, rather, to keep my eyes and mind open.

Welcome to the ROP, Melissa! I love your photos, especially the one with the moon.

Setting is also critical for me when planning a new story. I'm a very visual writer and need to see my characters in the setting. Also, some settings just seem to demand a story - like the Sierras did for you. Good luck with your new book!

This absolutely resonated with me, Melissa, especially as I have a novella in edits at the moment that came from a visit to Grand Teton Nat'l Pk. Hope your wolves series is a howling success!

I enjoyed learning about your writing process. You know how to capture those Kodak moments, too! Best wishes with your series -

I love your pictures!

Alison,
Thank you! The one with the moon is actually the only one I didn't take. There was a credit to the original but it didn't go up with the post. And I totally agree--setting is the canvas everything happens against.

Andrea,
Do you have any photos you look at to keep you focused as you write? I periodically review images of the area so my descriptions don't stray from the actuality. Thanks for commenting!

Margo,
LOL Thanks! I'm not sure where I picked that expression up. Probably Arizona. :)

Ashantay,
Thank you! I do love my camera. :)