Looking Backward, Reading Helped Me Move Forward as a Writer, by Alicia Dean

I have been an avid reader for as long as I can remember. Looking backward, I have seen several shifts in my reading preferences. When I was very young, I loved Ramona the Pest, Pippi Longstocking, and Amelia Bedelia. I still chuckle when I think back over some of the messes these females got into, such as Amelia Bedelia being told to by her employer to ‘dust,’ and her spreading dusting powder all over the living room. But in spite of her zany misunderstandings and near-catastrophes, all was forgiven at the end of the story when her angry employers took a bite of her lemon-meringue pie (I might have a few facts skewered, but it was something along those lines). As for Pippi, I was totally in awe and a little envious of her devil-may-care lifestyle and her independence at such a young age. 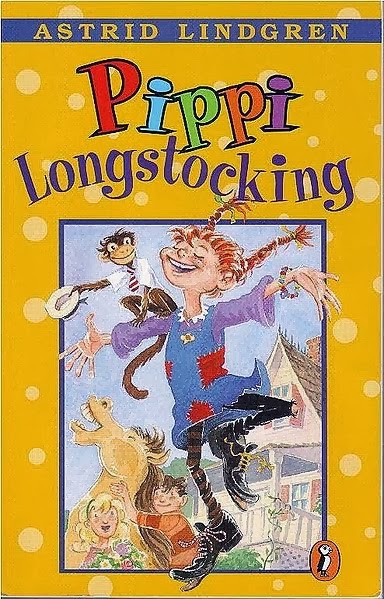 I briefly forayed into the Nancy Drew type books, but it wasn’t long before I discovered Harlequin, and I quickly became addicted. I still hold fond memories of the stories by Violent Winspear and Anne Mather that swept me away into romances where heroes were cold, yet sexy, and heroines often seemed weak, yet were able to bring these wealthy, domineering men to their knees.

Somewhere around this time, I was introduced to The Flame and the Flower by Kathleen Woodiwiss (I think I read it when I was about 12, probably a bit too young for such a steamy romance.) Not long after came Sweet Savage Love by Rosemary Rogers. These lead me into my years of reading hot, sexy historicals, but none ever had the impact of Sweet, Savage Love. The romance between Steve Morgan (be still my heart) and Ginny Brandon was filled with conflict and obstacles, and I was drawn in from the very first page.  I ended up reading SSL 8 or 9 times, and I still have the tattered paperback (with the original cover, not the updated one) on my bookshelf.

In the early 80’s, a co-worker who was a Stephen King devotee insisted I read one of his books. I thought I would have no interest whatsoever in horror novels, but I relented. In order to ease me in gently, she loaned me The Dead Zone (no monsters or gruesomeness). I was enthralled, hooked, and afterward I consumed every Stephen King or Dean Koontz novel I could get my hands on. 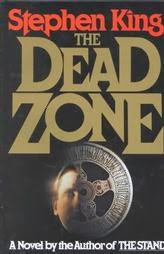 I segued into Suspense/Thriller/Mystery/Police Procedurals, which are still my favorite genre. Then I added some paranormal, and every once in a while, a contemporary romance, although I usually need at least one suspicious death in order to be intrigued. :)  Now, I write and edit so much that I have very little time for pleasure reading. I read for fun as often as I can, but it's not as often as I would like.

I will forever be thankful for those early years of cutting my teeth on reading. As I move forward, I look back on my days of reading and realize that somewhere amidst all the genre hopping, my desire to write was born. (It was born early; I wrote my first romance at age 11). Even though I took a break for several years, the desire never left, and I am finally realizing my dream: Publishing books that will hopefully captivate even one person the way the treasured stories above captivated me.

Sprinkled into the years of genre switching, I worked in several gothic mysteries. My favorites were Victoria Holt novels. With these ghostly mysteries set in remote locations as my inspiration, a little while back, I wrote a modern day gothic mystery titled Lady in the Mist under the pen name, Winter Frost. It was so, so much fun, and I look forward to writing another one before long.


What are some of your favorite books and genres of the past? What genres and authors do you love to read now? 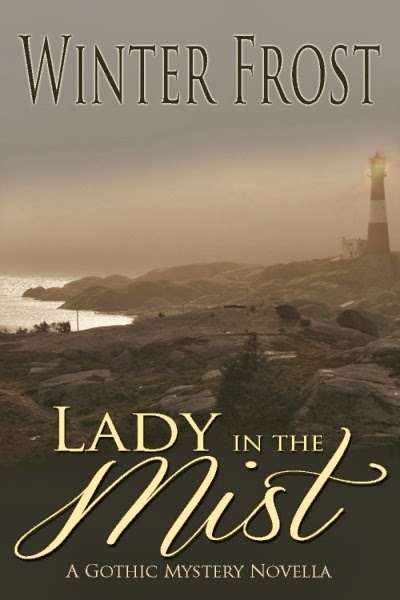 Upon her arrival in Shoal Harbor, Maine, Lily Jackson hears eerie moans that the locals claim are the ghostly cries of the unfortunate Breckenridge women. Running from loss and setback in Cincinnati, Lily needs the job as semi-psychiatric caregiver for Andrew Breckenridge, but the storm she has to weather from the oldest Breckenridge brother is severe. Clinton Breckenridge is a brooding man used to getting his own way, and he’s not convinced Lily is the right person to help his troubled younger brother.

I stood uncertainly outside Clinton Breckenridge’s bedroom door. I owed him an apology. One that hadn’t been delivered soon enough.
I hesitated, then taking a deep breath, I steeled my resolve and knocked.
He opened the door, his light blue shirt partially unbuttoned, tie in hand. His brows rose. “Yes?”
“I’m sorry to disturb you, but I wanted to apologize for what happened with Drew.”
He frowned. “As you said, I should have told you.”
“Yes, but I should have been more in tune with his feelings. Should have picked up on something. Should have pressed him about his mother’s death.”
“You had no way of knowing.”
“Maybe not.” I took another deep breath. “I think I should resign. I’m not helping Drew, and I don’t want to cause him more heartache.”
He narrowed his eyes. “Is that what you want? I thought you needed the job.”
“I do.” I needed it desperately, but not at Drew’s expense. “Drew should have a therapist with more experience. Someone who can provide the help he requires.”
He released a heavy sigh and leaned against the door jamb. “There is no one else. You were right. You were the only applicant. Besides, you have helped him. He’s opening up more with you than he did at the facility. He’s getting out of the house. This was a misunderstanding. It’s not your fault.”
I tried to hide my surprise. Not what I expected from him. But then, I hadn’t expected the gentleness he’d shown his brother. Maybe, he wasn’t such an ogre after all.
“How’s Drew?”
“He’s calm now.”
“You were wonderful with him.”
He looked down at the floor, then back up at me. “I had no idea he was there. That he’d seen her…” He broke off and compressed his lips. “I wish he’d talk to me.” Dampness glistened in his hazel eyes.
My heart ached at the show of emotion from this formidable man. He cared deeply for his brother, that much was obvious. I clenched my fists at my sides to keep from reaching out to comfort him. “He’s a troubled young man.”
A small smile curved his lips. “Young man? He’s older than you by a few years.”
“I guess he just seems young. Vulnerable.” And I’d taken him to the spot where his mother had killed herself. Had Drew heard the cries? Had I actually heard them or were they just a figment of my imagination? I looked up at Clinton. “Do you hear the cries when the wind blows?”
He snorted a laugh. “You’ve been listening to ghost stories.”
“I heard them. The moans. It sounds like a woman crying.”
“Surely you don’t believe that? I suppose you also heard that the women who fall in love with the men in my family meet with a tragic end. Do you believe that?”
“I’m not sure what I believe.” I tried to keep my tone light, but didn’t quite pull it off. “Just in case, I guess it’s a good thing I’ll never fall in love with you.”
“Because you love my brother?”
My brows rose. “Of course not. He’s my patient. You mean because of that one little kiss?”
He smirked. “Was it, Lillian? Just one little kiss?”
The words seemed infused with meaning, although I couldn’t grasp their significance. His face was shadowed, the faint light behind him making his eyes look iridescent. The air between us grew heavy with tension, and I struggled to catch my breath. Without realizing I was doing it, I stepped closer. His chest rose, then fell with an expelled breath.
When he spoke, his voice was a hoarse whisper. “You should probably leave. If you don’t, I’ll invite you in.” With a hint of reluctance, he added, “That wouldn’t be a good idea.”
I swallowed against the knot lodged in my throat and gave a jerky nod. “Goodnight,” I said, not moving away.
He stared at me for a moment, neither of us speaking. Or departing. He lifted a hand and ran his thumb down my cheek. His touch was warm and electrifying. I shuddered.
He dropped his hand and heaved another sigh. “Goodnight, Lillian.”

Oh good. Someone else who envied Pippi Longstocking. Shanna was the book that got me hooked on romance for all time. And SSL? Of course!

Because I read Lady in the Mist, I wondered when you would mention Victoria Holt. LOL When I was a kids, I read Anne of Green Gables, Pollyanna, & every one of my mom's Nancy Drew. In my 20's I discovered Phyllis Whitney & Victoria Holt then the master (mistress) of gothic romance Daphne duMaurier. Then I got hooked on romances and, holy cow. Flame & the Flower & SSL--whew.

This is easy to answer--I read everything Diane did!

I think I read everything Phyllis Whitney and Victoria Holt wrote. I was in awe of their stories. I still am. Great post!

I had dozens and dozens of Nancy Drew books. But I kept wanting her to do more than hold Ned's hand, so I moved on to Harlequins and (horrors) Barbara Cartland. Yep, I read Woodiwiss and Victoria Holt. How about Mary Stewart--remember her. I still have most of hers in tattered paperbacks. And Barbara Michaels--loved her books! Great post to bring back some wonderful memories, Ally. Nice excerpt, too!

Yes, Margo...I LOVED Shanna. That was one of my faves too. I also went through a phase of reading Frank Yerby and Louis L'Amour. Lots of others came and went, now that I think about it. And thanks for the compliment on the excerpt. :)

Well, I finally got around to Victoria Holt, Diane. :-) It's funny how many of us loved Flame and the Flower and Sweet Savage Love. Whew is right!

Thanks for stopping by, Liz. I guess Diane did make it easy for you. :)

Thanks for stopping by, Liz. I guess Diane did make it easy for you. :)

Thank you, Vonnie. Yes, I failed to mention Phyllis Whitney. She was another who wrote wonderful gothic mystery romances. I haven't read one of hers or Victoria's books in ages.

Thanks, Jannine. I'm glad you enjoyed the excerpt. Yes, I remember Barbara Cartland and Mary Stewart and Barbara Michaels. I was carried away to another world and inspired by so many fabulous authors over the years. It's fun reminiscing. You're welcome!

You read the same first two romances that I did! Great minds... :-)