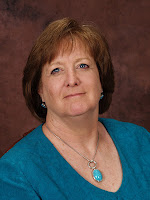 Night Stars and Mourning Doves is newly contracted and soon to be released from the Last Rose of Summer line of The Wild Rose Press. It’s for their Dearly Beloved wedding series.

Since I don’t yet have a copy of the book to offer, if you’d like a chance to win a $10.00 gift certificate from The Wild Rose Press, please read the following and leave a comment.


The first thing I did was create an idea, a proposal.

He’s come home with his young son to heal after losing his wife and an unborn daughter. She’s struggling to forget a past littered with neglect and abuse. When his brother and her sister decide to marry, the hero and heroine reluctantly become best man and maid of honor with the responsibility to assure that their siblings have the proper ‘send-off’ to a happily ever after future. Because a happily ever after kind of future will never happen to either of them.

Using excerpts from the newest draft of the manuscript, I’d like to share a bit of my writing process with you.

Step number one was to introduce the two main characters.


Eric and His Issues

Iris Matthews was known for speaking her mind when she thought it was warranted. Especially in matters concerning her offspring.

‘You need to go on for Jay.’ It was the second thing she told Eric when he arrived on her doorstep, heartbroken and hopeless. ‘You will get through this and learn to enjoy life again. Maybe find someone to share your future.’

That had been her opening promise and Eric hadn’t had the heart to tell her how very wrong she was.


Elyse and Her Issues

Beginning at ages twelve and fourteen, the girls were raised by an aunt who provided only the basics—those legally required by the trust which paid her lavishly—but nothing more. To her credit, the woman was pleasant enough just distant and it seemed to two young girls, incapable of love. It wasn’t as if her nieces were abused. For Elyse, such things never came at the hands of her aunt.

Step number two was to provide some insight into what each of these main characters think of each other.


His First Impression of Her

Tall and slender with a model’s form and stature, this one was nicely curved. Her long ash brown hair was pulled into a ponytail in back with soft bangs sweeping across her forehead. Green eyes beneath thick lashes lit up a face more attractive than any he’d seen or cared to notice in quite a while.


Her First Impression of Him

Those blue eyes of his some women might consider dreamy. To Elyse, they appeared sharp and unsettling. The rest of his features were surprisingly unremarkable. His nose and mouth could definitely be classified as average with the lips possibly larger than they needed to be.

The dark hair, worn short and combed to one side, contained just enough grey to give him an air of, not sophistication, more like character. So why did the entire package form into one remarkably attractive man?

Step number three was to show why these two feel they are wrong for each other.


Why He Can’t Become Involved With Her

He circled one wrist with his thumb and forefinger to stop her. “Aren’t you going to tell him goodbye? For now?” Without thinking about it, he intertwined their fingers. “He’ll be disappointed if you don’t.”

“Okay. But just for a second. I don’t want to bother you.”

“Trust me. There’s no chance of that.”

In place of an answer, she loosened her fingers from his and drew her hand away. And he had all he could do to not reach out to grab hold of her again.

That was when the adrenaline drained out of him for good, reality set in and he reminded himself this woman was married.


Why She Can’t Become Involved With Him

The smile she returned was weak, but all she had. She could tell all right. No man had a right to smell so—inviting. With another scolding at the only word that came to mind, she stole a glance his way. Or look so damned appealing when they dressed in shorts and a sports shirt.

Wanting to reach for his forearm, her hand twitched. She held it back. Rule number one of the new standards she lived by. No touching. She needed to remember Vince could be a good guy too when and if he wanted to be.

Step number four was to bring them together and show that they had some things in common.


Maybe We Are Right For Each Other After All

“Thanks again for the ride.”

Her gaze moved to the fingers so very close to her throat but she didn’t pull away. When she glanced up, his gaze joined hers and they smiled. “Along with the friendly advice?” She blew out a breath that glided over his chin. “Both are free.”

She was the one who didn’t hold on. When her eyes lowered, her head did too and her cheek rubbed across his knuckles. The connection nearly did him in as the strength of too many feelings to process at one time charged around inside.

“And available any time.” The vibration of her words sent a tingle up his arm as if in search of his heart.

“Are you sure I wouldn’t abuse the offer?”

“I’m pretty sure you aren’t the abusive type.” Emotion shone in her eyes, but now he had an idea about its source. “In fact, I’m sure of it.”

Gaze locked with hers, he cupped her cheek. “It’s nice to know I have a friend.”

“I’m very good at being that.” She pulled back until his hand dropped away.

The spell broken, he slid back to his side of the car.

Step number five was to prove that they’ve fallen in love.


Yes We Definitely Can Do This

Gentle fingertips traced over his forehead and along the outside of one eye then moved down to cup his cheek. “You look tired. I’m guessing you didn’t sleep all that well last night.”

He moved his head so his lips could cover her palm. “I was afraid if I stirred around too much, I would hurt you.”

“The doctor said I’m badly bruised, not broken.” She brushed her lips over the warmth of his. “Anyway. Something in my heart tells me you’ll never, ever hurt me.”

“Smart woman. Listening to your heart and all.” His mouth sought hers with a hunger that assured her, without a doubt, hearts don’t lie.

Step number six, the final phase in writing this romance was to show the happily ever after moment. Which I would do here, but seeing that the book isn’t out yet, that would be giving away the ending.

Hmm, I've never really thought of the process of my characters falling in love in such concrete steps. I just go at my stories from a plot point of view and hope for the best. I may have to try this. I have a sneeking suspicion my WIP needs help!

Very interesting process. Thanks for sharing.

We're all different in our approach to how we create stories. I have to say, sometimes for me, dumb luck plays a big part in the process.

You're welcome. And thank you for stopping by. Always appreciated.