Comment & You Could Win a Copy of The Book! 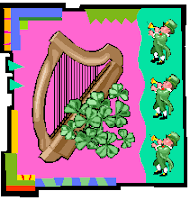 While living in Ireland I took a course to qualify as a private investigator – my, what I won’t do for my art <g>! Anyhow, this was research for a completely different book idea. But I noticed that there didn’t seem to be a single woman PI in the country, and not really an awful lot of police women, either.


So I got to wondering, like you do: how would a woman make a living at private investigation if so many doors were closed to here?


And Ciara Somers, Heroine of Winters & Somers, was born!

Ciara actually wanted to be a policewoman, but her interfering – and very rich – grandparents “protected’ her from such an unseemly life by whispering in other influential ears.


After her first few jobs, mostly helping old ladies find their cats, Ciara finally finds her niche – she takes commissions to test the seduction temptability quotient of other women’s boyfriends/fiancés/husbands to reassure their suspicious or insecure women. That is, she goes out and tempts the guys to see if they’ll stray – then scarpers before they take her up on the offer!


It works well until she makes a horrible mistake and runs afoul of sexy New York Homicide cop Jonathon Winters – who’s also a bestselling, sexy author of wild romance novels (but don’t ever tease him about that!). Winters is in Ireland on sabbatical to write his latest novel, but it seems he left his Muse at home. Until he clashes with Ciara, Then he decides to show her how to run a proper detective agency.


At least she restrains herself from biting him – although biting in some form sounds like a fun thing to do with the delicious Det. Winters.

Throw into the mix a diamond thief, a whacky grannie, two rich and misunderstood grandparents, an eccentric landlady, a pregnant friend, a pampered MG sports car, and a Guinness drinking dog and you have a plot which allowed me to put Irish dialogue, humor and characters to hilarious use. Winters & Somers is one of my favourite books!


“Myself, I think I rather fancy the little vintage MG – the red one over there.”

It happened every time. Guys got a look at the sports car, and this drooling expression came over their faces. She wished she could have the same effect.


“Jeez, that’s just gorgeous,” Winters said, drawn towards the car as if on an invisible string, “Such a fabulous restoration job, too.”


“Yes, it is."  She enjoyed the expression on his face as she slipped behind the wheel. The powerful engine purred to life at the touch of the key, and Cíara gave Winters a gracious little wave as she shot off down the driveway, spurting gravel all over his shoes.


She might have won that round, but Winters was a cop and a writer, which meant that he knew a thing or two about persistence. He had something he wanted to discuss with her, and he was damned if he was going to let her get away with swanning off like this. And he’d really like to know how she came by that fancy car….


It took a few minutes, but she finally became suspicious of the headlights that followed steadily behind her. Slowing down a little to get a better view of the vehicle behind, she swore loudly and long, words that would have had Grannie Somers washing her mouth out with soap and water, and Grandmother Henley in a dead swoon on her polished oak floors.


She didn’t stop, though. She assumed Winters was still staying in the swanky Dublin hotel where she’d taken those ill-fated photographs, so he did have to return to the city, Maybe he’d get bored of following her once they got into the traffic.


But it was a forlorn hope. When she finally found a parking spot on Grosvenor Square, he pulled up right alongside her, boxing her in. “I’d love to come in for a coffee, but I don’t want to block the street and parking’s bad,” he told her as if she’d actually invited him. Then he pulled out a crumpled piece of paper from one of his immaculate dinner jacket pockets, ”I found this on your desk at the office, and thought it was really serendipity. I’m looking for a place to stay when I’m working here, and you’re looking for a flat mate. Perfect, eh?”


Cíara nearly choked on the words that struggled to climb out of her throat. When she was finally able to put them in order, she croaked “You’ve got to be joking? This stupidity is why you followed me home?”


“Partly. Partly I wanted to see you safe back. It’s not good for a woman to be out late and alone, especially in a vehicle like that. It’s not exactly invisible, is it?”


Speaking slowly, as if to a young child, she said “I am a big girl. I can stay out late if I want, and I can handle any Neanderthals with the wrong idea. Including you! Now, stay out of my way, out of my flat – and preferably, out of my life!”


“I wonder if your good buddy Frank O’Keefe will see it that way?” Jonathon said casually.


“What? Are you still on about…I thought we had a deal….”


“But now you want my flat. You want to take over my life….” She knew she was squawking, but couldn't help herself.


“Nonsense. The partnership is good for both of us. And as for the flat, I’m looking for someplace for a few nights a week. I don’t care for living in hotels. And I need to spend time at the cottage in Dunmore East, as well – so you’ll hardly know I’m there!”


She slumped back in her seat. She knew when she was outgunned, but did he have to make it all sound so reasonable? Slowly she got out of the car, locked it, and walked, shoulders slumped, towards her own front door. He fell into step beside her, slipping an arm around her. “You must find it chilly, wearing so little in this breeze,” he excused himself. She didn’t even have the energy to shrug him off. From her grandmother on the phone first thing, then Winters’ rearranging her office and making her impossible bets, Mary Margaret's lunchtime revelations, Harry’s behavior, the dinner party, and Wallace – now this! Her day had been a total washout. Besides, his arm was warm….then she had an awful thought.


“You’re not wanting to come in now and look around, are you?”


“Nah, I’ll give you time to get your underwear off the shower rail. Tomorrow morning, early – before office hours.”  He watched her climb the stone steps and insert the key into the huge door. She felt his eyes on her and grinned as she remembered the short skirt would give him quite an eyeful as she reached the top of the tall steps. She gave a little provocative hip wiggle before slipping inside the house, and had to admit, against her better judgment, that his presence did feel safe. Not that she had ever felt under threat, coming home alone late at night. At least not that she would admit to, anyway. After all, if you start to feel like a victim, you are a victim, her martial arts instructor had told the class. And no granddaughter of Grannie Somers would ever be a victim. 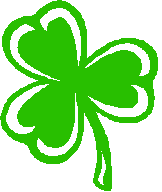 What a really terrific sounding book, Glenys! Love the humor.

What a great idea! Anything from Ireland I love. Sounds just like a book I would love to read.

I enjoyed your post and exerpt very much. I love humor in books. I'm allowing myself to write more and more humor. Don't know that I do it well, but you certainly do.

Great book idea, and how fun taking a class in PI-ing! Loved the excerpt too.

The first sentence of this post just floored me. Wow. What an interesting and fun thing to do and living in Ireland just topped it off. Great post and excerpt!