Milestones…the times in our lives when we sit back and take stock of what we’ve accomplished—and what we have yet to achieve. I had one yesterday. The big 5-0. It’s a bit daunting, knowing you’ve lived for half a century. I’ve been mulling it over for a while now as the day approached, wondering if I’m where I want to be both personally and in my writing career.

Turning 40 didn’t bother me at all. Probably because I had a three and a five year old, and simply having an adult conversation felt like a major achievement. LOL The last time I remember thinking in terms of life goals, I was thirty-two. I told my then boyfriend that my five year plan included marriage, owning a home, kids, and publishing a book. We’d been together for five years, so it was a “fish or cut bait” conversation. We got engaged, bought a lot and built a house, and were married later that summer. Both my daughters came along within the next three years. So that left THE BOOK.

Getting published didn’t happen in the five year span of my goal. Those were the days before digital publishing and small presses. I did have an agent, got positive feedback from several big publishers, but no contract offers. After baby number two, my writing time went downhill fast. So, it wasn’t until my youngest was in school that I wrote the book that eventually sold. Victim of Desire was published by The Wild Rose Press in 2010. Since then, I’ve published four novellas with TWRP and a second full length novel with another small press. I have a third novel, A Deadly Love, scheduled to release in August.

So, back to my original question. Am I where I want to be personally and in my writing career as I hit the big half century mark? Personally – yes. I live in a beautiful place, . I’m still married to my husband. (Apparently my proactive approach all those years ago was a success, ladies. LOL) My girls are happy and healthy, even if they do come with a lot of teenage attitude! Money’s tight in the current economy, which leads me to my writing. All those books published with not much more than pocket change to show for it. I’m thrilled to have produced what I feel are quality stories. I’m exceptionally pleased that reviews for my books have been favorable. But, my new five year goal is to actually SELL books.

I think many of us are in the same boat. In fact, that baby must be a giant ark to fit all of us who qualify! I adore the editors I’ve worked with at TWRP (three so far.) I love the professional treatment, respect, and encouragement I’ve received. But sales are discouraging, even with increased promotional efforts on my part. So what’s an author to do? 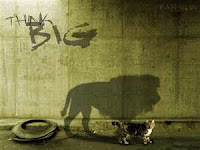 I’ve decided to be proactive and diversify. I just finished writing (and editing to death) a historical romance that is an old fashioned, sweeping saga full of trials, tribulation, and triumph. I’ve queried a couple of larger publishers, hoping my publishing history will at least get my manuscript read. If this fails, I plan to shop it to agents who can approach the other biggies. My theory for this book is THINK BIG. Then there’s the other big fish out there – the indie market. I’m currently working on a series of three novellas that I plan to publish independently. Series seem to be successful in the indie world, so I spent quite a bit of time coming up with a premise that I think will fit into that increasingly huge market. That’s my game plan. And I’m sticking to it! LOL 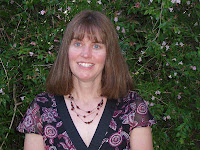 I’d love to hear what you all think. For those of you who’ve chosen the path of diversity, has it worked for you? What are your five year plans as you hit the milestones in your life?

All my books are available through my publishers, Amazon, and Barnes & Noble. Links are on my website.

Email ThisBlogThis!Share to TwitterShare to FacebookShare to Pinterest
Labels: 50th birthday, A Deadly Love, Jannine Gallant, Milestones, The Roses of Prose Where Romance is Never Out of Season, Victim of Desire

Jannine,
I hit the big 5-0 last year. Birthdays never bothered before that one, but its not that bad. Good luck with your goals and happy birthday!

Thanks for that interesting post, Jannine - I've just been hearing of a few authors questioning their sales and future plans. I'm going to a big UK writing conference in a couple of weeks and looking forward to one of the sessions: How to get to Where you Want to be - hope it gives me some answers!

Great goals, Jannine. Compared to you I'm very new to writing, and a decaade older (oh dear), but my 5 year plan reads much the same. Sell books! Good luck with all those projects.

Jerri, thanks for the birthday wishes!

Rosemary, sounds like an informative topic. I hope you'll share what you learn with us. I know I'd love some pointers!

Nancy, you'll be surprise how fast the projects add up. It's only been 2 years and 2 months since my first book came out. You'll feel like a pro in no time. Best of luck to you, too!

Jannine, I'm a few years past 50 but our writing goals are nearly identical. After several western historicals, I have a sharp, snappy contemporary finished that I hope may lead to something bigger than the sorry sales I've experienced thus far. Like you, I'm going to try the agent/big publisher route. However, because they're almost paralyzed with fear these days, I'm also toying with the idea of self-publishing. It's not my first choice, by far, but I feel like it's time for something more to happen.

Alison, I submitted to Sourcebooks and should hear back by the end of the summer. They accept unagented manuscripts, so I thought I'd start there. Please keep me updated on your progress. It is a quandry figuring out the best move!

Congrats on your milestone b'day. As my f-i-l used to say, it beats the alternative. My goals are like yours--sell more books, make money. Greedy? No. When we produce something, we should get paid for it. All the best on accomplishing your goals.

That historical will be your breakout. I just know it. As someone who went gung ho on my writing only to put it away for twenty plus years, I can relate. Although it is good to know there are many riding in our boat. Nice to have the company, at least. Okay, truth, my 50th was over a decade ago and I remember doing the same soul searching.

Great post Jannine. Here's to your indie venture AND your submission goals!
After twenty plus years of submitting to NY editors and agents, I was thrilled to see indie publishing come along. Talk about "fish or cut bait"!!! Putting your work out there really tests your mettle as an author! But the results are gratifying, even when the first year is modest, because you know you are reaching readers directly.
Wishing you great success!!!

Diane, I couldn't agree more. We should see financial success when we put out a good product!

Margo, thanks so much for your support. I'm keeping my fingers crossed for all of us in this boat.

Regina, I'll be picking your brains about the indie venture as soon as I get my series of novellas written. I know you'll be able to give me great advice!

Jeannine, congrats on the milestone birthday. Turning fifty didn't bother me so much; for some reason turning 30 was the one that got me in a tizzy!

About your goals; I so relate to everything you're saying. Like you, I work hard to create a quality product. But I'm spending more on my writing then I'm actually making. Like Diane said, we just want to compensated for what we produce.

I've been thinking about taking some of the same steps you are. Best of luck, and let us know how things turn out.

Jana, I'll definitely let you know what happens, though I don't expect to see results for months to come. That's part of the problem. Everything takes so long! Thanks for the b-day wishes.

Jannine, I'm so far beyond fifty, that if I made a U-turn to go back, I'd get lost. I'm agented and won't let her submit to anyone but TWRP. I love the treatment I get there. My agent wants to move me up to larger pubs, but that means going through rejections again. And I'm just not sure I'm secure enough in myself as a writer yet. My debut book's only been out for a year, so I'm still kinda new at all this--and yes, a little thin-skinned, age spots and all. Hon, I'm in your corner, wishing you luck. Your writing shines.

Thanks, Vonnie. I know what you mean. It is easy to stick with the familiar where you know you'll be accepted. It's super tempting. But I have thick skin, so I can take a few punches. LOL If Sourcebooks gives me the "thanks but no thanks" speach, I'll chat with you about your agent...

I'll be sitting in the 5-0 boat later this year, Jannine and have to say I am not where I want to be in any aspect of my life- other than still married to my darlin hubby after 29 years and mother/grandmother to seven of the most wonderful females on earth (son in-laws ain't bad either)- But me personally? Not really. I'm working on it. :)

Calisa, it's a b-day that makes you think, that's for sure. Best of luck with all your personal and writing goals, too!