I believe that in order to write a memorable story, one must be part artist, part scientist, part craftsman, and part magician. And for historical writers, it helps to be a time-traveler too.

I owe my love of historical fiction to my 4th grade teacher’s reading list, beginning with The Silver Chalice, and my love for the American historical to Gone with the Wind. Those characters were so real, their world so “present,” I devoured every historical novel my reading level would allow. And as I grew up with the wonderful old Westerns on TV, I imagined myself in every show, certain I’d been transported from the past via The Twilight Zone. When I finally realized I was indeed born in the 20th Century, and couldn’t travel through time, I did the next best thing. I read old books.

They seemed to find me. The first one to reach out was the hundred year old, thirty-pound family Bible sharing space with the insulation in our attic. Besides 1800 pages filled with frightening illustrations, I found flowers, wedding invitations, obituaries, Sunday school papers, locks of hair and pictures of long-dead ancestors, all lovingly pressed inside the sacred book. When I was around ten or eleven, and for a reason I simply cannot remember, my dentist gave me an 1835 edition an American military tactics manual.

Shortly after that I hit the mother lode while exploring the junk stored in rafters of our garage. Inside a beat up old metal trunk with my great-grandmother’s name stenciled on the side was a stack of old books my grandfather had bought at an unclaimed freight auction. They were smelly, brittle, tattered, really-old-books, including a Civil War soldier’s pocket manual. Most of them dated from the late 1800’s to the early 1920’s and I couldn’t get enough of them. My mother wouldn’t allow them in the house so I read them up there in the steamy-hot rafters until my father took pity and brought them down to the garage floor. And there they stayed, until I got married and hauled them around the country to thirteen different basements. Now and then, I’d pluck one out and revisit an old friend.

My Passion’s Legacy Series was actually inspired by one of those books. Written in 1873, Seven and Nine Years Among the Comanche and Apache was a first-hand account of a husband and wife separated on their trek West and held prisoner in two different tribes. I put that together with a collection of Civil war diaries and letters that hadn’t been checked out of the library in thirty years, added a hidden treasure, and wrote Passion’s Secret. Book two of the series, Passion’s Spirit, was also born of that old trunk. The great-grandmother whose name was stenciled on the side was an Ojibwa Indian, and I was fascinated by the Native American culture.

For historical writers, those old books, diaries, letters, postcards and sepia-toned pictures in oval, “faux” tortoise-shell frames lurking in dusty attics and garages speak to us. We go back in time the moment we touch the yellowed pages that crackle as we turn them. And as we squint at the faded Carter’s ink to read penmanship that once defined a person’s social class, we enter their world. It’s the next-best-thing to being there, and sometimes, it’s hard to come back.

For all you historical writers—and readers, I wish you safe time-travel.


Not even Georgia’s founding family can keep its secrets hidden forever.


Follow the lives, loves—and haunting secrets of four generations of one of Georgia’s langesford family. From the heart of the French Quarter in New Orleans, to New Mexico’s sacred Taos Pueblos, and the jungles of Cuba, this amazing family takes life and love to the limit, and never looks back.

Meet the people who demanded their stories be told, baring their secrets—and sins to the world:

Flora DeBoucher, the beloved quadroon servant from New Orleans whose secret enslaves her.

Camilla Langesford, who pays dearly for trying to escape the faded dream that was “The South”.

Patrick O’Grady, haunted by the sins of his father and searching for the treasure of a lifetime.

Sean O’Grady, whose untamed spirit yearning for the freedom of the West could get him killed.

Lily O’Grady, the musical prodigy with dreams of becoming the next Lily Langtry, but must help free a nation first.

Tempered by war, betrayal, love and loss, this brave and passionate family risks everything for love and leads us through the physical and cultural expansion of our great country—into a new century. 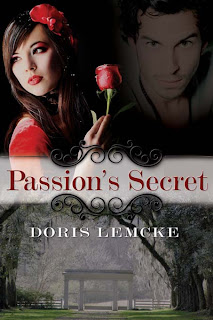 She’d never give in…Camilla Langesford has no intention of letting her ailing father’s Yankee partner steal their plantation. But Patrick O’Grady isn’t like other carpetbaggers. Claiming to be a soft Northern businessman, his powerful body, brooding Irish temper and pewter-gray eyes speak of a dangerous past. And his soul-searing kisses melt her frozen heart—until a deadly secret shatters it.

Excerpt
Patrick talked to her from the other end of the pool as he washed, his deep voice young and carefree. “I've heard of hot spring pools, but never thought I’d enjoy one in private with a beautiful woman washing my clothes,” he chuckled.

“Just your shirt, Mr. O’Grady, and this is an emergency situation.” But Camilla couldn't forget the sight of his bare chest, the corded muscles defining his strong arms, or his soft voice when he’d called her beautiful. Suddenly, she ached to reach out to something, or someone.
But certainly not a Yankee! She shouldn’t have brought him to her secret haven where she could lay on the fresh grass and dream of far-away places. Now, the position of the sun told her it was well past luncheon.
“You better hurry,” she called. “Or we'll be late and my honor will be severely compromised.”
“We wouldn't want to do that, would we Camilla?” warmed her ear, and her neck tingled from the caress of his breath. She turned to meet his smoldering gray gaze and wide smile. A heartbeat later, she was in his arms, her palms resting against the still-damp, curling hairs on his chest.
Her heartbeat quickened at the feel of his warm, moist skin against her fingers, his strong thighs pressing against hers through the thin, cotton dress. And when he kissed her, his lips suckled hers, top lip first, then the bottom, while his tongue tickled them into a smile.
She knew she should stop him, but the heat that spread though her body wouldn’t be denied. She’d never felt anything so...right. With her eyes closed, the curves of her body molding against the sharp angles of his, her hands slid up the rugged landscape of his chest and her arms wrapped around his broad, sinewy shoulders. Then her lips parted to taste him. 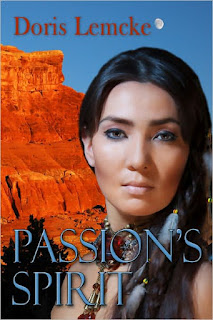 Untamed Hearts, Worlds Apart
Raised by Santa Fe missionaries, half-Apache orphan Elena Santiago has vowed to avenge their murders the Apache way. But first, she must masquerade as a white woman to deliver a dangerous message across the country, into the land of her enemies. But more dangerous than the warning she carries, is her heart’s response to the untamed spirit behind Sean O'Grady's smoky grey eyes in a body that reminds her more of an Apache warrior than a soft, white “gentleman”.

Sean O’Grady has always dreamed of exploring the Wild West, but at twenty-five, he’s put aside his dreams to run his family’s Georgia plantation and wed his neighbor. When Elena arrives looking and speaking more like a Spanish lady than an Indian mission girl, he wonders if she's really who she say she is. Is she a virgin or a vixen? The question taunts him as he struggles with feelings he’s never felt for a woman before.


Feelings that could get them both killed.
Excerpt

When Sean pulled away, Elena looked into his eyes wondering, is this what love feels like, or is it only lust? She decided that nothing as beautiful as the moment they’d just shared could be evil. But it could never be love, either. She had felt his passion press against her and ached for him to fill her. Now she was grateful that he hadn’t. They were from different worlds that still warred against with each other. He could never survive in her world and she refused to live in his.

As if he read her thoughts, he leaned into her, whispering so close to her ear that it could have been a kiss, "Why can’t you be Mary Louise? And I the Apache brave who will eventually claim you?” Then he turned to stare at the stream that patiently followed the course nature had carved out for it.

The question echoed in Elena's mind. For a moment, his heart had matched the rhythm of hers. The curves of her body had melted into the angles of his as they breathed the same breath and tasted each other’s souls. For a moment, they had truly been one body and one soul.

Now separated, the chilly breeze that stirred the pine needles at their feet told her that when she was with him, even angry, she was whole. And though he changed his moods faster than the mountain gods and was promised to marry a weak and silly white woman, part of her would always belong to this loco Gringo.

She also turned her gaze toward the river. "We can only be who we are." 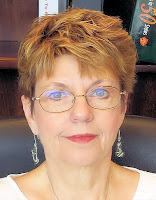 www.dorislemckeauthor.com
Posted by Laura Breck at 12:00 AM

There's something about old books... I love them. Your series sounds terrific, Doris.

It's always important to maintain our links to the past. These books sound great, Doris.