I’m so excited! Love the new look. So happy to have all our new Roses! Welcome! Where Romance is Never Out of Season. This is going to be great! I love our new...everything!


So we are supposed to introduce ourselves. Let you get to know us. I thought about this for a while. I have decided to give you a little insight into what inspires me to write. Oh, I am like most I believe. I have wanted to write since I was a child. Got side tracked a tad with life in general, but I believe that everything we go through gets us to where we’re supposed to be. So, it just took me a little longer to become a writer.


The question becomes what inspires a story. For me it starts with an idea. What if? Then I let it blossom from there. I don’t use an outline. Can’t. My story doesn’t flow if it’s tied down. I love history. I guess it explains why I write historical romances.

So then what inspired my paranormal book, Dream Walker? First, let me correct a misguided belief by my mother that it’s not her autobiography. No, she hasn’t read it because the heroine has her name. For whatever reason, she thinks I based, my heroine, Ramona, on her. The truth is unless my mother is a demon fighting superwoman that I know nothing about, it isn’t about her. I just happened to love her name (love her too).


So my inspiration for Dream Walker? I love paranormal stories. There is nothing better than a good ghost story, but to be honest Dream Walker came about because of an experience I had.


Have you ever had something happen to you that you can’t explain? Something that you couldn’t forget? I did. Once a long time ago after the birth of my daughter who is in college now. I’ll never forget it because it seemed so real.


I remember my daughter was a baby, no more than six or seven months. My husband was home and I went down for a nap in the afternoon while she was sleeping. At that time a young teenage girl had gone missing in the state. A terrible situation. The police thought she had been abducted and taken out of state like another recent case. While I was sleeping, I had a dream, a terrifying dream. I remember it was in color. I have never dreamed in color before or since. I saw things, vivid things. I saw a young girl with her sister playing, smiling at me. I saw flashes of scenes of a man watching a school bus parked on the side of the road; I saw the girl riding a bike to a graveyard and crying by a grave; I saw a man calling that girl over to his garage. Then I saw a hand in the ground. It looked like I was in a cellar of some sort. Then I saw her and felt an overwhelming sensation of peace… 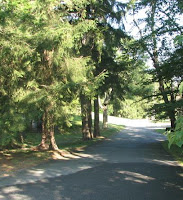 I woke up scared to death. My husband couldn’t calm me down. I told him about my dream. Everything. I told him I thought it was that girl that was missing. He told me (just like I thought at the time) I was concerned about the girl. It was natural to have a dream like that. The picture of the girl was all over the news. I went to work the next day and told a couple of co-workers all the details. How real it all seemed.

Let me explain something before I go on. I’m not from . At the time, I had only been up here a few years. I couldn’t tell you much about one town from another. Another fact, where I’m from we don’t have many cellars or basements, but if you did, it had a concrete floor, not necessarily here in the older houses of .


A few days later the State police found the young girl’s body in the basement of her neighbor’s house. The young girl’s father had died the year before and she visited her father’s grave almost everyday. They believed that when she came home from one of those visits that her neighbor called her over to his garage. They found her buried in a shallow grave in his cellar.


Okay. Okay. My husband explained it all to me. I had figured it out. He told me I watched too many cop shows. That’s all. Except it felt so different, so real. But what are you going to do? I think my husband was afraid people would think I was strange. So I didn’t say much about it after.


Years later we moved to a different part of the state and I started a new job. For the first time I worked the overnight shift. One night on break we were talking about strange things that happened to us. I told my story. One of the girls I was working with told me that she knew the family it happened to. Did I know it happened the next town over to where I lived now? I didn’t, but I then I began to wonder. The dream seemed so real I could still picture it in my head. 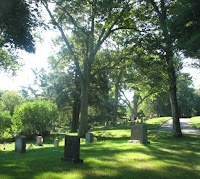 One day not long after, I was out shopping with my two youngest children not far from the town. So, I told them we were going for a ride. They asked for what and I told them. They laughed at me. Silly. I know. Basically, I was looking for what? A dream? Then my oldest girl asked me again what I was looking for. I told her again, a church with a road going down a hill to a graveyard. She pointed. “Like that?” Within minutes, I drove into a graveyard and up to a grave I had seen in my dream. Along side of that grave was another; the girl’s.


I don’t have an explanation for it. I don’t know why it happened, but I do believe something did. I’ve never had another dream like that. Sometimes I remember that sense of peace that overcame me at the end of the dream. Sometimes I think it was to let the girl’s mother know she was okay. If it was, I didn’t do a good job on that. I think the woman would have thought me a nutcase for sure. So instead I wrote about it. The inspiration for Dream Walker.


Now you know a tid-bit about me that most don’t know. I can see my husband cringing now.

Posted by Colleen Connally at 1:00 AM

Hi Jerri,
Great post. Ooh you had me breaking out in goosebumps.But they say truth is stranger than fiction.

WOW! I loved that experience! I too had goosebumps reading it. There are things at work in this universe...

Jerri, your story is intense. I'm such a believer in out of the normal experience, so loved it.

Hi Jerri,
How personal a story! I also have experienced several events I don't talk about much. No one believes those either. thanks for sharing. I'm looking forward to reading your book.
Barbara

Wow, what a shivery story. If your book is half as good... LOL I'll have to check it out. Ghost stories are always great fun. I've thought about writing one, but haven't gotten to it yet! Great to get to know you better, Jerri.

Jerri, that is amazing. Goosebumps all over me. I recently had an experience like that and it still haunts me every day. Thanks for sharing!

What a great post. Many people have similar dreams or visions that are true. You obviously have an ability that you've suppressed since. My daughter has similar experiences, but has never told the police. She's never certain enough of location.

Hi Jerri of the scary dreams. Too real to be made up, that's for sure. Yes, things like this happen. Sometimes we just get a feeling; we can't explain it, but it's so real it can't be ignored. We need to keep our spirits and our hearts open to things. Unfortunately the world jades us.

I hesitated to write this blog. It happened so long ago, but like I wrote its something that stays with you. Caroline, the problem with ‘visions’ is that if all you see are flashes, it’s hard to piece together the puzzle. Appreciate all the thoughts and comments.

Glad you did, Jerri. I'm fascinated by visions or premonitions or whatever label put on this form of communication. I think humans are capable of tapping into another level and if you're open to it, then it's more likely to happen to you.

Never had a vision, but in the last house we lived in we thought we had a ghost. Nothing major, just little things, like knocks on doors and no one there, strange noises, and even once thought I saw something.

Jerri, I once walked into a shop in Oregon and felt the hairs on my neck stand up. I couldn't seem to control the "vibes" I was having and had to leave the store in a hurry. Later a friend told me she thought it was haunted. I definitely believe in angels and demons -- and that shop had the latter.

I agree with Brenda that people are capable of tapping into another level, but daily distractions make it tough to ponder the "unexplained". Great post!

That's quite a story,Jeri. Do you think that perhaps because you had a baby daughter it made you somehow more able to pick up on the emotions of another child? Weird, but as my Grannie always said: There are more things in heaven and Earth than this world dreams'. Great to 'meet' you!

You know I never thought about that. Perhaps it did.

Hi, and what an amazing column you posted! I don't doubt that this happened to you, but a lot of people who say things like this are phonies. That makes life harder on the person who is telling the truth, like you. I plan to visit this blog often and read all of your posts :) Rae

It's one of the reason I've never talked about it much. Appreciate the thought.