With A Little Help From My Friends...One Last Time by Margo Hoornstra 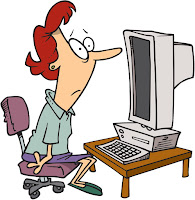 Writing, especially fiction writing, is basically a pretty lonely business. Hours upon hours and days upon days of solitude.
Derriere in the chair, fingers on the keyboard and/or pen and paper in hand, solitude. With our only company the characters who inadvertently pop into our head where they remain until we convert the particulars of their existence to the printed word.
Once that printed word is created, it’s time to bring in the troops.
In this case, my colleagues here at The Roses of Prose.
For the third, and I promise final time on these pages, I’m seeking input on the opening paragraphs of On The Make, Book 3 in my series, Brothers In Blue. 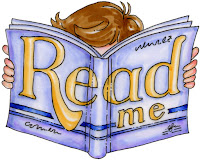 Hope you can stand it. Here goes.

On The Make - Chapter One
“Let us pray.”
Madison Clark dutifully lowered her head, along with scores of others in the huge, impersonal auditorium. In her case, more for show than reverence. Who held a funeral at a place like this? The Greater Metro Conference and Convention Center. Then again, nothing about her marriage to Joe, short as it was, could be construed as normal. Why should anything change now that he was gone?
“Dear Lord, we now commit Joseph Eugene Edward Ralls, this once earthly soul to your able and compassionate care.”
Dear Lord, please don’t let Joe run across Dave in the hereafter. Her two husbands meeting face to face, Dave would probably deck him.
“All mighty God, we ask that you grant those of us left behind the guidance to understand and the patience to accept Your decision.”
Pastor Gregg’s voice invaded her thoughts. Keeping her head down, she shifted her hips more snuggly into the plush, stadium style chair and sat straighter. Hard to believe it was only three short years ago when she’d buried one husband, the love of her life and soulmate, with their young sons, heart-broken and bewildered, on either side of her.
A mere thirty six months later, front and center in the jam-packed amphitheater, she prepared to bury spouse number two. Both sons on either side of her again.
“Bleep! Blip!”
Flashes of light to the left caught her attention. Cameron had his cell on his lap. Typical teen, both thumbs moved helter-skelter over the keyboard.
Irritation sparked her third nerve to its absolute limit. She touched his arm and squeezed, fully prepared with a stern look of reproach for when he glanced over at her. Which, of course, he didn’t.
About ready to scream, she squeezed harder.
Pushing one last icon with his thumb, he slid the device into his pants pocket.
“In Your name we pray. Amen.”
“Amen.”
Madison’s murmured response joined the rest of the chorus as all heads lifted as one.
Slight of build and balding, Pastor Gregg leaned into the dais for support. “Joe was a great man of many aspects.” He may have been done praying. He wasn’t done speaking. “Real estate mogul by profession. Community leader and philanthropist by choice.”
An ill-concealed sigh whooshed out of younger brother Dak. Madison angled a discreet glance to her right. Flounced back in his seat, he sighed again. Giving him a gentle elbow nudge, she followed up with a slight head shake when he immediately looked over.
“A man of many aspects in his personal life as well.” As the good reverend went on, she made sure all three of them paid close attention. “To Madison, a devoted husband. To Cameron and Dak, a loving and benevolent father.”
“Beussst!” Beside her, fourteen year old Cameron coughed into his elbow.
Keeping her gaze focused ahead, Madison could have sworn the word bullshit had been thinly disguised by his action.
“Bless you, son.” Pastor Gregg didn’t miss a beat. Apparently he wasn’t quite as perceptive as Cameron’s mother.
Her son coughed softly a second time in response.
Their pastor extended his arms, palms upward. “Our sincerest and most heartfelt condolences go now to the grieving little family before us.”

If you’re in to comparisons, here are the links to Attempt One and Attempt Two.
Thanks in advance for what I know will be some very insightful and valuable advice.
My days to blog here are the 11th and 23rd. For more about me and the stories I write, please visit my website

Email ThisBlogThis!Share to TwitterShare to FacebookShare to Pinterest
Labels: #amwriting, #editing, #rewriting, Brothers In blue, Margo Hoornstra, On the Make, roses of prose authors of women's fiction and romance

I like it. I want to know just what kind of man he really was. I want to know why she married him. I'll keep reading. And I like the kids. Very real with her reactions. One question--what is the third nerve?

Much, much better. Especially the boys. There are a few word choices, etc. to clean up, but I need to have something to do later, right? The only paragraph that still needs work (IMO) is this one:

Pastor Gregg’s voice invaded her thoughts. Keeping her head down, she shifted her hips more snuggly into the plush, stadium style chair and sat straighter. Hard to believe it was only three short years ago when she’d buried one husband, the love of her life and soulmate, with their young sons, heart-broken and bewildered, on either side of her.

You're telling how she felt about her first husband. Show it instead. First, I don't give a crap about the chair in this description. I want a reaction when she thinks of her first husband. Maybe her throat burns with tears when she remembers the similar situation 3 years before with the boys "heart-broken and bewildered, on either side of her." That part was good. She lets the tears fall, knowing people will believe she's mourning Joe not Dave. Something like that instead of telling us he was the love of her life. Okay, my job here is done! LOL

Oh I like Jannine's idea for her to cry and let everyone think it's for this husband.

Much improved, Margo...especially clarifying time frames. I don't get the significance of the funeral setting (I get that it's impersonal, but are we to guess that her dead husband picked it? Then the time spent on the place is important. I didn't know what to make of the 'man with many aspects' comment, repeated twice. What a neutral statement for a pastor to say...is the pastor in on what's bad about this dead guy? The teens seem more than rebellious for this time and place...almost as if they don't respect their mother. Thought you should know that was my takeaway. In fact, this reader hasn't bonded with widow, sons or this pastor...but is interested in the mystery of this marriage and what made this 'popular' man such a bad father/husband.

Nitpicks: Wouldn't it be 'younger son, Dak, instead of 'brother'? I don't know third nerve, either. Good work, Margo!

I saw the "third nerve" as a way to avoid the cliched "last nerve." I liked this version much better. I wondered why the service was held in such a place, but we never know everything at the beginning of a book. Do we? That's why we read on. Well done.

I confess to reading just for the pleasure of reading rather than with a critical eye, and I loved it. I wanted to know more about this young woman (at least I assume she's young with school-aged sons) and why she's widowed twice in a few short years. I like her and I like the boys. I wanted to laugh and sympathize with her at the same time.

But since you asked, I went back and read more carefully.

I stopped on the bit about the plushness of the chair, wondering if that was significant in some way.

And if felt a little awkward (to me!) for Madison to refer to herself as "Cameron's mother" when we're in her POV, unless I misread. (And that's another nitpick.) :-)

And...depending on the tone you want, I could use more emotion in the part where she's talking about the love of her life.

That's it for me! I can't wait to some day read Madison's story!

Thank you, thank you, Brenda. So noted about the third nerve. Maybe I should reword that if it stopped you.

Got it, Jannine. Love the idea of her having no problem letting the tears fall. Good work. Sorry, guys for my late responses today. (This seems the appropriate place to explain) I was at work and things were slow, so I spent the better part of six hours on Jannine’s latest wip. Got so involved with that, I neglected this. Sorry.

Me too, Brenda. She does have her moments doesn’t she? LOL

Thanks for the input, Rolynn. Actually a major part of the plot revolves around the rebellious older son. He’s supposed to appear to be less respectful of his mother, but I will be careful to no overdue that part. Guess I better change third nerve. I knew I could count on you.

Thanks, Vonnie. The ‘mystery’ about the venue is explained later on in the chapter when Joe’s ne’er do well brother comes on scene. Yep, you got the third nerve reference. Maybe I’ll leave it in after all.

Thanks for the extra effort, Leah. Much appreciated. Okay with the plushness. Since it’s been mentioned a few times. And yes, yes, yes to her grieving husband number one and figuring everyone would think the tears are for number two. I guess I used ‘Cameron’s mother’ as of way of her kind of asserting herself, to herself if you will. Since she and her eldest are kind of at odds when the story opens. Release in late 2019 is what’s planned so far.

One more thing. This is the last time I’ll seek help. Honest. LOL On this one, anyway.

Vastly improved, Margo. The third nerve stopped me, too. I like the idea of tears (really for Dave) that the audience will think is for Joe. My curiosity is piqued. I want to know why the auditorium, whose idea was that, etc. No need for it here, unless it's significant. The first sentence is great. It sets the scene. Wishing you lots of luck on this new book.

I'm feeling left out! the terms: third nerve and last nerve are terms I have NEVER experienced. And you know what a voracious reader I am. I wonder if the term are 'local'...east coast? mid west. I'm stumped!

Loved it, Margo. Loved the tone, loved the characters.
All the best, Annette

Thanks, Diane. I like that crying idea too. Plus her younger son, the sensitive one, could react to that maybe. The why the auditorium venue comes out in that chapter later on. Thanks for the luck wishes. BTW - I just got my galleys back on Book 2. I know what I’ll be doing in the near future. LOL

I don’t know if third nerve is a local term or not, Rolynn. I’ve just always heard it. Not sure from where. Hmmm. I just looked it up on line and got the medical condition third nerve palsy. Now I’m stumped too. LOL