Ever been to new England? I have. In fact, I grew up in a small town just north of Boston, and with Independence Day just around the corner, the revolutionary spirit of the region seems a perfect topic for today’s post. New England is a beautiful mix of coastal ports, rolling hills and forests, quiet villages and metropolitan centers. 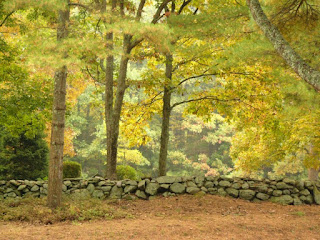 Then there is the history. Everywhere you look are reminders of the revolutionary war era, like the patchwork of stone walls crisscrossing just about every field and forest. Seriously, they're everywhere and my childhood imagination was sparked each time I spotted one. I'd find myself wondering who built them and why - when I wasn't picturing militia soldiers ducked behind the piles of stones as they battled the redcoats.

As I’ve grown older, my fascination with the history of the area has only grown more profound. Imagine the guts and pure determination of our founding fathers as they put their lives and treasure on the line to face down tyranny. Their strength of character gifted us with the legacy of freedom we enjoy today. I’d like to believe I would have joined their ranks, fighting alongside those brave souls as they forged the greatest system of rights the world has ever known, but I honestly don’t know if I have the courage required.

Centuries later, the cobbled streets and byways of New England lead eager travelers through the early steps of a young nation. If you’ve never had the opportunity to explore New England personally, I highly recommend the experience and when you do, here are a few of my favorite haunts. 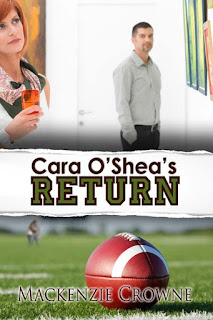 Posted by Mackenzie Crowne at 1:00 AM

I visited the Boston area back in high school (so yeah, MANY years ago) and was amazed at seeing the low stone fences all over the place, just like your photo. We stopped at one historic area (near Lexington and Concord, I believe) that had just the foundation of a Colonial-era house, and it was about the size of my dining room (which isn't that big!). I remember thinking, multiple people lived in this square footage?!?! Great reminder of our past and the values we cherish.

New England is definitely on my 'places I HAVE to visit' list. If only to honor those who sacrificed so much to give us so much.

I lived in New England two different summers and falls (Cape Cod and Vermont) when I was in my twenties, and I did the history/tourist thing in Boston and the surrounding area. I was a history major and LOVE the colonial time period. I felt so at home immersing myself in that era. My visit to Salem was probably my favorite. I wrote a historical romance set there since I was so enthralled with the history of the place. Great post, Mac!

Since two of my brothers live on the east coast, I've been lucky to have the chance to explore heritage sites. Williamsburg comes to mind. I was born in Ft. Meade, Maryland, a posting for my Army family, so there's a draw. Anyway I love exploring that area...and thinking about the grand immigrations that brought us all here. And comparing it to the chaos about immigration today. I'm glad revolution runs in the blood of Americans. Revolting has been on my mind lately.

New England is one of my favorite places to explore. Even though I spent most of my first 58 years in the Midwest, I have fond memories of summer vacations on Cape Cod and Nantucket.

I went to college in New England so know it well and, yes, it is full of history and lovely. Have gone back several times to visit--easy for me here on the east coast. Thanks Mac for the happy memories! And good luck with the book

I visited Boston many, many years ago. I have always been fascinated with New England and I loved Boston so much! I even attended a Red Sox/Yankees game at Fenway. It was heavenly! Enjoyed the post and the pics!