It Reminds Me Of The Time...#Good Friends #Good Memories

Two old friends came to stay with me this past weekend and it was like the years fell away and we'd seen each other yesterday. Food, conversation, and laughter filled my home. Though we've kept in contact through emails and phone calls nothing means as much as a face-to-face visit.

So much has happened since all three of us were in the same room together. We are now empty nesters. One has her first grandbaby on the way. Another one has a new daughter-in-law. My children are spread around the country and I got to tell how much fun it is to visit Arizona and Colorado when visiting them.

As I was shutting the curtains that first night, chimes filled the room, and I remembered that one of the women had given me the temple bells. Looking around I re-discovered my home was filled with gifts they'd given me over the years.

Pointing this out started a conversation of "I still have this (insert various items) that you gave me at such-and-such a time." It was a time or renewal and remembrance through the gifts we'd given over the years. Those things that we still keep on display year after year because they mean something to us. Take the elephant vase on my mantle as an example. I'd seen one and, for some reason, didn't buy it. I went back later to get it but it was gone. Tam, who was with me both times, kept an eye out for it unbeknownst to me. A year later she gave it to me after having found it in another state.

So the visit ended and my friends physically departed from my home. Yet, I realized, they're never truly gone. Not as long as I can hear Cathy's laugh every time the curtains brush the temple bells. Or when I look at the elephant vase that Tammy searched high and low for because she knew it would please me.

There are countless little memories of people and places throughout my home. All I need to do is remember to stop and remember. 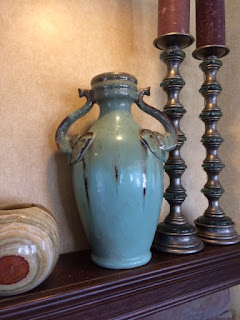 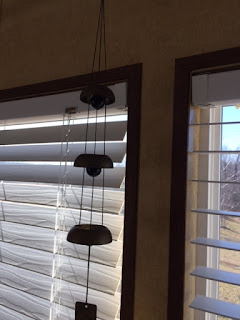 Eli Grayheart, vampire demon, lesser Lord of Inferna was banished to the mortal realm. For a decade, he has been reduced to working the night shift for human employers and little pay. As he desperately seeks a way back to his homeland, he has plotted his revenge. The pink Fae, known as Keeda Weranseer is going to regret the part she played in his exile. Ever more graphic plans for revenge fuel his life, and, he swears, if it takes forever and a night he will find his way back to Hell.


Enjoy my series featuring a family of vampires in the Blaustsaugers of Amber Heights Series for a little escapism. Where love, laughter, a little of the 'ick factor, and adventures fill the page.

See what I'm up to at remullins.com

Posted by remullins at 1:36 PM

What a terrific post, Robin. I have a friend like that. Every morning when I see the black and white "cow" tea kettle on my stove, I think of her!

I have friends like that. Each time we get together it’s like we haven’t been apart for months/years. Good friends. So glad you had that time together.

It was great and, hopefully, we'll do it again soon. Life, however, has a way of slipping away.

I also have items that bring warm memories back. Mostly those people are gone beyond touching. Enjoy the hugs.

Great post, Robin. Lucky you. Good friends are indeed precious. And missed so much when you lose them, as I did recently, although my good friend Barb Johnson lives on in my heart.

Lovely post, Robin. I also have those cherished mementos around my home. Just tonight I used a beautiful hand-made cup and saucer at dinner, and as I washed it afterward, I thought of my friend and how well she knows me. Thanks for the reminder of our reminders!

Good reminders of what is important, R.E. I envy all of you with long-time buds. Keep up those friendships...tangible evidence of those connections is sooooo important!

How fun! I love reuniting and reminiscing with old friends. Things can remind us of people, and I love having a material reminder of those I care about. Enjoyed the post!

Your relationship with your friends reminds me of my college roommate. We rarely see each other--she lives in Connecticut and I'm in California--but every time we talk, the years melt away.