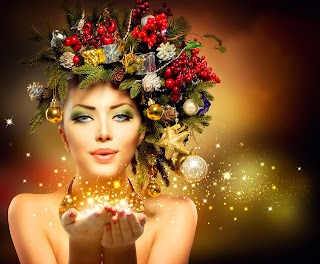 
She turned panic-stricken eyes to him. He had no idea what was wrong, but he would have moved mountains and slayed monsters to erase the fear from her face. 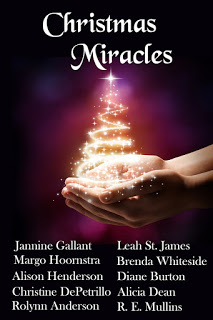 I hope you enjoyed Part 1 of my story. Tune in tomorrow for Part 2.
www.AliciaDean.com
Posted by Alicia Dean at 3:00 AM

Email ThisBlogThis!Share to TwitterShare to FacebookShare to Pinterest
Labels: Christmas Miracles, fairies, free Christmas stories, Merry Christmas, romance, The Roses of Prose Where Romance is Never Out of Season

Oh no!! My mind is jumping all over the place trying to figure out what's wrong! Great start. I can't wait for part 2! (And I LOVE the image at the beginning. She definitely looks like a joy fairy.) :-)

Thank you, Leah. I'm glad I left you in suspense. :) I like the image too...I thought it was fitting.

Oh oh. I see where this is headed. Great opening, Ally!

Well done, Alicia. You've got the kid and the guy in a happier place; what took the joy out of the fairy? I look forward to finding out tomorrow!

Aha! You got me. Great beginning. I think I know where we’re going, but i’ll Bet you’ll surprise us. Well done.

Thanks, Margo! I hope you'll be surprised, or at least entertained. :)

I love everything about the concept of the Joy Fairy, but yikes, now I'm almost afraid to read the next segment!

I am so hooked!

LOL, Alison, I hate to admit it, but I love to scare people. :) Even if it's in a mild way. Thank you so much!

Brenda and Christine, thank you!!! I was worried it was lame, but I'm so happy you are enjoying the concept.